By Remington Fioraso on September 23, 2014@https://twitter.com/RemingtonFD 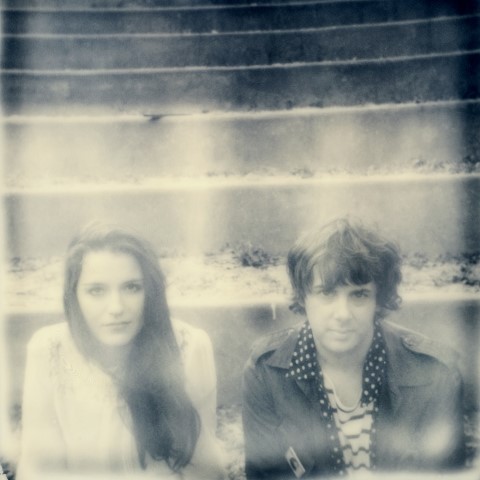 From Toronto, TV Sets is a lo-fi pop duo. Their debut EP, ‘Rat Tar Art’ is available on Bandcamp now. I had the opportunity to conduct an email interview with the duo. Be sure to continue reading to find out more about TV Sets and check out their EP!

Angela: Josh was in another band at the time and the guy who played keys was unable to play a huge NXNE show at the last moment, so he asked me to fill the spot. After that, we just never stopped playing music together which gave birth to TV Sets.

What have been some of your inspirations when writing?

Josh: Lately I’ve been inspired by stories. I love a good story and I love telling stories. It’s interesting that even though all of our stories are different, they have a common thread, a common theme. A need for love, acceptance, fun; a fear of loneliness, being broke, dying.

Angela: It’s heavy stuff but it’s interesting how much you learn about yourself when you listen to others. We want to capture a sense of truth in each song and tell a story about ourselves.

What can listeners expect to hear from your EP, “Rat Tar Art?”

Why did you choose to name your EP “Rat Tar Art”?

Josh: It appeared to us in a dream. In reality, it was much like our band name, over-analyzed to death. So we picked a few we liked and felt Rat Tar Art was best suited to our music.

Angela: Why? We were high on lack of sleep and black coffee.

In traditional Canadian Beats fashion, we like to include some fun questions to help fans get to know you a bit more!

Angela: Right now it’s a mix of Sons of Anarchy, Curb Your Enthusiasm, and Big Brother.

What is your favourite or most memorable theme song?

Angela: The Spice Girls. I’m pushing for Josh to yell “girl power” at the beginning of every set, but he’s still undecided.

What is your favourite thing to do in Toronto?

Angela: Our plan was to seal a kiss in each EP copy bought. Then we found out everything gets done online…so the kisses have been minimal. If you have downloaded our EP, and would like to collect your e-kiss, send us a message on our Facebook page www.facebook.com/tvsetsband and we will reply with an e-kiss emoji.