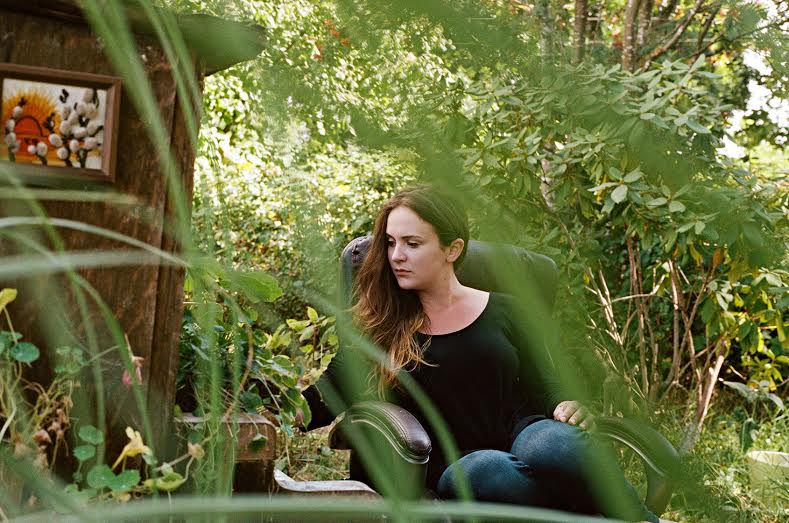 Vancouver based singer-songwriter, Laura Reznek is about to release her newest album, “Who Came Before Us” on October 3, 2014. In anticipation for the release, we decided to ask Laura a few questions about her music, influences & even some “random” questions that may give you the opportunity to learn something new about Laura.

LR: Music has always been a part of my life. I started violin when I was 4, then picked up piano around 12 which is pretty much around when I started fiddling around with songwriting. When I was a kid I really wanted to be a writer, so when I realized I could combine my two passions I knew that it was the only thing I wanted to do so I just kept doing it.

You have completed programs in both contemporary jazz vocal performance and sound engineering, do you think this is something more artists should do?

LR: Absolutely! I like to be able to have as much control over my music as I possibly can, so I felt having learning about the recording process from a technical side would be good for me. As an independent artist, funding your own projects is difficult so the more you can do for yourself the better. I feel music education in general is really important. I didn’t used to think so, but mostly because I hated any kind of school (I tried out a bunch of different ones) and am the least academic person you’ll ever meet. But I quickly realized that I grew more as a musician in the first couple months than I had since I started playing. I found VCC a really inspiring place to be. But like anything, it’s not for everyone.

Your new album, “Who Came Before Us” is to be released October 3, 2014, how would you say it compares to your previous release, “How Strange To Find You Here”?

LR: I kind of treated ‘How Strange to Find You Here’ as more of an experiment than anything. Most of the songs were ones I had written within the past 2-3 years leading up to it, and my partner, Jordan, and I were fresh out of recording school and wanted to make our own album. We started without a real game plan and just toiled away at it. It took about a year with lots of breaks in between, and I was going to VCC at the time so I feel like I grew a lot during the process. It’s just piano and vocals – I was going through a bit of a Boswell Sisters phase so wanted to experiment with harmonies. ‘Who Came Before Us’ is all new material written within the past year,performed with a new band, and sounds completely different.

What can you tell fans about the upcoming release?

LR: ‘Who Came Before Us’ is a 10-song album, cycling through different perspectives all on the theme of familial and ancestral bonds that tie us together; how what others have done before us and what we do in our lives affects the people who will come after. I really enjoy writing songs from the perspective of the elderly or deceased, so I had a lot of fun writing these ones. The whole album has kind of a psycedelic-cabaret-pop kind of feel, with a slight creepiness to it.

You have released the first single from the album, “The Ones You Love”, how has the response been?

What made you choose that song as the first single?

LR: That song for me kind of sums up the theme of the album; it’s written from the perspective of these children in a really creepy Victorian photograph I have hanging on my wall. I got really inspired by them because this picture has been around for over a hundred years and they’re still being thought and talked about, and the only thing I know about them is that they were all together when their picture was taken (that and they are my roommate’s ancestors). I had to make up what they did before and after that moment. It was the newest song and the album opener so I thought it would make a good introduction!

You have a CD Release show at Renegade Studios on October 3, when can fans expect a full Canadian tour?

LR: In the new year! I’ll be doing some mini-tours this fall – I’m heading up to the Okanagan in October, hopefully Alberta in November, and Vancouver Island in December.

Canadian Beats is all about Canadian music, if you had a chance to work with any other Canadian band/artist, who would you choose and why?

LR: Oh man, there are so many! Though my top 2 would be Patrick Watson and Sarah Slean. Both of them have gotten me through some crazy times, and keep inspiring me over and over again.

In true Canadian Beats fashion, we like to ask some “random” questions to give the fans a chance to learn something new about you.

LR: I’d be lying if I didn’t say ‘Oops! I Did it Again’ by Britney Spears. My cousin showed it to me when I was about 7 and saved up my allowance to buy my own copy. I realized a while later that she didn’t actually write ‘I Can’t Get No Satisfaction’ and I was thoroughly disappointed.

What is your favourite television show?

If you were to go to an amusement park, which ride would you run to first?

LR: I’d probably head straight to ‘Whack-A-Mole’ — I’m so scared of rides I can’t even go on the Ferris Wheel. I don’t trust those things. I can sort of handle the swings.

When you have a day off, what could we find you doing?

LR: Probably frolicking in the woods with my dog!

LR: The biggest and the guiltiest would have to be One Direction. My love for them is purely ironic. But not really.

LR: Hello hello! Thanks for listening!