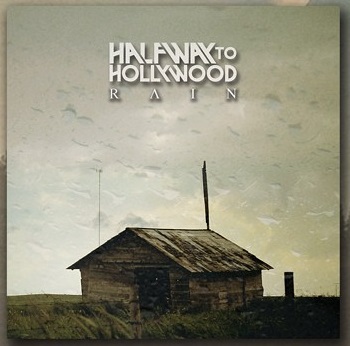 Vancouver based pop band, Halfway to Hollywood has just released their third EP, “Rain”. The EP was eagerly awaited by fans of the band, since their second EP, “Party Like It’s Prom Night” was released on March 1, 2013.

If you follow Canadian Beats at all, you’ve definitely read about Halfway to Hollywood as myself, and the writers are all huge fans, and have been part of the fan base that have been anxiously awaiting the new music.

Grant Walker (Vocals/ Guitar) , Brenden White (Bass) & Roman Zugarazo (Drums) make up the pop trio, and when you watch them in videos, or performing live, it is clear that they are loving what they are doing, and of course you can hear that through the music as well.

The EP features 5 songs, including the single, “We Are The Wild Ones” that has been in regular rotation in my house since the release. I can see that the rest of the songs will be no different. Each song is the type of song that pulls me in. “Moments” is my favourite on the EP, after listening twice, I was already singing along. Grant’s vocals are absolutely amazing in this song. I hope to see this one become a single, because I think it will be a hit!

“Me Against the World” is not far behind in terms of my favourites on the EP, but then again, I find it hard to pick a favourite when each song is as good as the last. This song attracts me more specifically as it is a more inspirational song, about doing what you want to, and working hard to get what you want. It’s a super song, that I would recommend to anyone.

Now I have to mention the last song, “Please, Please”, as it’s the slow song on the album and even though it’s less energetic, it really showcases Grant’s vocals, which I didn’t think I could enjoy more, but in this song, he proved me wrong. The song has a raw, natural feeling to it, which is very unlike most of the bands songs, but it fits in well, and gives the fan base a chance to hear a different side of the band.

This EP is going to be played constantly in my house, and I highly recommend you all go to iTunes now, and purchase it! You won’t regret it.