By Jordyn Armstrong on September 20, 2014@jordynhannah95 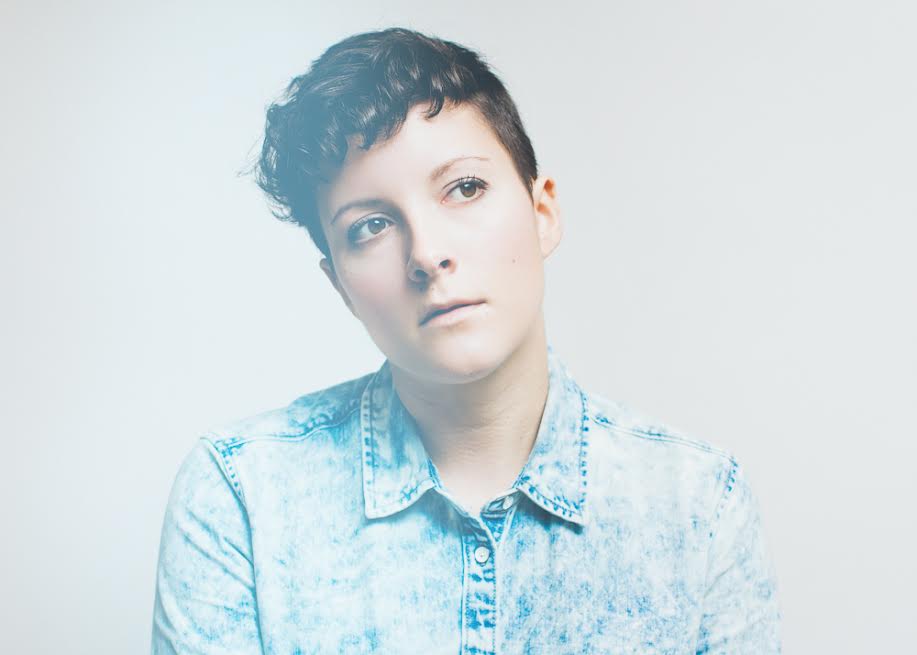 Maritime singer-songwriter Ria Mae has released her newest single, “Clothes Off” on September 16th. Ria is from Halifax, Nova Scotia and she makes the east coast very proud. She has won a number of titles and is spreading her success to the US as well. To see what Ria Mae is up to now, check out this interview!

What was the inspiration behind the song “Clothes Off”?

RM: Honestly, this is one of the only songs I’ve written that’s not about someone in particular.. I was in Montreal for awhile last fall, and that city… it’s just so different from Halifax. Everything is sexier and cooler. One night after a few drinks in the Mile End, I came back to the condo I was staying at and I was riffing on that guitar line for a bit,, to me, it sounded like a Gnarles Barkley song..the words came out really fast, and I thought it was funny and also really catchy.

How has the response been so far from the fans?

RM: It’s been great. The cool thing is that this song is the first one of mine that’s caught on to mainstream radio, so its been fun to hear from people who only listen to Top 40 and those types of stations. The songs only been out for a few days, but so far so good!

Describe the experience you had while working with Classified for the song. Was it something you had wanted to do for a while?

RM: I’ve been a fan of Classified for awhile. He had a song called ‘Hey Now’ that sampled Crowded House.. I heard it when I was younger and loved it right away. Working with him is just so fun. He’s so good. He doesn’t settle for anything less than awesome arrangements. I learn so much when I work with him and I get so inspired by his work ethic.

If you could describe your music in one word what would you choose and why?

RM: hmmm.. that’s a tough one. I don’t know if I could choose one word, but I will say that the new stuff that Ill be releasing this year gives a better and bigger picture of who I am as an artist. I take my career seriously, but I don’t take my self so serious in the new music. I love having fun with songs and seeing what they turn into. I really love exploring new topics.

Do you find it easiest to write the lyrics first or the music?

RM: I always write the melody first. Then I just try my best to match lyrics to the feeling of the song. When I’m writing a new tune, it sounds like gibberish with a few words mixed in. Its like Sodoku once the words start.

Would you say it is harder to come up through the music scene from the east coast rather than bigger cities like Toronto or Vancouver?

RM: I think its easier to start out on the east coast. Its so small that new artists can get a buzz pretty easy if they’re good. I think its harder to progress to the next level when you’re out here. We are a bit cut off from the Canadian scene sometimes.. It makes it all that more exciting when artists like Classified, David Myles and JRDN break out to the rest of the country. The first time I heard JRDN on the radio, I felt like it was me! I screamed and danced around my house, no word of a lie. Such a great feeling when good things happen to Halifax artists.

At what age did you decide music is what you wanted to do?

RM: I live in my head a lot. Since I was very young, I’ve always thought about it and always wrote songs, but I struggled with being shy and had bad stage fright. I graduated highschool and went to college for two years.. after that, I realized I had to give it my all or Id be stuck doing something else.

Do you have any touring coming up?

RM: I have a few more things to release this fall and then will be on tour in Canada and the US.

You have won many awards so far, including a Juno. What was your reaction to winning your first one?

RM: I haven’t won a Juno. I’ve won an ECMA and Radio Star, several song competitions and stuff like that, but I HOPE to win a Juno one day. I was in the studio with Classified twice now when he got nominated. I also have a couple friends who have won. I like to think I’m a good luck charm for other people winning junos!

What is some advice you would give young aspiring artists?

Since Canadian Beats is about Canadian music, who are some of your favourite musicians from the great white north?

The next few questions are going to be a little different and fun.

Are there any talents you have that others may not know about?

RM: I am a trained Construction Tech/Manager. I only worked in the field for about a year and a half.

If you could tour with any two other Canadian musicians/bands who would they be?

RM: hmmm, I’d love to either tour solo/acoustic with Jann Arden, or full band opening for Classified. I’ve been listening to Dear Rouge lately..would be fun to tour with them too..

If you had to listen to only one album for a full year, which one would you choose?

RM: Would be Sam Cooke or Van Morrison. I never get sick of them.

Which of your songs do you think is the best representation of who you are as a musician?

RM: I think you might need a few to get a good grasp on who I am…I’d say Under Your Skin, Leaving Today, and Clothes Off. Get those three!

RM: Thank you, thank you. I feel very supported.