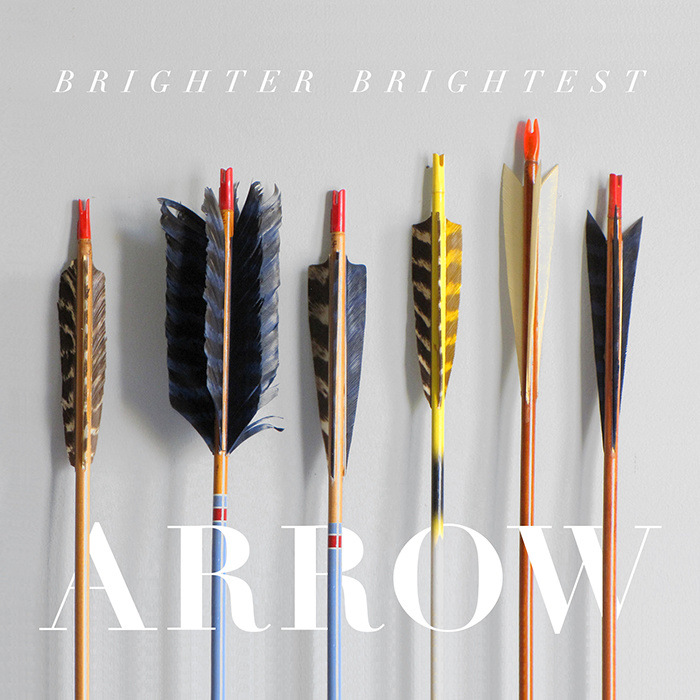 Three years following the release of Right For Me, Brighter Brightest have released their newest EP, Arrow. The band consists of Derek Hoffman (vocals/guitar), Alex Westgate (bass/vocals), Kyle Topping (guitar), and Ryan Mansbridge (drums). Not only did the band write and perform all the tracks on the album, but Alex did the artwork and it was recorded, engineered, produced and mixed by Derek at his new studio Fox Sounds in Toronto.

“Strike Gold” is the first track off Arrow. It’s also my favorite song from the EP. It’s nothing I’ve heard from Brighter Brightest before. If you like that pop rock dance vibe, this is the song for you. I think it’s a great opener to the album.

My second favorite track from the EP would be “Grey Sweater”. From the minute I heard this song it was stuck in my head, especially the line “You’re just cold weather and a light grey sweater to me”.

If you like pop rock music, I highly suggest checking out Arrow. There isn’t a song on the album that I don’t like. Brighter Brightest even decided to make it pay what you can so even if you don’t have a lot of money to spare, or any for that matter, you can get it. Yes, that’s right, you can get the album for free if you so please.