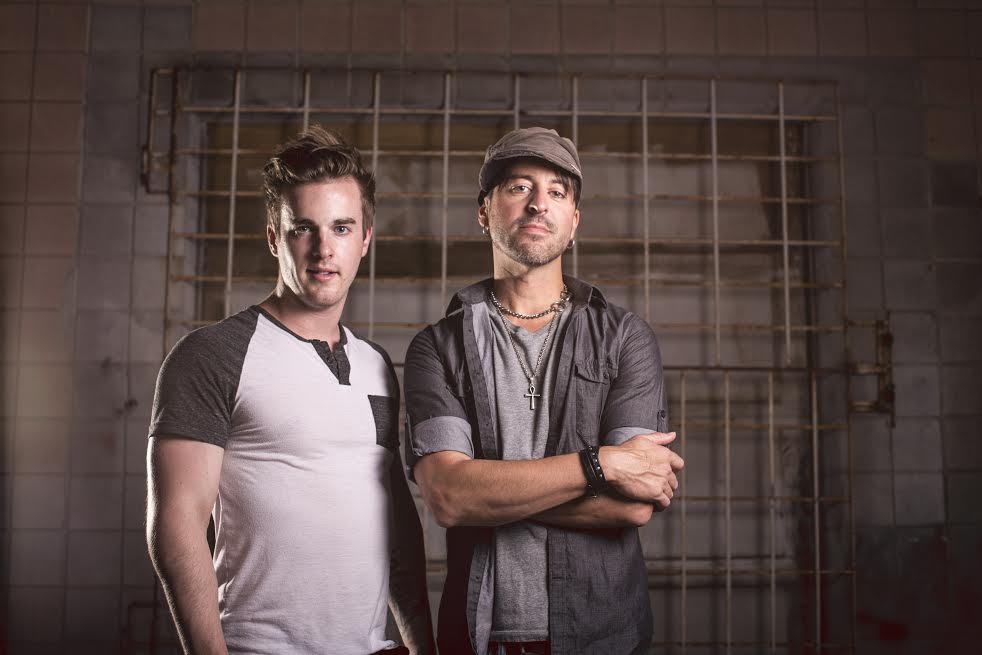 TwoShine County are a country rock band from Alberta. The band is made of Daron Schofield and Dennis Hann. They recently released their second single, Whole Lotta Love, to radio and iTunes on August 25th. If you want to get to know the band better, here is your chance. Check out the interview below.

Can you describe your music for people who haven’t heard of you before?

DARON: Music for us is about feel, energy and connection. We draw from many different influences and it all comes out in a sort of melting pot of flavours. It’s a modern / old-school cross-pollinated country/rock blend. From the rowdy, but melodic, guitars to the intertwined vocal harmonies, there is definitely something for everyone. We will get your feet stompin, your heart beating and your soul singing.

You just released Whole Lotta Love to iTunes and radio. How did you decide what would be the single to follow up Make It With You?

DENNIS: Daron and I never stop writing new songs, and although there are always plenty of options, we always go with our best gut feeling. Whatever song undeniably keeps popping up in our minds, and makes us feel confident, that’s our winner.

You recorded your first 4 song EP at 2013 CCMA Award a Winning Recording Studio, MCC Recording in Calgary. What was it like recording in a studio that?

DARON: Whenever we get to capture our creations in a studio it’s always a thrill, but when you experience a studio that feels like home, you know you’ve found something special. I’ve worked with the MCC team on many occasions, so when it came time to start this project, we looked no further. Dennis and I have a very dynamic creativity and connection in the studio and Johnny Gasparic (engineer), not only captures what’s going on, but adds to it. We definitely do lots of pre-production on our own to prepare for the studio, but the best part of recording is finding that magic, that extra hook, those little nuances that lift the track to a whole new level.

You opened for Dean Brody on Canada Day. How was that experience? What was the crowd reaction?

DENNIS: Opening up for Dean Brody on Canada Day was an absolutely surreal experience. Dean has always been a big influence of mine, and a lot of his music inspired me to take my own first steps into country music. To share the stage with someone who’s been that type of inspiration to me was jarring and unbelievably rewarding.
As we were getting ready to take the stage we could already feel the energy of the crowd, and once we started playing, it just went full throttle. Seeing the sea of faces sing along with our tunes that we are so proud of was a moment to remember. There’s nothing quite like a show where the crowd is giving just as much to the moment as you are. It was wild to say the least.

You had worked with each other in the past as performer and songwriter. Was it a natural progression to start performing and writing together?

DENNIS: All the way back to some of the first bands I had ever played in, Daron was always an ear and producer I trusted over everyone else. We had worked on numerous projects together, some in the producer-artist role, and sometimes on different projects together. I approached Daron to bend his ear on some new ideas and songs, and we ended up writing together. After a few sessions of writing together, it was undeniable. The way we clicked on writing the tunes was so comfortable, and we had no doubt that it was time to take it head on. It’s hard to believe we were sitting on this project for all these years, but we’re more than excited to finally team up.

Is there any plans to record another EP or a full length album?

DARON: In an ever changing music industry, you never know what might be coming up next, but as for the immediate future, it’s still a singles world. With the recent release of our sing single, Whole Lotta Love, we are excited to see what the next few months hold for us. It is a bit of a ‘watch and wait’ type of game right now, but the goal is to make as much noise in the industry as we can, with a few singles, and then eventually launch a full length album when the time is right. It may be sooner than later, but regardless it is full steam ahead. We are always writing, recording and working on the full project.

DENNIS: Growing up I listened to just about every Merle Haggard record there is with my Dad. His music and his songs definitely resonate with me. If I had to pick a more current artist it would definitely have to be Keith Urban or Brad Paisley. The way those guys infuse rockin’ guitars into country is a huge inspiration of mine.

DARON: That is such a hard question. There are so many great musicians, songwriters and producers from every genre, not to mention talent in our own back yard here in Calgary. It would be amazing to work with a producer like Dan Huff or Steve Lillywhite – just the history and catalogue of projects they’ve worked on – it would be impossible not to absorb some of their knowledge and experience. As for artists – Keith Urban, Prince, and U2. I would love to hear Prince throw down some country licks on guitar. The influence and innovation of those three artists is what draws me to them the most.

DENNIS: I’m absolutely thrilled with the company we have here in Canada in the country music scene. From the driving country rock of Dallas Smith, the honest songwriting of Dean Brody, and the ultra talented guitar styling of Lindsey Ell, what’s not to love?

DARON: Even just locally I could name a ton of great artists/bands, but you’ve got to give a huge shout out to what George Canyon has done for Canadian Country Music – he’s a great talent. I’m a huge fan of the Road Hammers and the way they are pushing the limits of Canadian Country, and always enjoy chatting with those boys. Of course Lindsay Ell, she’s worked so hard to get where she is. I remember visiting her down in Nashville a while back, knowing that things were going to take off for her. I could probably put her on the list to collaborate with too, but who wouldn’t? 🙂

DENNIS: Keep supporting and loving country music. I have no problem saying country music lovers are the strongest fan group and music supporters in the world. You accept such diversity in this genre, allowing all kinds of country artists to flourish, and more importantly you just flat out love having a good time. Keep going to see your favourite country acts, and just keep being part of this big family we call country music!

DARON: A Huge THANK-YOU. I don’t think any other genre of music has fans this dedicated, this supportive, this rowdy! These people know how to let loose and have fun. We have been overwhelmed with the response and love for TwoShine. The reason why we make music is to connect with you. Keep supporting music. Keep it alive, and thank you for being apart of our TwoShine Family!