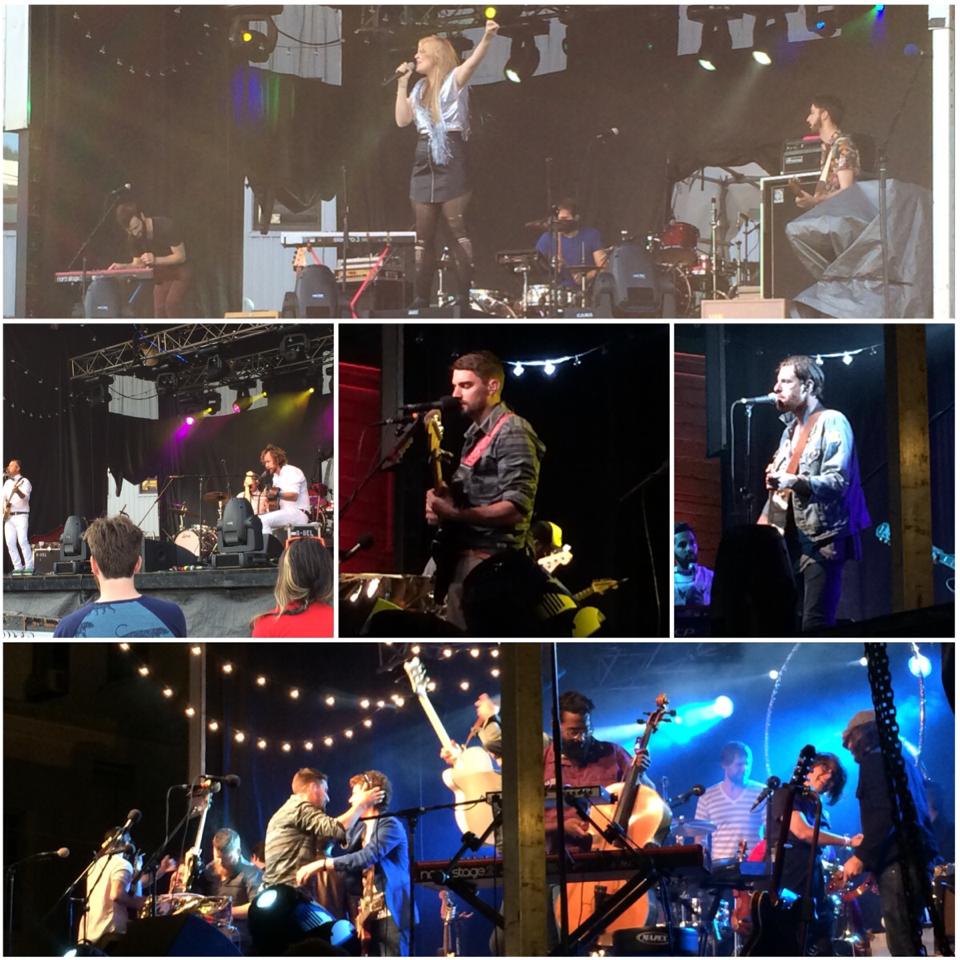 August 30th was the first, of hopefully, an annual event. Harbourage took place on the St. John’s Harbourfront with acts such as Mick Davis’ Thin Love, Repartee, Elliott Brood, Matt Mays and Hey Rosetta!. The event was deemed a success with around 3,500 people attending.

While the crowd was small for Mick Davis and his new band, Thin Love, they owned the afternoon with a great cover of Don’t You Forget About Me by Simple Minds. Besides that song they did all original songs that you’ll find on the CD.

Repartee were up next where they performed some new and old songs. The crowd definitely were kept entertained by the synth pop band.

Elliott Brood quickly followed up, stating they were a little confused when they thought they were invited to play a metal festival, “HarbouRAGE”. I had never heard this band before but I was very impressed and learned that it wasn’t their first time in Newfoundland either. They have a new album coming out on October 21st, coincidentally the same day as Hey Rosetta!.

Quite a crowd was formed by the time Matt Mays hit the stage. You could really tell the entire band were very into the music and really loved what they were doing.

Lastly, headliners Hey Rosetta! hit the stage. Now, Hey Rosetta! are always a huge hit in St. John’s. If you have ever seen them live you know why. They put on an amazing live show. They played some old favorites as well as some new songs that will be on their October 21st release.

Another few highlights include the DJ’s between sets saying that they were “the two shortest DJ’s in St. John’s behind the tallest fence” and the Happy Diamond, a boat that happened to be in the harbour at the same time of the concert. The people on the boat were watching the entire show and getting show outs from most acts.