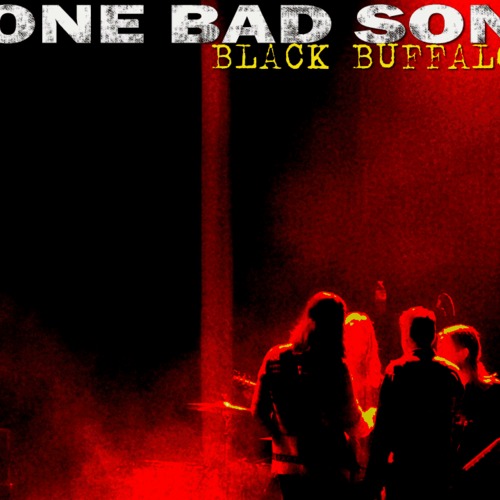 One Bad Son is a rock band from Saskatoon but now based in Vancouver, the band is signed to 604 Records and has just released their fourth album, “Black Buffalo”. The album starts strong with the title track, which will get you moving and singing along as soon as you hear it.

The band has a lot of energy and it shows through each and every song on the album. I had a lot of trouble picking certain songs to talk about on this album, as each of them draw you in. “Decades” has to be one of my favourites. The vocals are great, it is pure rock but has an edge that almost sounds country, which is a nice addition to the song.

“Psycho Killer”, again full of energy, but unlike “Decades” it has more of a classic rock vibe to it. I can’t get enough of this song, and it is one that I highly recommend.

As I’ve already mentioned, it was hard to choose a few songs to talk about because each song has it’s own unique sound, but that being said, each get you hooked immediately. The lead single from the album, “Satelitte Hotel” is one of the more mainstream sounding songs on the album, and I would say it could appeal to fans of many genres, and I can see why it has cracked the top 5 on the Mediabase Active Rock chart.

This album is a great example of a perfectly put together work of art, which will likely appeal to a variety of people, with a variety of a different tastes in music!