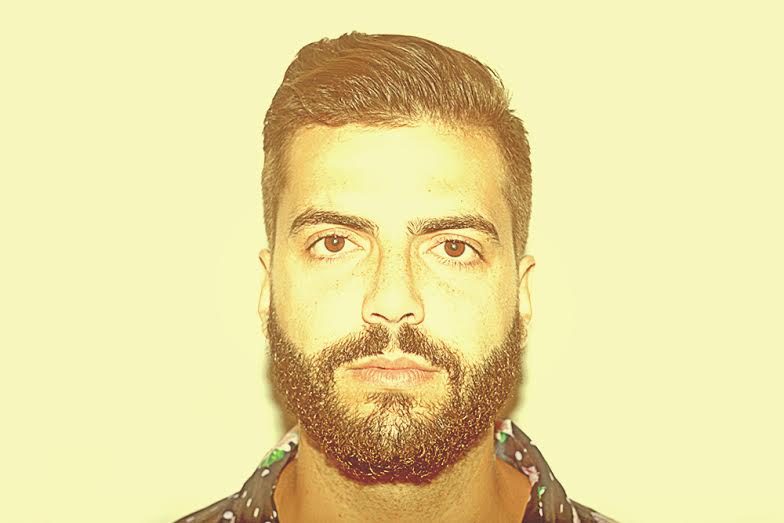 Shaky Knees is the solo project of Bruno Bin, a singer-songwriter originally from São Paulo, Brazil but currently based out of Toronto, ON. He joined his first band at the age of 15 and has been living in Canada since the age of 20. We asked him a few questions about his music, check it out below.

For those who don’t know Shaky Knees, how can you quickly sum up your music?

SK: Folk/rock with influences from the blues and Brazilian roots.

Where did the name Shaky Knees come from?

SK: Random brainstorming session with my good friend Ryan Faist. We had a huge list of ideas; eventually we somehow got to Shaky Knees. It had a good ring to it and made sense with the music.

You moved to Canada from Brazil when you were 20. What pushed you to make that decision?

SK: I still ask myself that same question. I had a friend who lived here and once mentioned I could stay at his place for a few months if I wanted to come learn English. It sounded like an adventure so I did. I’m not even kidding, the moment I landed I knew I wanted to stay.

After moving to Canada, you went on several tours including ones as the lead guitar player and front man of Inner City Elegance. What’s it like going from a touring band environment to touring as a solo artist?

SK: It’s been really rewarding. Obviously, there’s a lot more on my plate, more responsibilities but also a lot more freedom.
I have an ever-rotating slew of musicians I play with, which creatively is amazing. Sometimes I’ll play with a three-piece band, sometimes we’ll have a horns session, or a piano player. Sometimes it’s just me and my acoustic guitar. It keeps things interesting not only for myself but also for the audience.

Because we usually only get to play together once or twice before a gig, there’s always an element of surprise, excitement, CHAOS. The idea that everything could go wrong is very real and I find that’s when I perform best. It’s never a dull set. We either nail it, or absolutely bomb it; and I’m ok with that.

In 2013, you released 15 songs that were recorded live in one take on the streets of Toronto and New York. Why did you decide to take this route instead of a more traditional route of a going into a studio?

SK: I felt it would be a good way to establish the roots of Shaky Knees. Again, being said it’s so much about real music, less structure, it just made sense. These days there’s no right or wrong anymore. Each artist just gotta find what works for them. I plan on doing more of those videos, it’s such a great excuse to travel too!

You have recently finished your debut full-length album, and it has gone up for pre-sale, what did you enjoy most about the process?

SK: The whole process was amazing. Most of the record was produced by Moon:and:6, who was the first person to really get what I was going for. Being in the studio with someone of his caliber really helped me focus on the performance and trust that he had the technical aspect of it fully covered. We recorded at Catherine North Studios in Hamilton. The place used to be a church; high ceilings, huge room, which means we could track the electric songs playing live with no click and still sound great. Lots of pressure on everyone, but as a result it really sounds like a band playing live, which was really important to me.
One of the tracks, “Won’t Beg You”, was produced by Boy Wonder at a cottage in Georgina Island. We went over for the weekend and tracked it live, one take, on a beautiful Summer night. I also got to work on one track, “All That You Deserve”, a song I wrote for my mom, with award-winning Canadian producer Gavin Bradley, which to be honest was mind blowing. He’s worked with Nelly Furtado, Kylie Minogue, Joss Stone, Serena Ryder, we became really good friends, he taught me so much about the industry and in the end, I had this beautiful track he produced. The artwork was done by the really talented Finnish artist Emilia Kannosto, which was the cherry at the top. I can’t wait for everyone to hear the album.

SK: Yeah, for sure, I think good things come out of collaborations. Matt Mays?

SK: Thank you for your support, I’m excited for everyone to hear the new album and I hope to see you at a show soon! Thank you Canadian Beats for the feature. Good people doing good things!