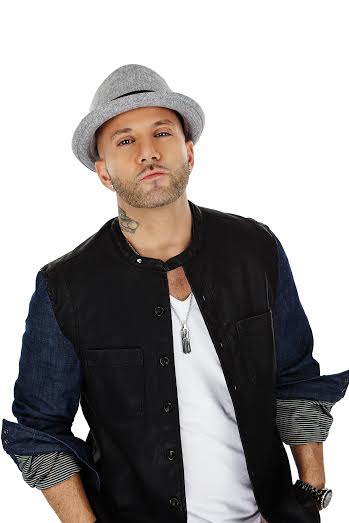 Karl Wolf, an award winning and triple platinum selling R&B artist from Montreal is a name you may be familiar with. You probably know his very successful take on the Toto song, “Africa”, as well as other songs such as “Carrera” and “Yala Habibi”. His fifth full length album, ‘Stereotype’, is being released tomorrow, August 19, 2014. He has already released two singles from this album, “Magic Hotel”, which features Timbaland BK Brasco, and most recently “Summertime/ Let’s Get Rowdy” featuring Fatman Scoop. If that doesn’t get you pumped for his upcoming album, “Stereotype” I don’t know what will.

Be sure to check out the song on iTunes, as well as his social media sites for any news on his upcoming release. Also, be sure to keep an eye out on Canadian Beats for the album review.

KW: Both of my parents were musicians growing up. My mom was a piano teacher and dad would always play the guitar and drums around the house. We were pretty much a musical family. I recall times when I would come back from school and ask my parents questions like “why don’t other parents play music?” I never understood that it was a “gift”. I always just assumed that everyone’s parents were musicians like mine.

KW: My biggest musical influence would have to be Michael Jackson. His energy on stage was mind blowing. He understood the spiritual connection to the fan via music as energy.

KW: I’m inspired daily by most things we live through as human beings. Really, anything from breakups and celebrations to war and human rights.

You just released a video for your single, “Summertime/ Let’s Get Rowdy” featuring Fatman Scoop, how has the response been so far?

KW: The response has been phenomenal so far. I love creating videos that transcend cultures. I think I’m secretly trying to unite the East and West! LOL

Your upcoming album, Stereotype is being released on August 19, what can you tell us about it?

KW: This album is a little different than any previous albums I have put together before. It’s more organic and personal. There is definitely a hint of Motown, soul, disco and funk in some of the tracks. However I still made sure to include some of my signature reggae and dancehall sounds sprinkled throughout.

When can fans expect a tour?
KW: We are working on putting together a full nationwide tour around September or October at the latest. So stayed tuned on KARLWOLF.COM for more details.

If you weren’t in the music industry, what do you think you’d be doing?

KW: If I wasn’t in the music Industry I guess I would be making films. I went to University for film.

KW: I would eliminate the fact that anyone can be a singer with the effects and computer manipulation we have today. To the public the difference between a real good singer and a bad one is not very obvious anymore.

KW: I absolutely think that the Social media aspect has created a “different” but “cool” tool for musicians. On one hand, it can actually give chances to new up and comers by garnering some kind of online following. With that said I also believe that the market is so saturated with tons of new artists as well and that can clutter people’s attention. So in retrospect it can also make it harder for an artist to sustain some longevity today.

If someone hadn’t heard your music before, how would you describe it to them?

KW: RNB / Dancehall mixed with a Middle Eastern twist at the end. Of course, I also do mess with several genres but I would say this one’s the most common.

KW: I have two…one of them was when I was 5 years old and I won my first Tennis Trophy! The second was my first kiss…her name was “Nadine” 

KW: “Seinfeld” / ”Back to the Future” trilogy