Interview – Where Giants Once Stood 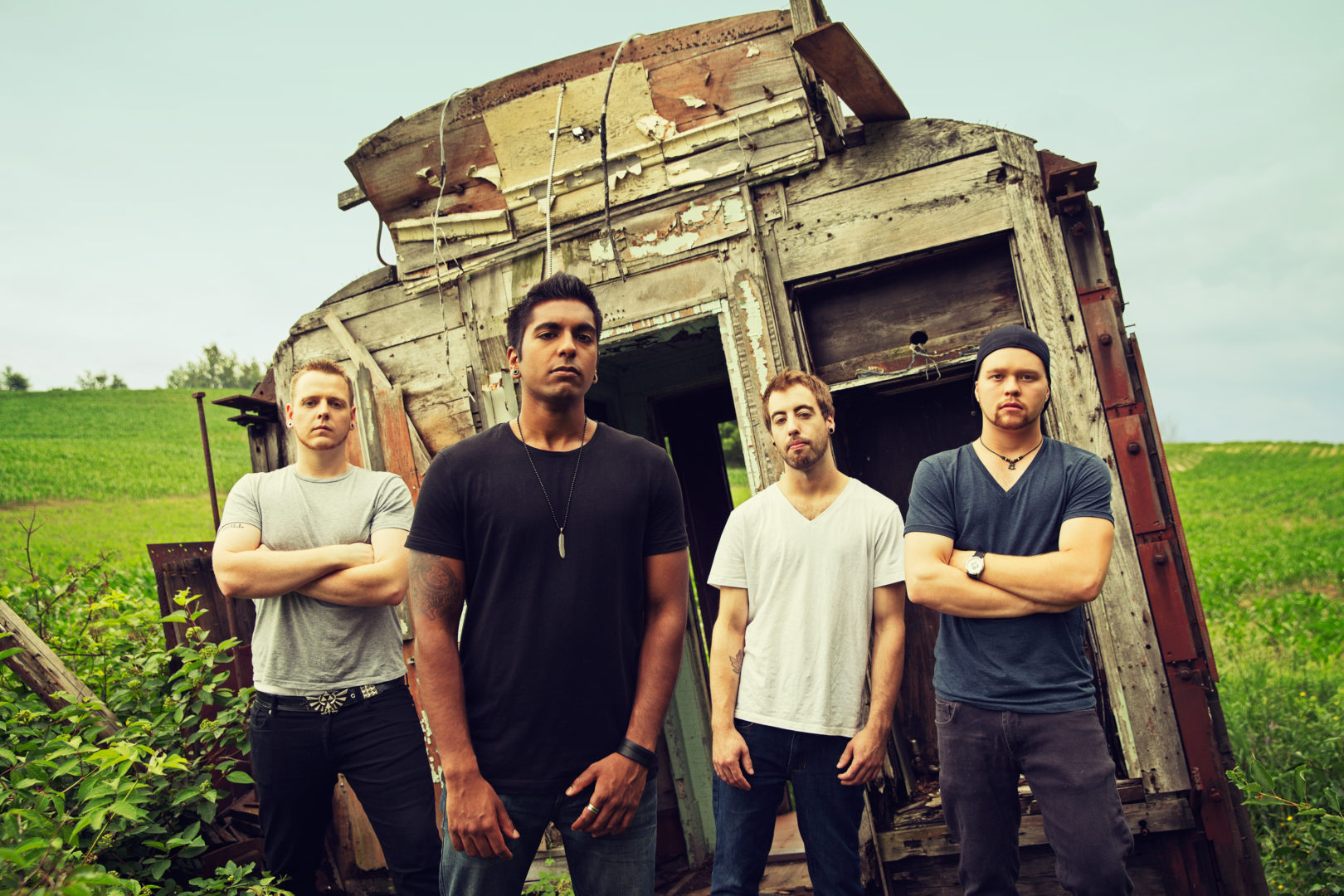 Toronto metalcore band, Where Giants Once Stood is gearing up to release their second EP “Live Above” on September 2nd. The band consists of Reshaun Page (vocals), Jordan Turnball (guitar/vocals), Scott Major (rhythm guitar/vocals) and Austin Hamilton (drums). If you want to get to know more about these guys, you should keep reading.

What can you tell us about “Live Above”? What is the inspiration behind it?

Reshaun –“Live above” is our second self released EP. We decided to write more positive, uplifting songs that anyone can interpret their own story to. Our first EP was definitely a lot more angry, and darker only because each band member was going through their own personal changes at the time (hence the title) but this time, the 4 of us have grown up a bit, and realized we don’t want to be a negative band. Not that I’m saying we’re only going to write “happy, goodtime” songs, because “Live Above” still touches on many deep subject matters, such as bullying and being isolated in life, but the main message is portraying how to overcome the bad times.

How does this one differ from your first EP, “The Changing”? And where can fans pick up these if they don’t have it already?

Reshaun- It’s definitely a lot more mature sounding in every way. We started writing “The Changing” before the bands actual inception. We didn’t have a solidified line up until the middle, where Austin; our drummer, joined the band after 3 written songs. So he didn’t really have any personal input except to write new drum parts to the songs that were already done. In all honesty, we were kind of all over the place, trying to re launch this new band and make everything work. Whereas during the “Live Above” writing sessions, we finally had 5 months of playing live together, and just finished 2 self booked tours. So we really knew each other a lot better, and everyone had their input and worked on the songs as an actual band. It seemed a lot easier getting this EP together.

You can grab the “The Changing EP” on iTunes for a very reasonable price! “Live above” will be out September 2nd which will actually be cheaper. You can pre-order the EP right now!

The name of your band is pretty rad. How did you guys come up with it?

Reshaun- Jordan came up with the name when we were brainstorming ideas. I really thought about what it could mean. When I think of our band’s name; to me, its realizing where the “Giant” bands today used to be. Everything we’re doing right now is paying our dues. We have the desire to make something of this band, and in order to do that, we have to work hard non- stop. It’s not all that pretty. The name is sort of paying a tribute to our idols who worked super hard to where they are today. Overall, that inspires me to not give up.

Reshaun- Jordan and I were playing in another band for a year. I actually joined his band when my old one decided to call it quits. Then when Scott joined, we realized we should relaunch a new band, and start fresh!

What are some of your main inspirations for writing songs? What comes first, the music or the lyrics?

Reshaun- Jordan and Scott (the guitar players) compose the music together first. I’m always writing lyrics, whether it goes in a song or not. My inspiration comes from interpreting my own story from listening to music, and pretty much living life.

I choose my favorite lyrics, and bring them to Scott and Jordan. We work on them together, and they help me with the phrasing and modify some words. I love the team effort when working with the lyrics!

Any tips for anyone trying to write their own stuff?

Reshaun- Listen to EVERYTHING and gather inspiration from all sorts of genres. That way you can create something unique of your own. I personally don’t listen to much metal bands of our style, when working on lyrics. Hard rock groups like Five Finger Death Punch and Godsmack were on my go to bands when trying to come up stuff for “Live Above”

We throw in fun questions to keep things even more interesting:

Reshaun- I don’t like to really play that much video games. haha! I don’t mind watching others play though.

Growing up, who was your celebrity crush?

Reshaun- I’d say Jennifer Love Hewitt. As a kid, when I first saw the horror movie, “I Know What You Did Last Summer” – I instantly fell in love.

If you could trade places with one artist for a day, who would you choose and why?

Reshaun- Randy Blythe. He’s biggest reason why I wanted to be in a band and focus on screaming techniques.

Reshaun- Please pre- order our new EP. It would mean the world to us. When it comes out, please comment and tell us what you think of it! We love reading all the constructive feedback.