Interview – Theory of a Deadman 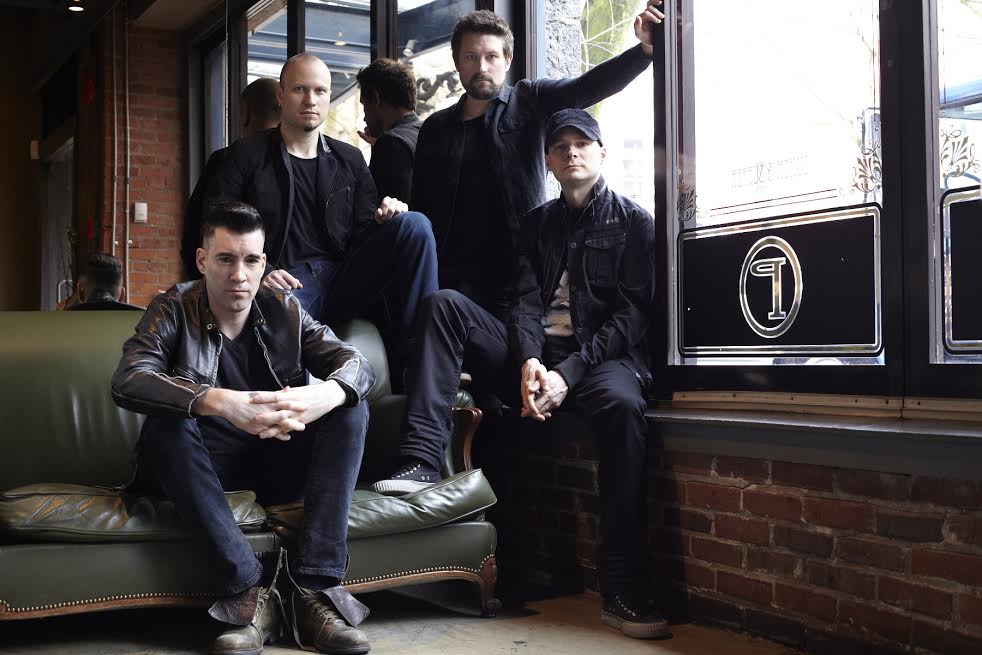 When you think of Canadian music, there are more than likely a few bands that come to mind immediately, one of them might be Theory of a Deadman, and I’m very excited to say that I have been given the chance to interview Tyler Connolly, lead singer/ guitarist of this accomplished Canadian rock band.

If you are one of the few who are not aware of Theory of a Deadman, here’s a brief introduction. The band is from Vancouver, British Columbia, and is signed to Roadrunner Records/ 604 Records. TOAD is made up of four talented musicians, Tyler Connolly (Vocals/ Guitar), Dean Back (Bass), David Brenner (Guitar) and Joe Dandeneau (Drums).

They have just released their fifth album, Savages, which sticks to their edgy rock sound which we have heard from their previous albums.

Now let’s get to the interview, I hope you’re excited as I am about this!

Let’s start at the beginning, when did you first decide you wanted to pursue music as a career path? How did the band form?

TOAD: Probably not until we were signed. I never saw music as a career before that; it was just a hobby for the four of us. We formed in the late 90’s when we had worked at the same restaurant together, “The Keg” in Delta. Soon after, Dave Brenner joined the band who was a younger brother of a friend of ours.

As I mentioned above, Savages is your fifth album, would you say your sound has changed through the years?

TOAD: Actually it has come full circle. We feel the sound on the new record is closer to the first. We had gotten away from our initial sound on our recent albums and really wanted to try and go back to the darker riff rock that started us off in the first place.

What song stands out to you through all of your albums?

TOAD: Songs are like children, there is no favorite, but certain songs stand out whether it is from their success or the pure enjoyment of writing them. Santa Monica would be one, maybe The Sun Has Set On Me off the new album.

TOAD: Led Zeppelin, Joe Satriani, U2, Pearl Jam, Alice in Chains, the doors. Some of my influences are guitar based and some vocally and some overall musically.

What is your songwriting process like? Where do you tend to pull inspiration from when writing?

TOAD: I usually come up with a majority of the material. We all live in different cities but nowadays its easy to record demos and mp3 to the band for any kind of feedback. All the inspiration comes from however I am feeling at that moment, the more emotional the better!

What made you choose “Drown” as the first single?

TOAD: The Label. We never pick singles as we can never assume we know what will work in the marketplace. We always give our perspective from being out on the road though and report back with what fans are digging when we play live.

What was it like working with Alice Cooper on “Savages”?

TOAD: Great experience. He is a legend and a great example of where we want to be as a band, hard working, happy, and still motivated to try new things with bands like us. I flew out to his house in Arizona and we recorded his vocals there. He showed me some tips on knife throwing and unfortunately no tips on golf. He was a pro and banged out the vocals in no time!

Speaking of working with other people, are there any other artists that you’d like to work with in the future?

When can your Canadian fans expect to see you on a full tour in the future?

Social media is a great tool in the music industry these days, do you get on board with twitter, Facebook, etc? Do you find it helpful?

TOAD: Of course! Social media has knocked out the middle man and allowed bands to connect directly to fans. At first I wasn’t happy that people were so obsessed with looking at selfies and Kim Kardashian putting on make-up but it has created such a connected community now that you can control and its great for getting fan feedback!

Let’s say you’re stranded on a desert island, what three items would you want to have with you?

What is your current go to song?

TOAD: Marconi union – weightless. I listen to it on airplanes. Relaxes me. Things like that become important when you travel all the time and you need to feel great!

TOAD: Kobra and the Lotus. I watched their soundcheck and got a t-shirt when they were playing in New York. We were doing a contest winner show upstairs. Nice peeps, I tried to pay for the shirt but they wouldn’t let me, typical Canadians!!

Is there any advice you would give to a Canadian band/ artist that is just starting out in the music industry?

TOAD: have fun, don’t forget you’re doing what you love, pretty much anyone would trade places with you any day of the week. Never stop working at it; the only person that can make you successful is YOU.