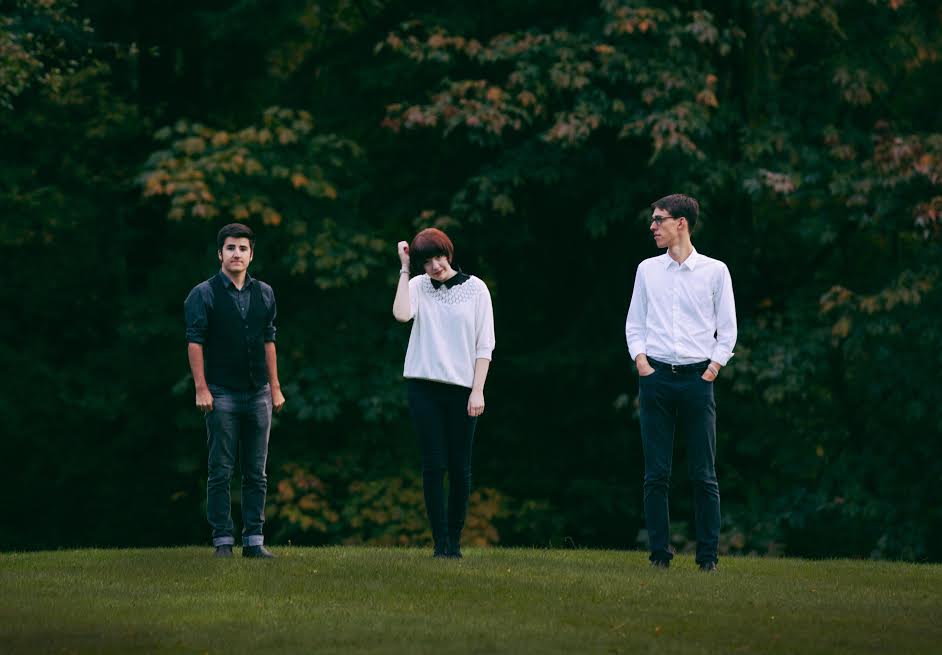 Alea Rae are an indie folk band based out of Vancouver, BC. The band started as Alea’s solo project but band mates Jeremiah Ackermann and Patrick Farrugia joined in February 2013. Although only being together for a short time, they’ve already gained International attention. We had a chance to ask the band a few questions. Check them out below.

For someone who hasn’t heard the band before, can you describe your sound?

AR: Indie rock with chamber pop and electronic influences. We draw from a number of styles making it difficult to pinpoint a genre. Some of our material derives from traditional folk progressions and rhythms, whereas other songs hit closer to home with modern bands like The National or Radiohead. Our work is quite guitar driven, however, we’ve been experimenting a lot with new sounds and pushing ourselves outside of our comfort zone.

Your EP, Offerings, was featured on a blog in the UK and as one of the Top 50 Unsigned Artists from Canada. Was it a surprise that people in the UK had heard your music? What was your reaction when you found out you were put on this list?

AR: We were pleasantly surprised to have been mentioned alongside a good number of talented artists. It was really exciting that someone in the UK had found our material online and thought it was worth promoting to their audience.

You’ve changed your style slightly for the split-single that was just released, from singer-songwriter folk to adding more synth bass and using more electric guitar. What moved you more towards this style as opposed to your original style?

AR: It was a natural progression. There was a shift in the band when we decided to become a collaborative project, and that impacted the way we currently approach songwriting. Now, there are influences coming from the three of us instead of just Alea, and it has been opening a lot of doors for us.

You worked with Jonathan Anderson, who has also worked with Said the Whale. Did he approach you or was it the other way around? What was the process like recording with him?

AR: We really appreciated the work he had done with Aidan Knight and other BC artists, so we contacted him about working together. Recording was quite comfortable, not to mention a great learning curve for all of us, as we hadn’t truly recorded together as a band prior to this experience. It opened our minds up a little more to new sounds and possibilities.

Your split-single release show is August 14th at the Media Club in Vancouver with Evan Bourque and The Good In Everyone. What can fans expect at this show?

AR: Free snacks, hopefully! But music wise, we’ll be playing a lot of new material we’ve been experimenting with, some that is darker than our previous work. We’re also excited to be playing with our friends in The Good in Everyone again, and we can’t wait to see what Evan Bourque will bring to the show. We haven’t seen him perform yet, but we’ve heard good things.

AR: We are currently figuring out when would work best for us, but yes, we’re planning on doing some small tours along the west coast, and are excited to expand our reach.

AR: It depends on the person really, but our mutual influences come from groups like Radiohead, The National, Sigur Rós, and Aidan Knight. Alea is really into Owen Pallett as well as other orchestral pop; Patrick comes from a pop punk/experimental background, and Jeremiah from the indie scene in New York, to be specific, in addition to electronic & world music. We’re kind of all over the map influence-wise, which lends us loads to pull from.

AR: Being that there are so many artists that we admire, that’s a pretty tough question to answer. We Are the City and Aidan Knight are the main Canadian bands we’d love to work with. On an international level, there are far too many possibilities for us to consider.

Patrick: Alea’s answers mainly, as well as Fucked Up, Hannah Epperson, Open Letters, Said the Whale, and Sharks! On Fire!