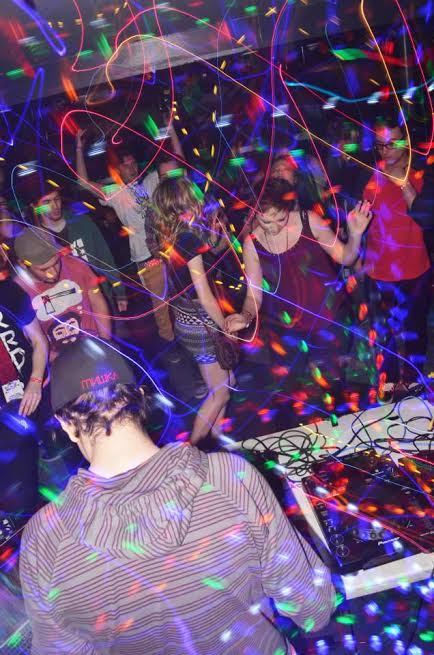 Systms, otherwise known as Jacob Sutton, from Halifax, NS is our EDM feature for this week. If you are looking to find out more about this awesome EDM artist, now’s your chance because I had the oppurtunity to conduct an email interview with him! On top of this awesome interview, you can hear his newest track here: https://soundcloud.com/systms/machinedrum-gunshotta-systms-bootleg

What made you decide that EDM music is what you wanted to pursue?

My friend showed me Dubstep and electronic music for the first time in 2009.
It was indescribable and unlike anything I’d ever heard. Pendulum and other Drum and Bass artists had the energy of heavy metal music and I loved it. Shouts to “J’aime le Dubstep #9” since that first drop nothings ever been the same.

Ah being 13 or so playing drums. I guess I had been doing choir and singing stuff even longer before that so I don’t know exactly. But its always been a big part of life!

Practice, and finally some beats that I would be satisfied with!
So more videos, an album in the next few months, and starting a production tutorial/free sound pack series.

Biggest accomplishment so far would have to be getting support from some of my muisc heroes for some of my songs and performance videos I send around. I just want to have fun making music, and I’ve definitely had some cool shows in Halifax Im grateful for! Playing with the HomeBass crew at their events, and playing at Evolve + Future Forest 2014.

My biggest goal is just becoming the beat producer I know I can be, able to translate the craziest beats in my head to real tracks.
Also this was my first year trying to get into Red Bull Music Academy, and though I wasn’t accepted I will definitely be applying every year from now on!

Out of all the songs you’ve released, which one is your favourite and why?

Ou, tricky. Maybe Lazer Based, but I am always more excited about my upcoming releases!

I love remixing, but I feel you definitely need prove yourself as an artist with a balance of both.

Some of the dudes off the Kannibalen Records crew, including Snails, plus Dabin, and LeKriQue. If we’re talkin ANYONE in canadian music, the Headliners would be my favourites: Excision, Datsik and Downlink. Then Kaytranada to balance the vibes aha.
To open for them would be a dream come true! – I’d also bring along my partners in crime METHUSELAH and FAUX/BLU because I dig their beats!

These next questions will help your fans get to know you better, What is the one website you make sure to check daily?

What is your current favourite song?
Currently: Pixel – by G Jones
(free at http://saturaterecords.bandcamp.com/track/pixel)

What is your favourite passtime?
Just making beats! though I spend more time slacking off and just messing around playing drum pad.

Do you have any hidden talents?
Not really, I do ski tricks!

And lastly, is there anything you’d like to say to your fans?
Thank you for the support! Still amazed to have anyone call themselves a fan!
Never be afraid to walk up and say hi at a show! If your in Halifax always try and make it out to HomeBass events every thursday, support your local music scene!