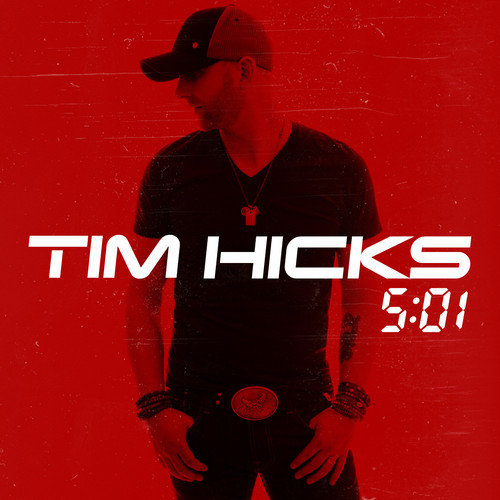 If you are a country music fan, you have more than likely heard of Tim Hicks. Tim released his hugely successful debut album, “Throw Down” in 2013, which featured the hit song, “Stronger Beer”. Now, he has released his sophomore album, “5:01”, and I’m here to say, all of his fans will love this mixture of songs.

The first song on the album is the lead single, “Here Comes The Thunder”, which is a country/ rock track that will have you on your feet in no time. If this is the type of country track you are a fan of, you will be pleasantly surprised, as the second song, “Dust and Bone” follows the same country/ rock beat as the first.

If you are looking for a more classic country sound, don’t worry, he has you covered as well on tracks like the fourth one, “She Don’t Drink Whiskey Anymore”.

I personally love the mixture of songs on this album, no matter what you’re in the mood for, I’m sure you’ll find a track or two that fits it. I must say that one of my favourites on the album is the the duet, “Ready To Say Goodnight” featuring fellow Canadian country star, Madeline Merlo. It’s a perfect ballad and their voices meld together perfectly.

Whether you’re a country fan or not, I would recommend you give 5:01 a listen, as there is such a mixture of genres in the album. So be sure you head on over to iTunes and pick it up!