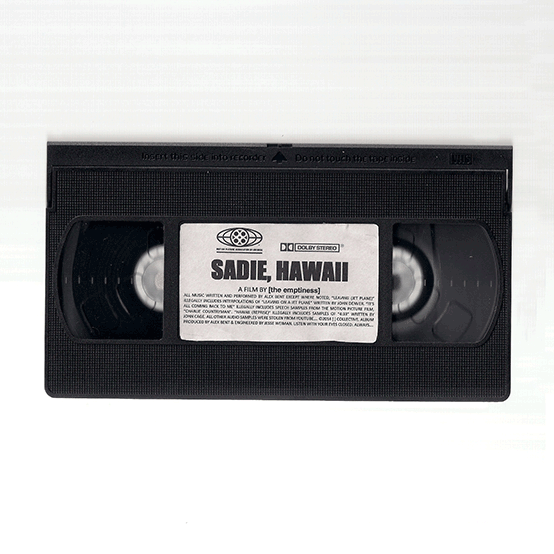 Saskatoon based singer/songwriter, Alex Bent, otherwise known as The Emptiness has released an album, “Sadie, Hawaii” to soundcloud. The album includes 11 tracks, with a total running time of 42:37.

The album includes his past single, “Leaving (Jet Plane)” as well as many tracks I hadn’t heard, such as the fifth song on the album, “The Girl Next Door”. This song has a unique sound, but is also very likable. Alex is a talented songwriter, which is clear when you listen to this album.

The tenth track, “Deathbed” has an intense story to be told and the piano adds to the intense sound that I believe Alex is going for on this track.

Each song on the album has it’s own distinct sound, and you can tell how much work was put into the making of the album, which sometimes isn’t so apparent. I recommend you check out the album, you can get the entire album for free from the soundcloud link above.