Interview – Take Me To The Pilot 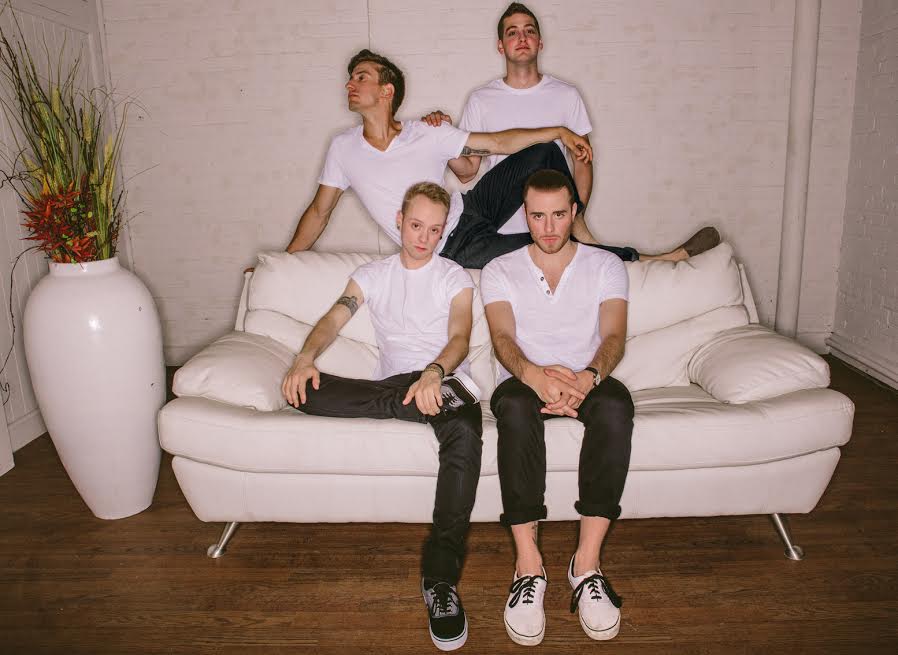 Winnipeg based pop rock band Take Me To The Pilot just released a new single called What They Ask For. They are currently on an tour supporting that release in Ontario and Quebec and ending with a hometown show in Winnipeg on August 18th, 2010. We had a chance to catch up with the band and talk about all this and more.

Starting off, can you tell the readers who aren’t familiar with your band a little bit about Take Me To The Pilot?

TMTTP: Well, we’re a band. That’s probably the first thing you’ll want to know. The second thing is our name: it is Take Me To The Pilot. We’re also from Winnipeg, we play pop music, and we tour a lot. We have a lot of fun and we try really hard, and our moms think we’re really great. We have a couple of EPs out and, most recently, we put out a single called ‘What They Ask For’ and we sure would like your readers to have a listen because we think it’s just terrific!

You said that you’ll start releasing music as it becomes something you are proud of instead of waiting for a full album/EP’s worth of material. What made you guys make this decision?

TMTTP: Being a DIY artist, doing singles instead of an album or EP just makes more sense. First of all, it’s more cost-effective. Secondly, we get to be more selective about what we release. And finally, we get to put things out more often without having to sacrifice quality! We take a long time to get songs done, and this way we’re able to take our sweet time to make sure things are just right without making people wait two years for us to release something. Plus, singles are what make a band these days. All anyone in the industry talks about to up-and-coming bands is ‘the song’, writing ‘the song’, releasing ‘the song’. So instead of making a record and hoping ‘the song’ is on it we’re gonna take a few stabs at ‘the song’, and honestly I think that you’re going to see a big step from our last EP to what we’re putting out now as a result of that process. The new songs are our best ever.

After saying that, you released your newest single, What They Ask For, on YouTube and SoundCloud. The reaction from the fans online seemed very positive. What has the reaction been like at your live shows?

TMTTP: It’s always a bit nerve-wracking to put out anything new, especially in the age of the internet, because caring about anything can be like setting yourself up for a beatdown. Luckily for us, either people seem to really like the new single or it just hasn’t made it’s way to the mean people just yet. Regardless, the reactions have been more than we could have hoped for, live and otherwise.

Are there any plans to tour farther east/west?

TMTTP: Not at this time, but we want to play everywhere. We’ve heard so many good things about the East Coast, we just haven’t been able to make it out there. But it’ll happen.

You’ve sent out a call to fans to send clips of them singing along to the chorus of the song to include in the official music video. What made you decide to include the fans so closely in this? When can we expect to see this video?

TMTTP: We thought including people in the video would make for a cool connection. Imagine if the song blows up and you got to watch the video and go ‘There I am!’. That would be so sweet. Or even if it doesn’t, it lets our listeners be a part of the whole experience, which is so fitting because our fans are so vital to everything that we do as a band, we might as well give them some screen time. As for the release of the video, expect it within the next month or so, we’re still working out some kinks.

TMTTP: Personally I would love to collaborate with Ricky Reed of Wallpaper. who recently produced and wrote for Jason Derulo. I’d also love to sit down with Bruno Mars because he’s just such a genius. Sia is also high up on that list, she’s absolutely killing it right now.

TMTTP: Well Magic! is crushing it right now with Rude. We all love Marianas Trench, they get a lot of play in the tour van. Also, Sum 41. But if you’re looking for a great Canadian band, you should check out Take Me To The Pilot. I hear they have a new single out 😉