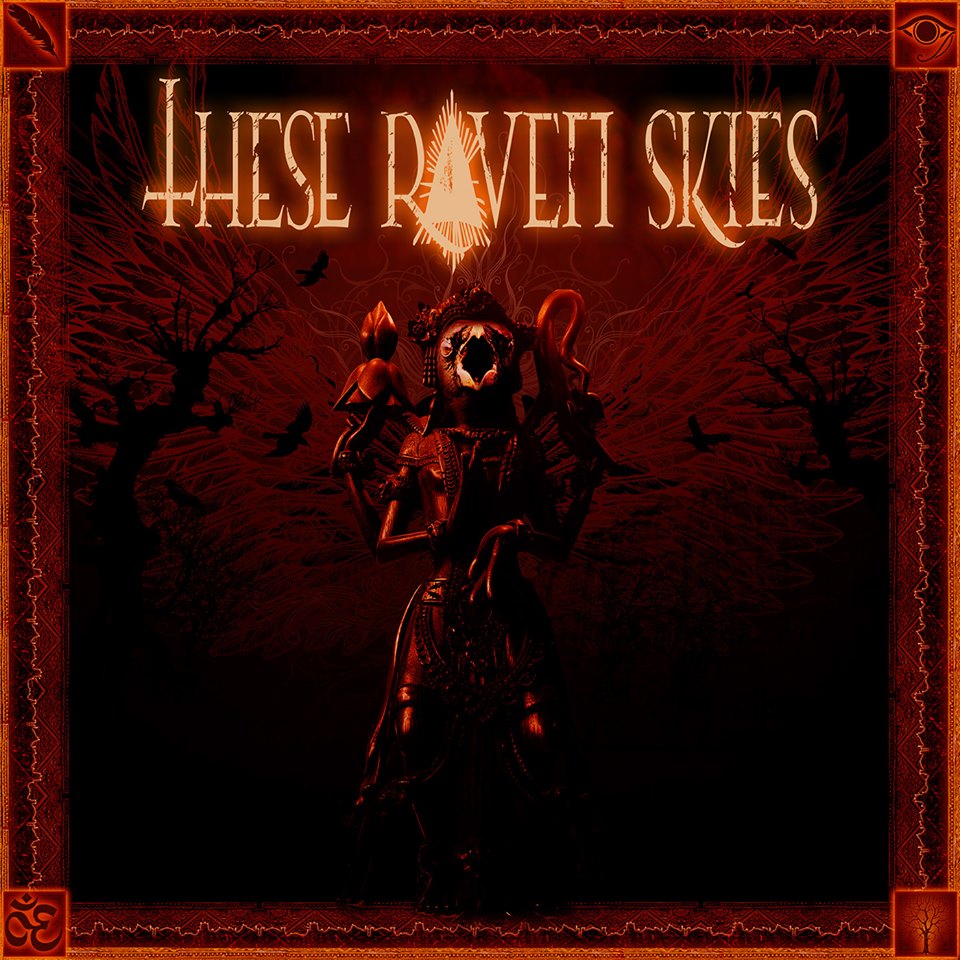 Rock/metal music has a generic expectation as a genre of music. This expectation is to have loud, heavy instruments, screamo-type singing and lyrics that are less than thoughtful. After listening to These Raven Skies, that expectation might be different. While there is the heavy, loud instruments – for most songs – that fans of the genre enjoy, the singing is not simply ‘screamo’. While it has a screamo vibe (which comes from metal), there is also a rough undertone of a rock singer. It flexes the type of singing between the two genres, giving the songs a unique sound.

For the third expectation, the lyrics, I was pleasantly surprised to hear that These Raven Skies do have lyrics that have poetic and thoughtful value. When the band began writing, they said that they simply wrote whatever came to mind. It’s plain to hear that their songwriting has changed to become a bit more in depth – something that appeals to many music listeners.

While there are the metal/heavy rock songs, there are some that slow down. Track number 6, Emily and Alick, is one of these songs. It holds the components of rock (with a sick guitar solo), the words tell a story and the music is not as heavy. It is a well-placed feel good song in the middle of a rock/metal album. It’s one of my favourites on the album.

As the album progresses, the sound moves from loud metal into a softer rock. This transition is interesting while listening. The album begins with head-banging songs and ends with ones that you can slow dance too. It’s a slow transition throughout the songs, and is one that I had never before heard on an album like this. I found it both interesting and well executed. The beginning gets you pumped up, and then falls into a softer sound.

All in all, the album is not a generic, expected, rock/metal album that has all of the same components of every other album of it’s genre. The songs each stand out in there own way, yet all sound like they should be together. The lyrics are poetic and meaningful if listened to and the instrumentals are the heavy rock sound that fans of this genre will appreciate. It is an album that is a perfect addition to today’s music scene.