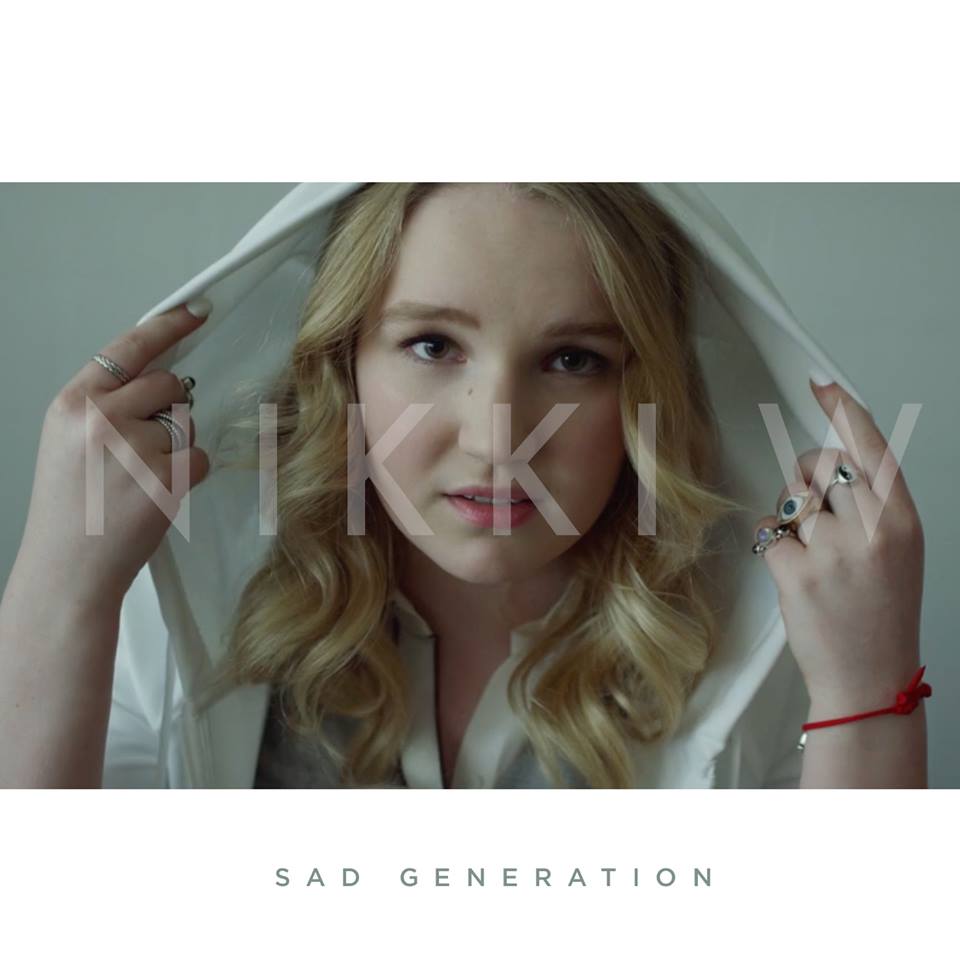 London, Ontario singer/songwriter Nikki W has released her debut album ‘Sad Generation’ today (July 29, 2014). The 16 year old has already been compared to the likes of Lana Del Ray and Metric. Her debut album was written with Gavin Brown who has worked with Metric and Lady Gaga.

The six song release sounds like anything but a 16 year old. Her voice is very strong and powerful, quickly grabbing your attention. “Transparent Hands” is one of the quicker paced songs on the album and has terrific instrumentals, especially the guitar in the chorus. “Paper Boat”, a slower song, really shows off her vocal abilities. “Don’t Take Me Home Tonight” picks up the pace a bit and has almost a dance/electric feel to it. The title track shows just how powerful her voice is and how much control she has. “Superman” is my favourite song off of the album and has an upbeat feel to it with very relatable lyrics. Finally, the album closer “Darkness” sounds just as the name would imply; it is a slow song with haunting lyrics that again show off her impressive voice.

Over all I was very impressed with Nikki’s debut album. You would never guess that she was as young as she is by the sound of her voice and the control that she has over it is mind blowing. Be sure to check her out because she will go far.