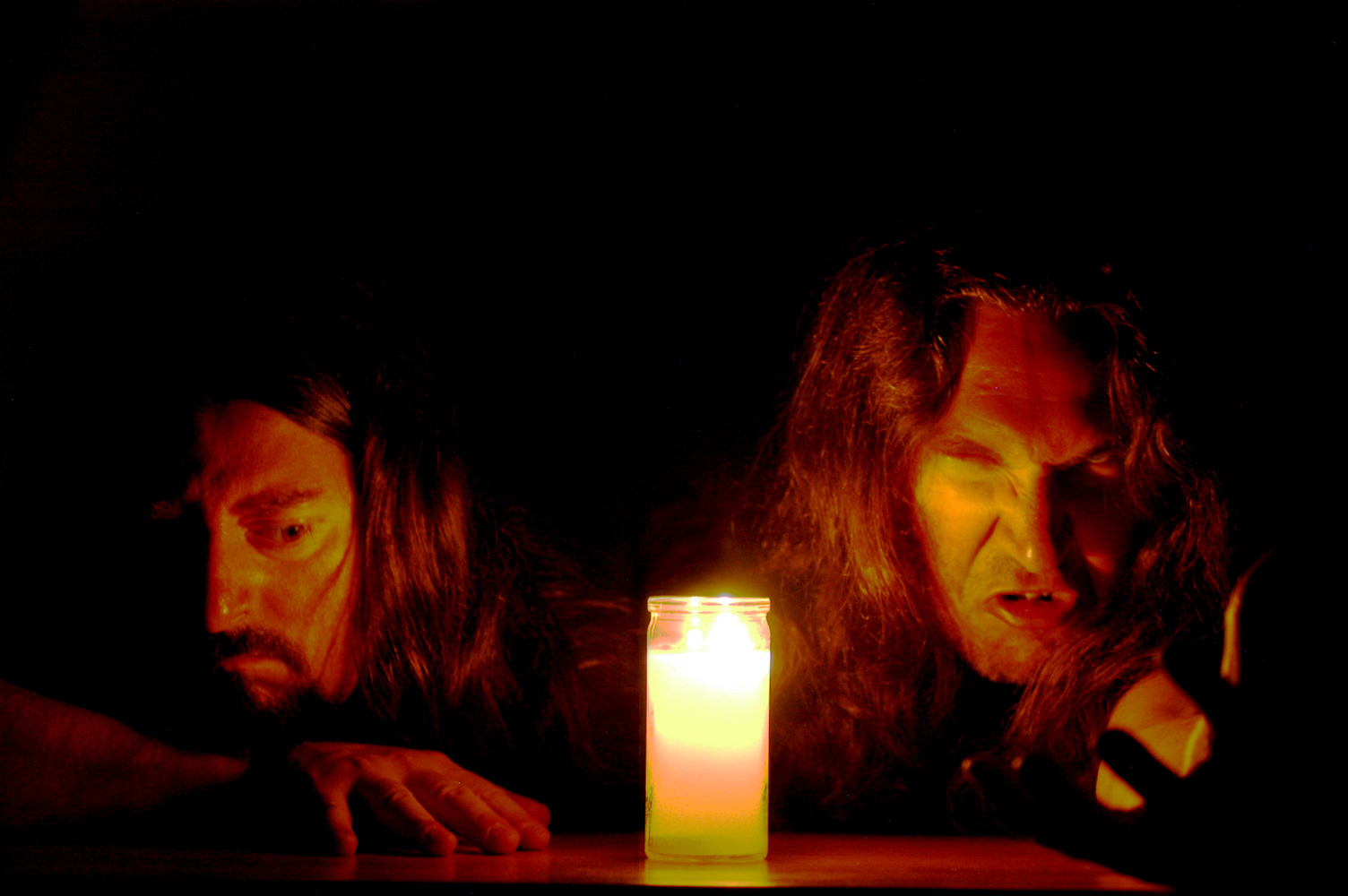 Norilsk is a death doom duo from Gatineau, QC/Ottawa, ON that includes Nicolas Miquelon and Nick Richer. They are set to release their debut EP, Japetus, on July 22nd. We had a chance to talk to Nicolas Miquelon (Vocals/Bass/Guitar/Lyrics) a little bit more about the band and their EP.

You say your influences are Thergothon, Saturnus, and early My Dying Bride. What initially drew you to these bands? What do you draw from them that helped you with the writing/recording of the EP?

I listen to all sorts of metal, but I always had a soft spot for death-doom influences, starting with Paradise Lost, Anathema and My Dying Bride back in the 1990’s, even before it was given the death-doom tag. Then, as metal got more extreme, I got into bands such as Morgion, Saturnus or Evoken, and the whole Russian ultra doom scene. When you really dig a musical genre, your journey brings you back one way or another to its origins, and for me that was Thergothon–one of the fathers of funeral doom. While Norilsk isn’t funeral doom, I think you can really hear this influence on our song Potsdam Glo for example: it’s minimalistic, it’s grim yet melodic, and it has a certain depth that makes it breathe.

In death-doom’s hierarchy, I think expression comes before technique, and for this reason the whole atmosphere and texture of the music becomes really important. This musical genre as a whole was helpful in expressing something that was inside of me for some time. I’ve been playing groovy music with contemporary ‘-core’ influences for over a decade with a band called Kintra, so when that band ended I felt the need to throw myself in the opposite direction and revisit my older and darker metal roots, those that I’ve always felt drawn to over the years.

We originally wanted this EP to be a traditional single with a B-side. Because the CD is in a very limited edition, it made sense for us that the B-side be a cover song. Moreover, as it is Norilsk’s first recording, we thought it would be appropriate for us to pay homage to another great Canadian band that came before us. We are fans of Voivod, and we thought the song Negatron, from one of their darker records, could appropriately be rendered in a death-doom aesthetic.

The title track, Japetus, will be on your later planned full length album. What can fans expect from the rest of the full length?

The EP is definitely giving a good idea of what the album will sound like. If you heard both Japetus and Potsdam Glo tracks, you know the album will be slow, heavy, minimalistic and with a huge sound. What I can tell you is that the rest of the album has variety in terms of arrangements, structures, and length. There are a few surprises, but like the EP I think the album will be relatively consistent and catchy for a death-doom album.

Do you feel like recording your EP has prepared you for the upcoming album?

I’ll spoil the punch: the album has already been recorded! In fact, it made sense for us to record both at the same time, knowing we could first self-release the EP and use it to shop for a label or a distribution deal for the upcoming album. Going back to your question, I think the EP is more about preparing the release of the full length album, rather than preparing ourselves to record it.

Do you have any plans to film or release a music video for a song from the EP or maybe from the full length in the future?

We were discussing it early on, mostly because Nick Richer (drummer) has directed a few stunning music videos for Doll, and he has tons of great ideas. He also knows quite a few talented people in the Ottawa area that could contribute to a Norilsk video. Because it is still being discussed, and because we don’t know when or if that would happen, it’s hard to tell which song we would use.

Norilsk was created as a studio project and we didn’t want to play live until now. We are currently putting together a live line-up, and our objective is to have it ready when we release the forthcoming album. As for touring, death-doom is not one of the most popular metal subgenres, making intensive touring perilous; but we would definitely be interested in strategic opportunities, anywhere.

This country has a lot of great artists, and we listen to a lot of past and present Canadian bands. In metal, we have all time favourites such as Voivod, Gorguts or Disciples of Power. In more recent years, some of our favourite albums come from bands like Vancouver’s Skagos and Anciients, Winnipeg’s Psychotic Gardening, Montreal’s Towards Darkness, Ottawa’s Loviatar, and many, many more. Supporting our local scene has always been important for us, and every week we find out about new bands, either live or online.

Thank you Canadian Beats for this interview. We would also like to thank everyone who provided us with their comments on the EP, it’s always a thrilling experience for a musician to see how people will be reacting to a new musical project.