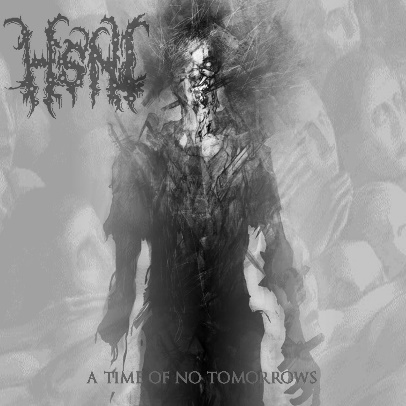 What’s up metalheads m/iki Dom with you today for Canadian Beats to bring you down to the deeps of hell with a band that is half demonic half pure evil!

Since the release of their 2009 demo : “Biochemical Warfare Kult” the obscure guys of H5N1 have done nothing but have people talk about them… being one of the most occult death metal band out there and with very little info available about them… it’s all about intrigue! But finally last June the band treated us with their first full length album called “A Time Of No Tomorrows”… A totally brutal assault of sonic wave… Clearly these guys have been influenced by classic death metal and grindcore like Cannibal Corpse, Death and Napalm Death because the brutality of their sound shows no mercy… One thing I have noticed and that makes the album sound brutally heavy is the double tracking of the bass on some of the songs. It just adds so much power to the whole blend that is pretty great… Vocals are also one of the highlights of this album with them being over the top aggressive and even scary in a way… The only flaw I have to mention is the production side… but bare in mind that this is a self produced album so of course it can’t be perfect but at some points there were times when I couldn’t even distinguish anything because it was too jam packed in the mix but this shouldn’t be something that stops you from discovering it because it is a good album still…

Well that’s all for me folks it was m/iki Dom saying take care, good night and stay metalheads!