Interview – Count Me In 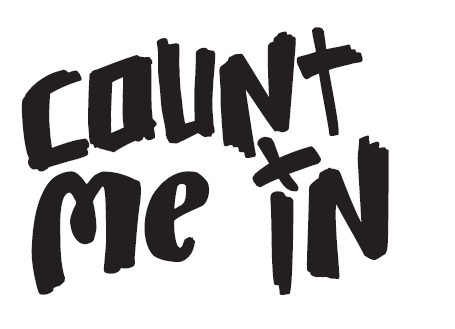 Kelowna, BC pop punk band, Count Me In formed in 2011. Influenced from pop punk giants such as Blink 182, Green Day, All Time Low, Fall Out Boy and Sum 41, the band aims to bridge the gap between old and new pop punk. Want to learn more about this band? Be sure to check them out on their social media as well as continue to read this interview.

It all depends on what we have going on in our lives. As stereotypical as it is, we definitely write alot about girls. Good relationships, bad relationships and everything in between. We like girls. We also write about really deep stuff too like partying and hanging out with our friends. I know right? Whoa! That’s some next level pop punk right there.

I think blink-182 or New Found Glory are the easy answers for this question. Alex loves the shit out of Mayday Parade so he’d probably wanna throw that in there.

I would say we’re kind of this shit mix of different variations of pop punk.. We’re kind of a cross between blink-182 and NFG but I also think there are elements that are similar to newer pop punk bands such as Man Overboard and Handguns. I would say, if you like pop punk then you would probably not hate us.

What is your favourite song off of ‘The Sharks Are Out’ to perform?

Probably either ‘Keep Your Friends Close…’ or ‘High School’ both are up beat songs that rarely slow down, also known as “Bangers”

How does your new album ‘She’s Your Problem Now’ compare to ‘The Sharks Are Out’?

Oh man.. To us, it’s like night and day. ‘Sharks’ was a good learning tool for us, our first real recording and it was great for the time but ‘She’s Your Problem Now’ in our opinion is light years ahead of it in terms of the quality of sound and song writing. With ‘Sharks’, we were striving for something that we couldn’t quite get to but with ‘Problem’ we defintely found what we were looking for.

Alex and I both usually write on our acoustics, usually just strumming a few chords and coming up with a melody that we like and then we just build from there. Alex and I usually write our own songs and then show them to each other once we have somewhat of an idea of a full song.

Just do what you love and what makes you happy. There’s so much that you just can’t control so try not to get caught up with all the bullshit that comes along with the music industry. Just play music and keep yourself positive and everything else that happens will just be gravy. If you’re already happy doing what you love, then you’ve already won.

CMI: Well after we release the album on July 15th, we’ll be gearing up for a cross Canada tour in August so watch out for that!! We’re going all the way to Quebec so if we’re hitting up a town near you, come out and say hi! We’re really nice dudes.

At Canadian Beats we like to throw in some fun questions so your fans can find out more about you:

Growing up, I predominantly had 3 different albums playing around me at all times. The Beatles – Sgt. Pepper’s Lonely Hearts Club Band, Queen – Greatest Hits and a summer themed complilation CD called “Sun Jammin”. I would imagine the first song I remember is something from one of those three.

That’s a tough one… I would probably have to say just hanging out with my friends around my neighborhood. We weren’t the most adventurous and didn’t really get into any trouble but we had fun and we were completely care free and it was the shit.

I’m a huge karaoke nerd. I’ll go to this local bar every Wednesday for weeks on end for wings and karaoke.
My go to would have to be:
Larger Than Life – Backstreet Boys.
Honorable Mention: Bad Touch – The Bloodhound Gang.

Really crazy, exciting things that aren’t nerdy at all like watching TV, playing video games and reading comic books. I watch a lot of YouTube videos too.. That place consumes my soul sometimes.

Our fans already know everything about us because our fans are our mother’s and friends who we’ve beaten into liking us.

Us.. Obviously. All our B.C. homies like The ‘I’ In Team, The Deadset, Trace The Sky, Map The North and Sharks! On Fire! would come out of retirement for it. Then we’d have some other bands like blink 182, Fall Out Boy and Paramore or something to play after us.

And finally, anything you’d like to say to your fans?

Thanks to anybody who’s ever checked us out at a show and not hated us, actually paid real money for something we created and just supported us in any way really.. we appreciate it more than you know!! Keep it sleazy ya’ll.