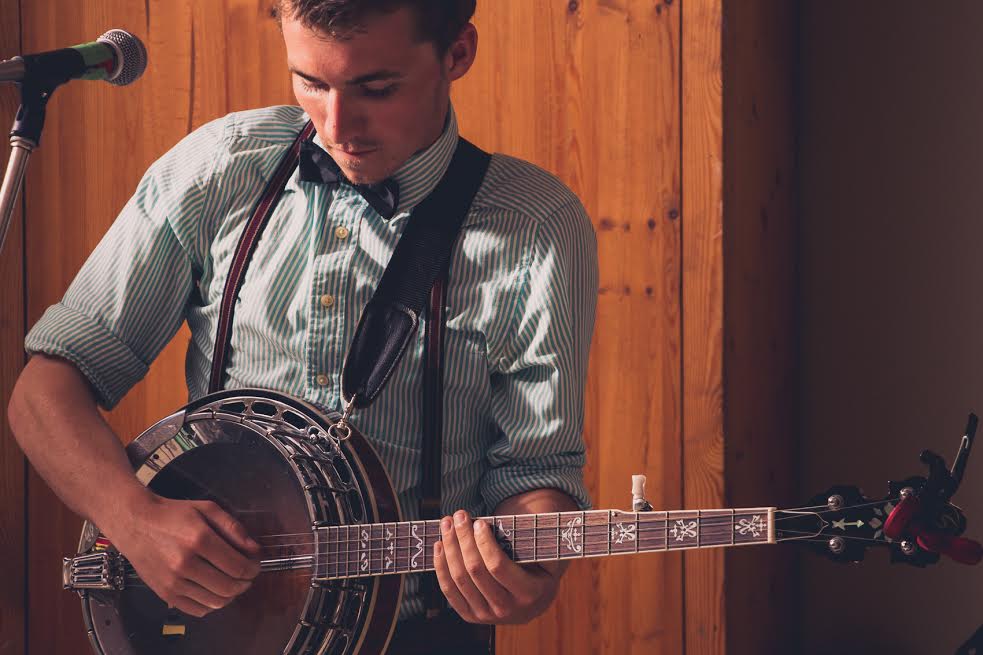 Luke Wallace is a 21 year old folk artist from Vancouver, BC who writes music to inspire people, but not in the way you would think. He writes music to raise awareness about the need to protect the environment and coastline.

I had a chance to talk to Luke about his music and upcoming documentary. Check it out below.

Can you introduce yourself and tell us a little bit about your music?

As mentioned above, I am a folk musician from Vancouver and I give a voice to all the places and people that either can’t speak for themselves or are being silenced. I also study environmental geography at UBC which is exposing me to the science based side of environmentalism as I explore the moral side of it through the world around me. I’ve been writing for years now and only recently have I begun to enjoy the music that I write. It is quite hard to talk about my music because it is changing so rapidly these days as I learn more and more.

You say you write music to raise awareness about the need to protect and conserve the environment and coastline. I personally have never heard of anyone doing anything like this. What made you decide to use your music to influence others in this kind of way?

Since I was 15 years old I knew I was going to fight to protect the planet. The concept has always resonated with me in an unexplainable way, it’s as if it was predetermined. It wasn’t until I realized that music was really what I wanted to do that I had the thought of combining my love for the planet with my love for music. When all this began, I felt as though the music everyone was listening to, at the least modern stuff, was just cycling through the same lyrical garbage about going clubbing and being in and out of relationships. Don’t get me wrong, there is a time and place for everything, but at this moment the very foundation of humanity is being ripped apart by our own greed for oil and money. Needless to say I didn’t want to become part of that cycle. I suppose I chose to start writing about these issues because I have burning desire to inspire change and this seemed like the most powerful way to do so. Changing the way we relate to the environment won’t happen through politics or business, only through music can one inspire the fundamental change required to do so.

What kind of reaction have you had with this route for your music?

I have had more moving experiences and conversations in the last 4 months of playing music for people than I did in the first 20 years of my life. To write music in the way I am requires me to become really open, exposed and vulnerable. When this happens, people see how exposed you are and for some strange reason it causes them to trust you. This connection allows us to skip all of the usual side conversation and filler talk and get right to what matters to us. People open up in ways that never thought possible, telling me their deepest fears and hardships without even knowing my name.

On the environmental front, the support has been incredible. I am still in the very early stages of my career and do by means have a thousands of fans or anything. But every show that I play, someone comes up to me afterwards and we talk about the planet and the need to protect it and often they look me in the eyes and say something “Whatever you need, please ask. I want to help you.” I guess they can see that I’m not doing this for my own fame or glory, but that I’m fighting for everyone, and they want to help. It is interactions like these that keep me going.

Your first EP, From The Ground Up, was released a year ago. How was the reaction for that?

The reaction was great and full of support. My family and friends were excited that I had finally plunged in and released something, which sort of marked the start of everything. Even before releasing it I had already moved on and my writing had grown and changed, although I get the feeling that every release is like that. In simple terms, I think From The Ground Up will be the foundation upon which I grow. It has allowed me to spread my music throughout North America as well as the UK, Australia, even sections of Thailand. I’m hoping that those who have heard the EP will be interested in hearing our next album, which I believe will be a much truer representation of my music in its present state.

You have plans this summer to record/release a debut studio album. What are you most excited for about this album?

I have been working on this album since the day I released my first EP. We have gigged these songs for months now and people are already singing along and dancing and clapping so for them to be able to listen and jam out on their own, that’s exciting. I think lyrically the songs can change people and I think that those who listen closely will find insight and hope into a rather misunderstood and dreary topic. As wonderful and idealized the studio is, I write music to play live for people. In no way is recording a burden, it is however something that I do with the goal of making the connection with a live audience that much deeper and more meaningful.

Do you feel like recording your EP has prepared you for the upcoming album?

Absolutely. Although the EP was recorded out of my bedroom, the process and challenges are still the same whether in a bedroom or studio. I am excited about the studio because I won’t have to worry about many of the things that frustrated me while tracking the EP. I am also much more confident about this upcoming album. Releasing the EP was like jumping into a lake, a sort of “Hey world, here I am.” The upcoming album will be much more celebratory and freeing, especially because I feel as those I am finding my sound.

This album will also serve as the soundtrack to a documentary you’ll be filming in Northern BC. What can you tell us about the documentary? What are your plans for releasing this documentary? (When/where/etc)

I could write ten pages on this project, but I’ll keep it short. There are a half dozen projects trying to build to pipelines out to our coastline. Our government and a couple multi-national corporations want to pull all the oil of out Alberta and move it the coast, load it into tankers and ship across the ocean. On a local level, this could result in an oil spill in the Douglas Channel, which will ruin the lives of thousands of first nations who rely on the health of the land and ocean for the sustenance. It also destroys the jobs of every fisherman, whale guide and ocean goer in the Kitimat area and down the coast. I am filming a documentary in Kitimat, BC which focuses on the biggest project; the Northern Gateway Project. I am here to show people how beautiful this area is and how badly those who live here rely on the well being of the environment to survive. Don’t even get me started on the global, long term flaws of all this. Massive climate change. Destroying the lives of every future generation. This is a big fight, but I am excited at the opportunity to save this place. The film will be premiered in Vancouver in the fall of 2014 and I hope to do screenings all over the lower mainland and BC. The album that I am recording will act as the soundtrack to this film.

Probably the same as my influences – Dan the Man, Hey Rosetta, Del Barber.

Be sure to check out Luke at these links: