Review – Count Me In 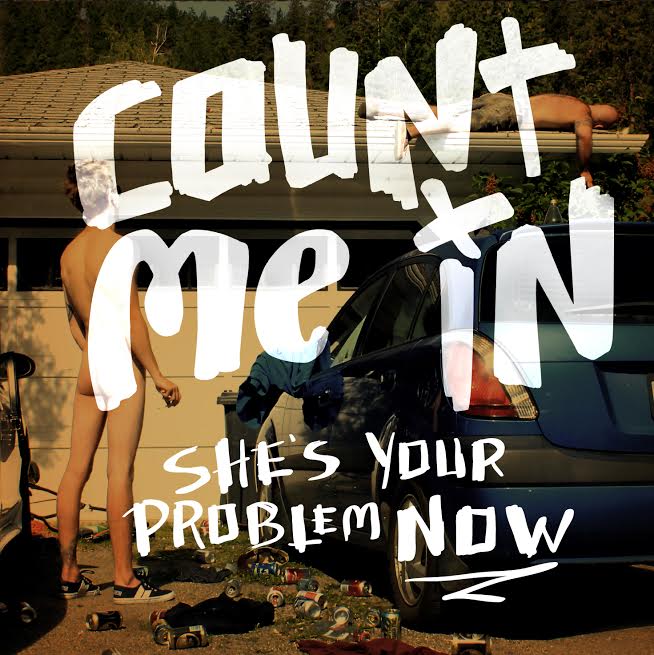 Kelowna, BC band, Count Me In has released their album, “She’s Your Problem Now”, which is made up of twelve high energy pop punk songs. The band is made up of Jason Keeley (Guitar/ Vocals) and Alex Thompson (Bass/ Vocals).

The album keeps your constantly pumped up from the first song, “Six Months” to the last song, “Goomba”, and everything in between. Speaking of the songs in between, my favourite song on the album, “Twenty Five” is the fifth song and I would highly recommend this song to any fan of pop punk. The song has a very energetic, fun beat and lyrics that burrow into your head and don’t budge.

The other song that I feel the need to tell you all about is the tenth song, “No Good With Names” is yet another high energy, pop style song. I thoroughly enjoy the vocals on this song, along with the high powered beat.

“What A Lie” is the eleventh song and showcases a slightly different side of the band. This one is a slower track, but have no fear, it still possesses the same addicting sound, and for those of you who like to sing along, this is a perfect example of a song that I always find myself singing along with, and I have a feeling you might as well!

This is one of those albums that I would recommend to anyone who enjoys pop punk, or pop in general.