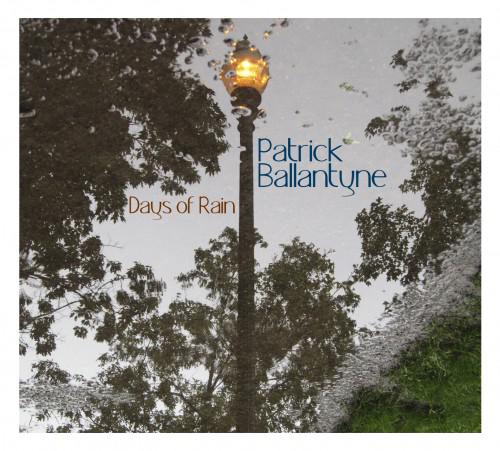 Ontario artist Patrick Ballantyne released his album ‘Days of Rain’ on June 3rd, 2014. He also released a self-titled album in 2008. Although he mainly writes with other artists such as Meredith Shaw, Big Sugar, and Tim Chaisson, he also puts out very impressive solo material.

Although the album has a somber meaning, it is nonetheless very well put together. “Lift Me Up”, “I’ve Got A Feeling”, “I Follow You”, and “As Soon As I Find Her” are definitely my favourites off of the album. You can hear the influences of Motown and soul music. The album has a very good flow throughout it with a mix of both slower and faster paced songs.

Overall, I thought that the album was very good. If you like the folk/rock sound, you will definitely enjoy this release.