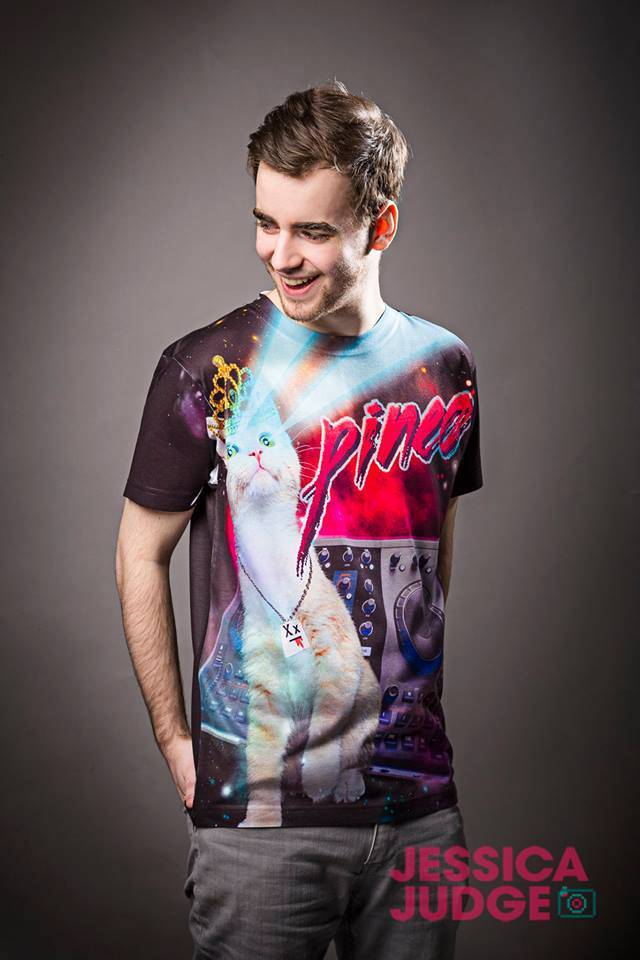 Mitchell Pineo, otherwise known as Pineo is an electronic musician and DJ from Halifax, Nova Scotia. Pineo mixes original produced tracks and an endless variety of timeless dance tracks, he is influenced by french-electro, alt-rock and all the classics. Pineo has won an East Coast Music Award for Electronic Recording of the Year and a #1 Hype Machine remix of Gorillaz.

To learn more about Pineo, keep reading below, as we had the chance to conduct an email interview with him recently. Be sure to check out his newest remix of “Blue Orchid” by The White Stripes: https://soundcloud.com/mitchell_pineo/the-white-stripes-blue-orchid-pineo-remix

What made you decide that EDM music is what you wanted to pursue?

Electronic music is really the only music that I can write completely by myself and have full control over every bit of the process. You can write and produce for 12 hours straight and not have to pay anyone, it’s the best thing in the world.

I always loved music since I was very young and I’ve been recording myself since I was about 13 years old, I just slowly got more and more serious with it as my life revolved around it more. My friends and I would just film each other telling stories and playing a crappy out of tune ukelele, then writing songs, then producing them in Garage band, and the rest is history.

I’m working on a ton of new bootleg remixes and original tracks and aiming to release a full mix tape with my DJ partner Loeb at the end of the year. We’re remixing a lot of classic tracks, nostalgic stuff that also hopefully sounds like something you’ve never heard before.

Getting a #1 remix on the Hype Machine chart and winning the East Coast Music Award for Electronic Recording are definitely what I feel to be my biggest accomplishments. On one side theres getting a remix to the top of the Hype Machine chart which is something I’ve been working hard to do for months and on the other theres the ECMA which I had no idea I could even possibly win at this point in time. Both the nomination and the win were huge surprises for me and I feel really honoured to have the support of the ECMAs. Both happened within like two weeks of each other it was pretty unreal.

Each new track I put out I feel like is my favourite, at least for the past while hahaha. I think it’s mostly because I haven’t had enough time to listen to it and realize what I don’t like about it yet, but it keeps me always working and writing. I won’t want to stop until I have a solid body of work I feel really proud of and I don’t know if I’ll ever really feel satisfied.

I love them both for different reasons and I think I’ll always be doing both. Any time you write an original song you’re building off ideas that have been inspired from else where and when you remix a song it’s like going right to the source of your inspiration and going from there. A lot of the early Beatles and Led Zeppelin songs that lifted riffs from other classic songs could almost be considered early remixes in the way we use the word today. The only rules are really what you set yourself in free releases.

Botnek are my favourite Canadian DJ’s right now. They have a super unique sound and approach to production. They’ve been sticking to their guns and it’s really paid off in a big way. Anyone who pushes the envelope in what their field is really inspiring to me. Tupper Ware Remix Party is the Canadian band that’s really blowing me away right now. Their shows are so creative and wild and they have a great sense of humour about it, it’s just so easy to like.

Tupper Ware Remix Party, Scientists of Sound and PINEO & LOEB. We did a mini-tour with the Scientists of Sound in May and it was so much damn fun. Those guys have been on the road for years and really know how to have a crazy time. We ended up staying in some pretty classic hotels that were adventures in themselves. I’d say we should play at a club and eat a club sandwich in every Canadian city. My life is an unending search to find the perfect club sandwich.

These next questions will help your fans get to know you better,  What is the one website you make sure to check daily?

I’m constantly on Reddit, Hype Machine and Tumblr. I really like to stay up to date with everything and I’m always trying to find new stuff to inspire me. I could browse the internet for decades and still be finding cool new songs and movies.

Either Rumours by Fleetwood Mac or The Chronic 2001 by Dr. Dre. I love albums with a lot of variety but are really one tight cohesive packages. Both albums have a lot of incredibly talented song writers contributing to them and were the bench marks of grade A production quality at the times of their release. As Michael Jackson said, “You never stop studying the greats.”

Skeletons by Stevie Wonder….or Let Me Blow Ya Mind by Eve…Which one depends on how many drinks I’ve had.

What is your favourite passtime?

Sitting in my room writing music, watching Stanley Kubrick movies and finding music I’ve never heard. Also eating Chinese Food. I’ve been eating at the same Chinese Food place in Dartmouth like once a week for 3 years. It’s perfection, I also made a Facebook fan page for it called Hing Wing.

I can finish any Simpsons quote from their classic seasons. I feel like I’ve spent a quarter of my life watching that show.

If you’ve read this far into my interview than you really are a fan so come and fist bump me at a show or something, you’ve earned it!