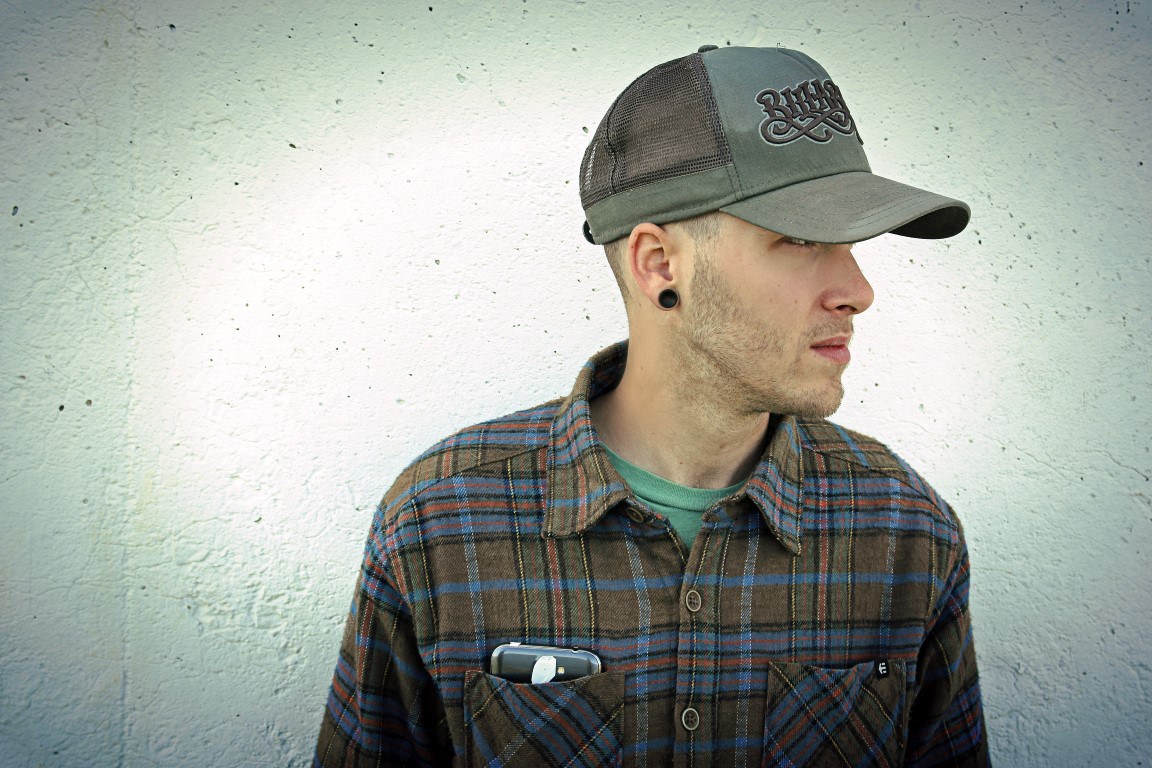 Canadian Beats recently had a chance to ask Nova Scotia born, Veev a few questions via an email interview. Veev has played many notable shows throughout the years, such as the three Winter Music Conferences in Miami and six times at the Evolve Festival. Veev has his own monthly live DJ radio show on Sugar Shack Recordings and also Bi-Weekly radio show with Isaac Haze on Amsterdam’s Most Wanted Radio and London Live FM every second Saturday.

At the age of 23, Veev moved up into producing the music he enjoys so much, with tracks out on some of the Top House labels in the game. Continue reading below to find out much more about this multi-talented Canadian artist.

What made you decide that House music is what you wanted to pursue?

Well, I guess I decided to pursue House Music when I first heard House. The amount of feeling and positive energy in House was like something that I have never felt before. Very uplifting and inspiring but at the same time makes ya wanna get down and dance. Beautiful combo.

Hmmm, in grade 5 I started in band as a trumpet player and in grade 7 I started playing drums in a band. When I was around 15 years old, an older local dude who I skateboarded with, told me that I should be listening to House. So he gave a mix tape to listen to. It was jammed packed with House heaters, I still have it today ten years later, and it is one of my favorite mixes to listen to. It was after listening to that mix that I decided to start with House music.

Answer: A lot more Veev House tracks and Veev remixes coming out. Also I am currently in works on an Album with the label Disco Legends with 3 of some of my all-time favorite House producers on remixes for the album. Also a website and a couple more free tracks for the public. Fans will also be able to catch me play in various places in the US and Canada for the Album release tour (dates and places soon to be announced on FB page). Also the continuation of my radio shows. Monthly live DJ radio show on Sugar Shack Recordings and Bi-weekly live DJ radio show on Amsterdams Most Wanted Radio with longtime friend Isaac Haze, together as Jr. Squad.

I would have to say having 5 tracks in the Top 100 Jackin House Charts on Traxsource at the same time with the tracks at #3, #5, #14, #64, and #92. My next goal would be to launch my alter ego artist. Melton John producing Acid House.

Wow, that’s hard one to answer. Very hard to just pick just one. For the sake of the question I would have to say it would be “I Believe (Original Mix)” on Farris Wheel Recordings. I would choose that one because the track has a constant build with the final drop having an abundance of Disco flavour.

I don’t really have a preference. They both have their positives.

Wow there are a bunch, Canada has a lot amazing talent! Artists like Jason Hodges, Demuir, Scratch Bastid, Buck 65, Scientists Of Sound, Loopity Goofs, Charife, Dave Allison, and Tupperwear Remix Party to name just a few. There are pages upon pages of Canadian artists and bands out there that could be my favorites. Incredible amount of talent here.

Jason Hodges would headliner for sure, and then Demuir, Dave Allison and I would play beforehand.

These next questions will help your fans get to know you better,  What is the one website you make sure to check daily?

Answer: Traxsource, always looking for the new heat that’s out.

If you had to listen to only one album for a year, which album would you listen to?

This question took me back a bit, music is such a huge part of my life and to only have one record to listen to for a year is huge question… Miles Davis – Kind Of Blue. The intelligence in that album would take many years to understand, so a year would be a good start!

Well, it’s an older one but I have been loving it and playing it out again. Such a quality Disco House track. Jamie Lewis & Nick Morris – Sunshine Hotel (Jamie Lewis Disco Rotation Mix)

What is your favourite passtime?

That one is easy, making music, or skateboarding.

Thank you so much for your support! Without the fans I would not be where I am today. Making music brings me much joy, but the real joy is bringing an uplifting energy to others.