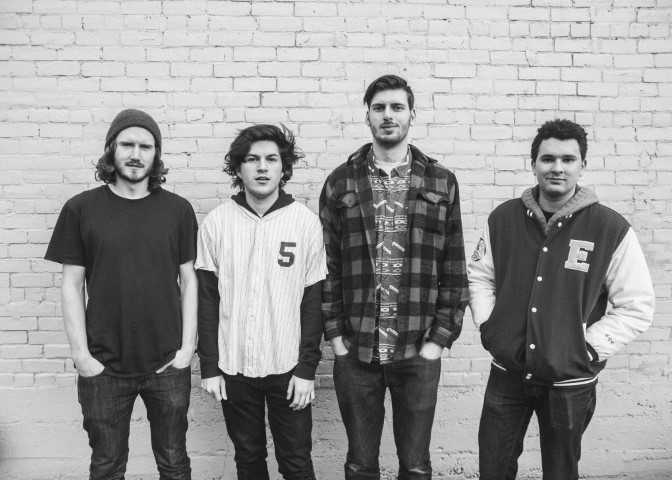 I recently had the chance to ask Vancouver Progressive Rock/ Alternative band, JPNSGRLS a few questions via an email interview. You may have heard of the band, they are currently signed to Light Organ Records, and are set to release their album, “Circulation” on July 15, keep an eye out for the review in the near future.

Your name, “JPNSGRLS” was inspired by the female Japanese rock band, “Mass of the Fermenting Dregs”, what made you choose this name?

They’re just a great band. And we were inspired by their energy.

We all met as teenagers in different high schools in vancouver and bonded over a love of Rage Against The Machine.

Has your sound changed since The Sharkweek EP was released last year?

The Sharkweek EP felt more like an experiment and it was out first time in the studio really. for “Circulation” we went into the studio with a clear idea in our head of what we wanted.

Can you explain the process you went through when making the LP?

The rhythm section recorded with no click live off the floor then we recorded lead guitar and vocal layers on top and we managed to knock out 12 songs with the genius help of Steve Bays in a total of 7 days.

Lyrically, I tend to pull a lot of inspiration from my own life and the lives of my friends and family, i also am incredibly inspired by films. There are subtle references on this album to “The Sandlot” “Inglourious Basterds” “Arrested Development” and an entire song devoted to “Boys Don’t Cry” called Brandon.

What is your favourite song on “Circulation”? Why?

On June 6, you released the official video for the first single from the LP, “Smalls”, what was video making process like? What was your favourite part of making the video?

The video making process was super fun. It involved a lot of stop motion so we would stand in weird poses and then get photographed from different angles and stuff which was kinda confusing but cool too. I think my favourite part was the make-up or my head coming out of the drawer.

What made you choose this song as the first single?

We were on the fence and we all loved the song but didn’t know if it was a single but then we had a sit down with the head of our label and our radio guy, bill and they convinced us it was the way to go and they were completely right.

You recently released an ArtVideo for “Tiger”, which is off of the upcoming LP, will this song have an official video, if so, when can we expect that?

While I am not sure whether or not Tiger will have a video I can say we will be releasing a new song off the album every week until its release July 15th.

You are part of Light Organ Records, if you were to go on a cross Canada tour, which other Light Organ bands would you want to tour with?

Well we already toured with mounties and that was an incredible experience we’d love to do that again! I would also love to tour with The Zolas, those guys are rad.

Speaking of touring, can fans expect a tour from JPNSGRLS anytime soon?

At Canadian Beats, we always like to include a small portion of random questions that may help your fans get to know you a bit better, so here goes:

Charlie: Death From Above 1979

What is your favourite video game?

Oliver: The Shadow of the Colossus

3 out of 4 of us actually prefer little spoon!

We love you so much and we are nothing without you! We get to do the coolest things thanks to you! We cant wait for you to hear Circulation! Please contact us on Twitter or our FB page if you have further questions!!