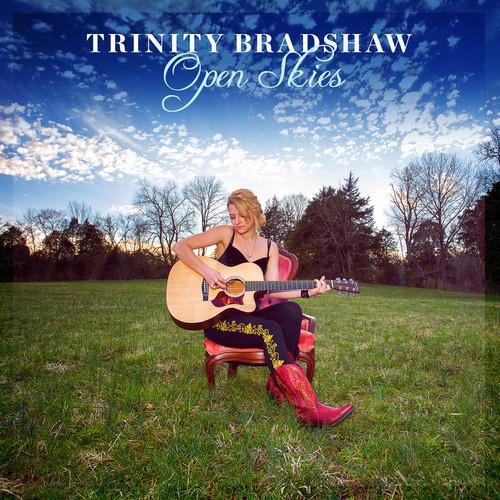 Trinity Bradshaw is a country singer and songwriter from Prince Edward Island but is currently located in Calgary, Alberta. She has recently been nominated for music awards from the Alberta Country Music Awards, to the CMT Awards. Trinity has also performed at some of the music awards shows as well.

Open Skies is Trinity’s newest EP. It is full of well written lyrics that would have anyone listening to the EP. The song that caught my attention was the first song off of Open Skies called “Never Drinking Again”. It is catchy and will have you dancing around as you listen to it. The next song I really like on the Open Skies EP is called “I Want What I Want”. It is also dance-able and has a very catchy chorus with the lyrics ‘I just want what I want when I want it’ Open Skies is very good and I would recommend it to everyone!