By Remington Fioraso on June 9, 2014@https://twitter.com/RemingtonFD 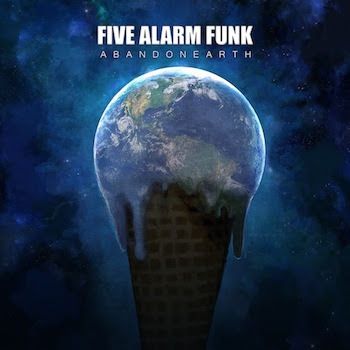 When listening to the record, I found it intriguing that it was primarily instrumental. Vocals are featured minimally on tracks like “We All Scream.” However, the high energy contained within the songs and talent displayed within the instrumentals make the album enjoyable to listen to. My favourite songs on “Abandon Earth” are “Robot” and “We All Scream.”

If you enjoy funk music or music that makes you want to get up and move, I would definitely recommend “Abandon Earth.”

If you are interested in seeing Five Alarm Funk live, here are their upcoming tour dates: