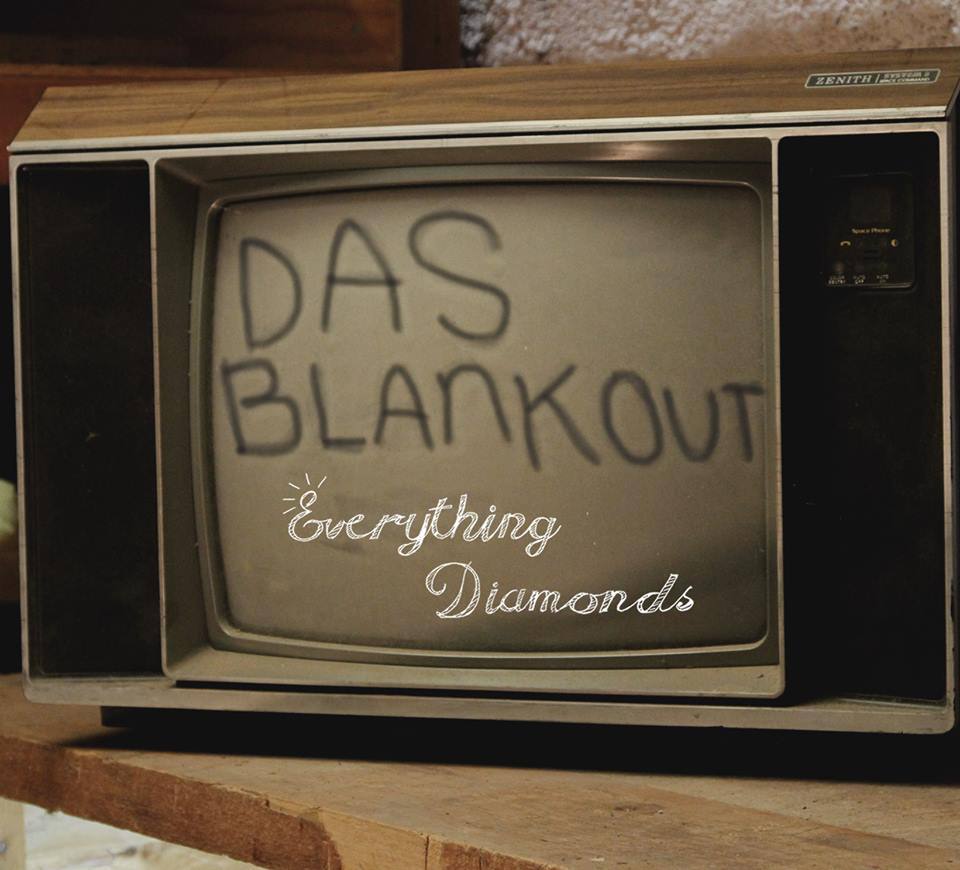 Let me introduce you to the band Das Blankout. Das Blankout is an Indie Rock band from Montreal, Quebec. The band consists of three members, Matt Burghardt – Guitar & Voice,
Kim Burghardt – Bass & Backups, and Pat Bilodeau – The Drummer. They are known for their high energetic stage performances that keep the fans going for their entire set. Das Blankout has been working hard on their new album called ‘Everything Diamonds’. It is exciting to announce the album will be released June 17th, 2014.

I got to preview the new album and have spent two days listening to their style of music. The album has a different sound compared to what i’m used to listening to on daily basis. All the different mixes of rhythms and beats makes for one great album. There was a couple of songs that seemed to stand out more than others that I liked. Das Blankout has worked hard on this album and it has paid off. Cant wait to see how well the album does once its released to the fans awaiting its drop.

After the release of ‘Everything Diamonds’ the band is planning a tour in the near future, look out for tour dates!