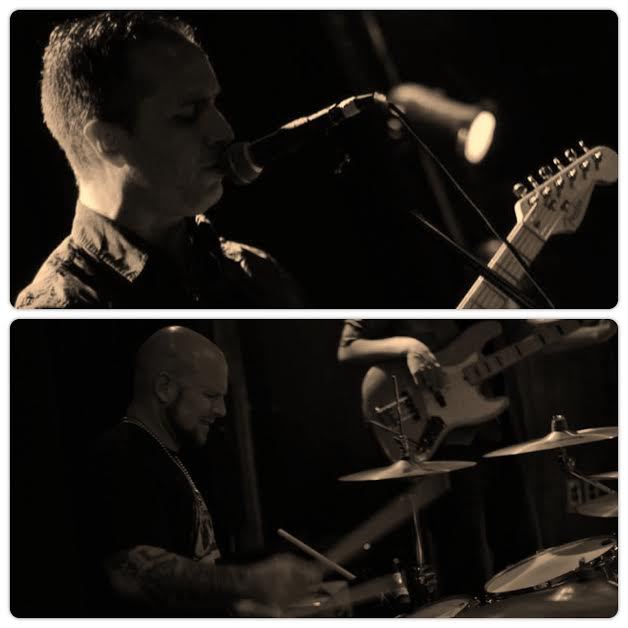 Radiovoice is a rock band from Fall River, Nova Scotia. The band is led by founding members Jason Carmichael & Serge Arsenault, and I was lucky enough to conduct an email interview with the two of them about how they got into music, what they are up to now and what’s to come. Continue reading to find out more about this Nova Scotia band.

How did you form the band?

RV: We’ve known each other since our school years and have played with lots of different people over the years. It always seemed that people were coming and going and we remained so we decided to go ahead as a duo and find members as we needed them.

How did you come up with the name, Radiovoice?

RV: As long as I can remember everyone tells me I have a voice for radio. When we were in the studio a friend of the producer mentioned it and it ended up sticking as a name. We didn’t even have a name when we started recording but it came along at the right time and we kept it.

At what age did you get involved in music?

JC: When I was very young my dad always had a record player and a guitar around. The first records were Elvis, CCR, the Beatles and CSN. Lots of albums from the 50’s and 60’s. I begged my dad for a guitar for a few years and eventually he caved and came home with one for me. I actually still have that guitar now.

SA:I started fairly young. I was always surrounded music. There where 8 kids on my dad’s side of the family, and 6 of them where musicians including my dad. So I guess I sort of had music in my blood in some way.

Who has been each of your musical influences over the years?

JC: Early on definitely blues and early rock n roll. Elvis, Chuck Berry and stuff like that. What was in the house really. Then It went on to Muddy Waters, SRV, Hendrix and Zeppelin. That’s going back a few years for sure.

SA:Defiantly led Zeppelin was a major influence. There one of the very few bands that after listening to them for years , they still blow me away every time listen to them. Also The grunge era had a major influence on me. There where so many great bands that came out of that era.

When writing songs, is it one of you that do most of the writing, or a collaboration?

RV: A lot of the music is written on guitar then the lyrics come along or vice versa. We spent a lot of time jamming songs and working them out that way as well.

Being in a band in Nova Scotia, how do you find the music scene?

RV: The music scene here is great. The most interesting part of the music scene is that there are bands representing so many genres and a lot of talent. You can go out any night and hear good music.

What would you change about the music scene here if you could?

RV: Not much at the moment. The scene is really vibrant and there’s always opportunities to play with someone new or different. There’s clubs and festivals and events happening all over the province. The only problem is we can’t do them all.

What is your favourite song to perform on stage?

JC: Probably ‘Wake Up’ it’s the title track from the album and has a lot of energy. We always do it last for that reason. I think the song has great dynamics and represents our sound quite well at this point.

SA: For me I enjoy performing all our songs live.I’m always trying to come up with new ways and ideas to give the songs a little boost in my department. Some times they work and sometimes they don’t. But I do agree with Jason on Wake Up has lost of energy especially when we play it live .

If you could only choose one song to recommend to someone who has yet to hear your music, which song would you choose?

JC: I would say ‘Wake Up’. It was also a song that got written really fast and was one of the last songs written for the album.

If you could tour with any other Canadian band, which would you choose, and why?

JC: Tough question. Maybe Sam Roberts. He did things the right way for a long time. He’s made a lot of great music and continues to put out great stuff.

SA:Easy question big wreck. There defiantly one of my favourite bands from the past and present. They broke up for a bit , but in the last few years they have come back strong. And also digging there latest album that just came out.

RV: Next is writing more music. Every band evolves over time and we definitely have. Some new music will represent that change and we’re looking for to getting back into the writing process.

During our interviews, we like to include a few “random”questions for fans to get to know something new about you, so here goes:

SA:I also never sang karaoke before, but you can’t go wrong with the gambler.

If you could star in any tv show for an episode, what would you choose?

JC: Have to thank all our friends for their support and all the people and venues who’ve supported us and given us opportunities.

SA:I also would also like to thank all our friends and especially my parents who always supported my music in every way.