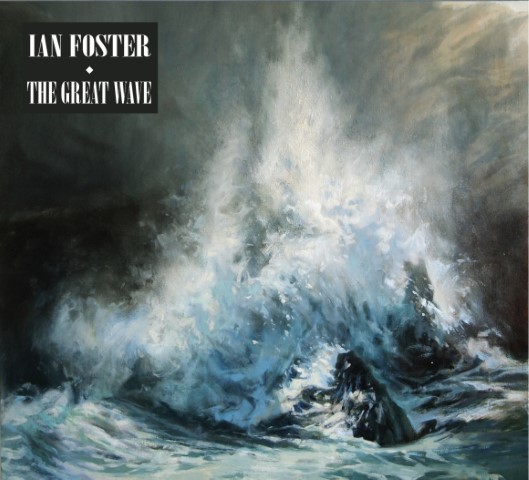 East Coast Newfoundland singer/songwriter, Ian Foster has released his new album, “The Great Wave” on June 3, 2014. The albumwas recorded in an open concept house/ art gallery in Pouch Cove, NL, and a noteworthy tidbit of information is, that this was the first time that music was recorded there, although a few years back Canadian artist, Sarah Slean went there to write half of her “Land and Sea” album.

The album was engineered by Robert Kelly and also features an array of musicians including Sandy Morris, Aaron Collis, Fred Jorgansen, Nick Coultas-Clarke and Josh Banfield, and more.

The album’s opening track, “Man Out Of Time” is a great way to start the album, because if you hear this song first, you will want to hear more. Ian’s sound reminds me of one of my favourite artists, Andy Brown. I have come to find myself enjoying Modern Folk music quite a bit, and this is not any different. If I was only able to recommend one song from the album, it would be this one.

As I kept listening to the album, I came across another song that stood out to me, “The Projectionist” has a bit more “pop” sounding than the others, and if you are anything like me, you were singing along with this song almost immediately.

I would recommend this album to anyone out there who enjoys hearing great new music from Canadian artists, especially if you have a soft spot for folk music.