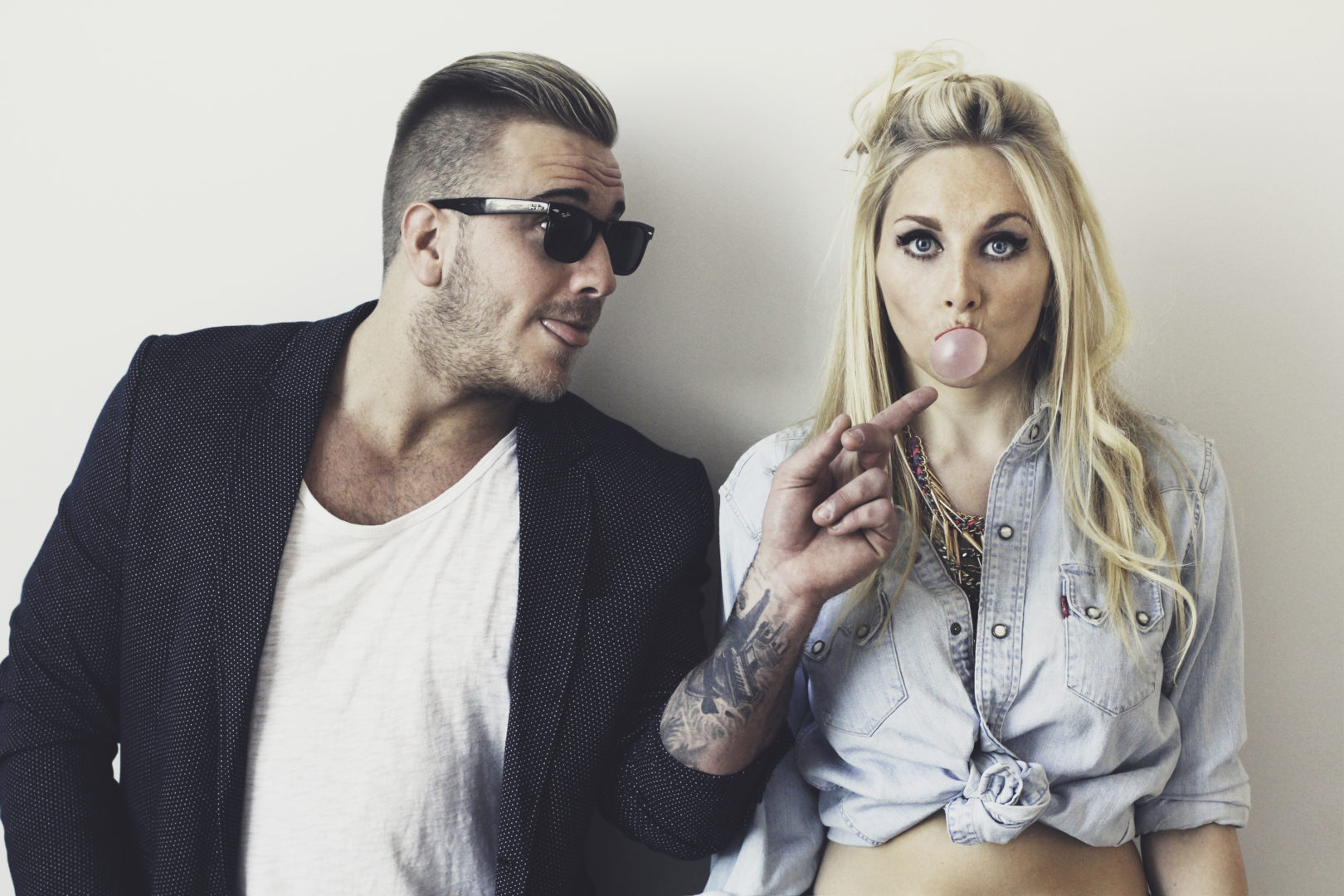 Quebec City pop duo Midaz & Ellie have opened up for big name acts such as Canadian artist Kardinal Offishall, and American super hit LMFAO. They have also been working on a new EP that is set for release later this summer. They worked on it with big names in the music industry such as The Drive, Matt Wallace (Maroon 5), Sheppard Solomon (Chris Daughtry, Paris Hilton, Celine Dion, Kelly Clarkson), Minority Group (Mac Miller, B.O.B) and even more. They have also released a new summer single and music video, “Down Together”.

Want to learn more about the sibling duo? Well you’re in luck because we were lucky enough to have the chance to interview them over email.

E: The queen bee: Beyonce. To start out so young and still be relevant over a span of 10 years + is incredible. I admire her as an artist but also as a businesswoman.

E: There’s no secret really, just keep working hard on your craft and yourself everyday. Never stop and eventually you’ll get to where you want to be.

E: Definitely. It allows a large scale of people to feel connected to us on a personal level. Our main purpose with our music is to let people feel like they are part of our world and social media enhances that.

E: To be a part of her bubbly, colourful pop world I would have to say: Katy Perry.

E: It’s feel good music. The type of music that makes you feel like celebrating and having fun. Our single out right now, “Down Together,” really expresses that blend of rap mixed with a huge pop chorus.

What can fans expect from your upcoming EP?

E: It remains very pop throughout, but some songs will surprise you because they’re a little more “funky” or dark. We had a lot a fun recording this EP and I think it translates in the songs.

E: I love them all! I think our song, “No Stress,” stands out because it’s so different. I think it’s the underdog that could be a surprise hit.

What was it like shooting the video for “Down Together”?

E: It was amazing because we got to shoot in beautiful Turks and Caicos. With the sun, sand and the ocean it didn’t feel like “work,” we had a blast!

E: We just want to enjoy the summer, play as many shows as possible and go back to Los Angeles in the fall to finish the album.

As per usual, we like to ask a few fun questions so your fans can get to know you a bit better:

Midaz: Opening for LMFAO in front of 60 000 people!!
Ellie: At the “Festival D’été de Québec” on the main stage.

Midaz: For me, going overseas on tour. Hotel hopping, discovering new places and playing shows at the same time, that’s my definition of happiness.
Ellie: A backpacking trip to Europe. Go everywhere, see everything.

Midaz: Ludacris’ verse on ‘Yeah’ by Usher, Ludacris and Lil Jon
Ellie: Ha! A classic like “Sweet Dreams” by Eurythmics.

Midaz: Audio Push
Ellie: Sonny and Cher? Kidding! Beyonce and Jay-Z count as an official duo in my book!

Midaz: I played baseball for 11 years.
Ellie: Midaz is my little brother.

Midaz: When a girl got up on stage and wanted me to dance with her. Meanwhile I’m thinking, ”I can’t dance,” let the awkwardness begin!
Ellie: Someone came up to me while I was singing and tried to shove a bottle of champagne down my throat.

Midaz: Big Sean, Drake, Pharrell, J.Cole and B.o.B.
Ellie: It would be a mix of a bunch of genres : Beyonce, Jay-Z, Kanye West, Lana Del Ray, Macklemore, Adele and One Republic.

Midaz: Can’t wait to have all of you join our world and interact with as many of you as possible!
Ellie: For anyone who supports us in any way thank you so much it means the world to us to have someone believe in your dreams.