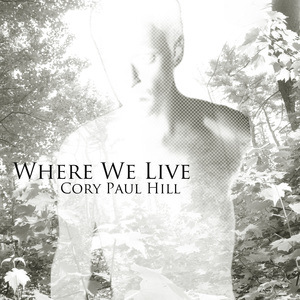 Cory Paul Hill is a singer/ songwriter from Fredericton, New Brunswick. He has been playing music since he was 9 years old, and began to write his own music at the age of 15. Later, Cory studied music at St. Francis Xavier (Antigonish, NS) and visual arts at NSCAD University (Halifax, NS), where he got to meet and work with some of the most talented artists in Nova Scotia.

His album, “Where We Live” features 12 songs that each tell a story of an experience in his life. When listening to the album, you can almost put yourself into each experience just by the emotion evoked in the song, and the lyrics. I was immediately drawn to the second song on the album, “Someone New”. The folksy sound stood out to me, and kept me intrigued. It’s the type of song that gets into your head and you are singing along with almost instantly.

“Waiting For You”, the fourth song on the album is another one of my favourites, it has a bit less folksy feel then the others that I was attracted to, but still has the same intense emotion that I can’t get enough of from Cory Paul Hill.

I feel the need to mention the ninth song on the album, although it’s a short one, “I will love you standing still” is a terrific song, and the vocals on this one are absolutely perfect, and it is somewhat easy to sing along with, which is something that I tend to be be drawn to.

All in all, this album has a unique feel, but yet, it still feels familiar and inviting. I would highly recommend this album to any folk music/ easy listening fan out there.