Interview – Jason Hastie and The Alibi 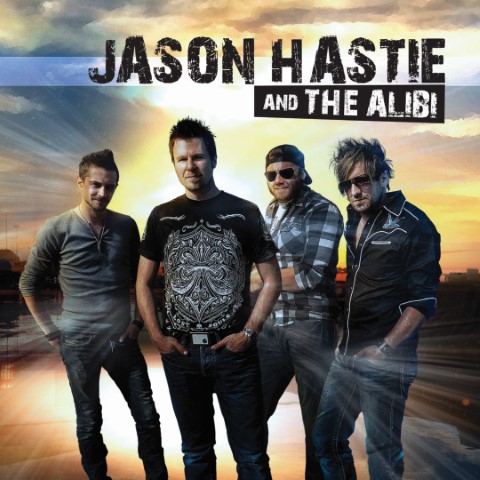 Four piece Calgary based country band Jason Hastie and The Alibi includes Jason Hastie (lead vocals), Joel Fraser (lead guitar), Ray Banman (bass guitar), and Kyle Kobylka (drums). On top of being nominated for the ACMA album of the year and rising star for 2013, the band has had three top 50 singles and had the #1 spot for Canadian country album downloads on iTunes. Their current EP, ‘Turning Point’ is available on iTunes and includes an impressive cover of “She Ain’t Pretty.”

Want to know more about this Canadian country band? Be sure to follow them on social media as well as check out the rest of this interview.

Jason: I’ve been surrounded by and have loved music my whole life.  As early as age five, I used to tape myself singing and playing the piano with my grandma’s portable tape recorder.  Growing up, I saw how much music can affect people and getting to share my music with others has always been a huge passion of mine.

Joel: I have so many, but if I had to pick one, it would have to be Don Telfer

Kyle: Keith Urban.  I’ve got a pick of his that I carry around with me wherever I go

Ray: They’re songs you wanna groove to.  Definitely would suggest they listen to “We Got it Goin’ On” first!

Jason: “She Ain’t Pretty”. It’s been our highest charting song to date and it’s awesome to see fans singing it back to us.

Joel: Running some big corporation like Apple or Google

What’s one thing fans would be surprised to know about you or the band?

Kyle: Ray and Joel, oddly enough, just started listening to and playing country music a couple of years ago

Ray: It’s all about putting in the time and energy (it’s more than a 40 hour work week!). As well as staying positive no matter what you go through.

Jason: We’re opening up in a couple of weeks for John Michael Montgomery.  He was one of my favourite artists growing up!

Now for a few fun questions!

Joel: Our CD release party in Calgary last May

Ray: Bubble gum with sprinkles on top, and a sparkler that I can’t blow out

Jason: Friends in Low Places – it always gets the crowd going, and who doesn’t love Garth!

Joel: A guitar, a sexy lady, and a magical bottomless margarita machine

Kyle: Sleeping.  You can never get enough!

Jason: Scotland, Africa, and the Ukraine

What do you have to have with you on tour, that you can’t imagine living on the road without?

Kyle: “From Afar” by Ingram Hill

And last but certainly not least; is there anything you’d like to say to your fans?

Ray: Thanks for all the support.  Hope to see you out on the road soon!

Jason Hastie and The Alibi on social media: