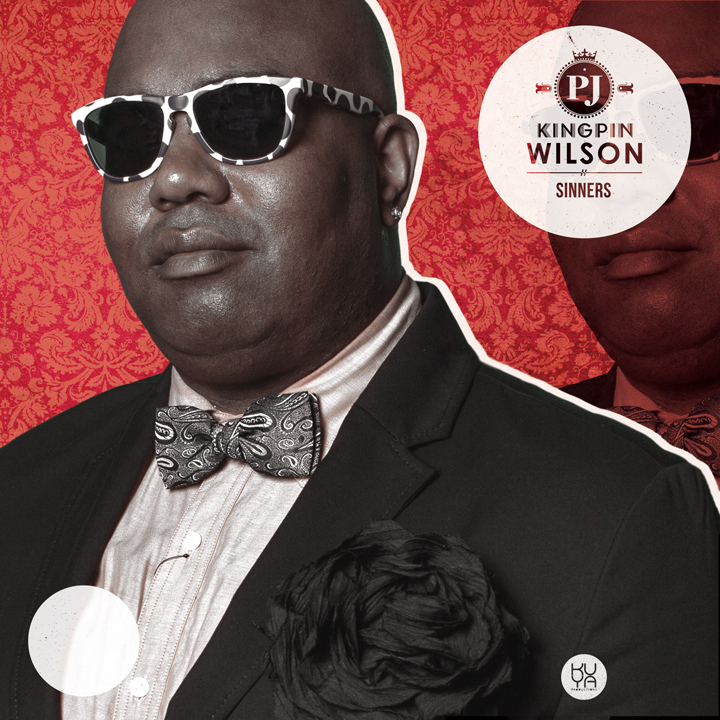 PJ Kingpin Wilson was born and raised in Barrie, Ontario. He is an R&B/ Soul artist who fell in love with the old sounds of Motown when he was a young boy. In 2011, he met with Juno award-winning producer, Chris Perry, which led to a series of recording sessions that brought to life his first 3 track EP, which was entitled “Preface”.

In 2013, PJ’s management reached out to the Grammy nominated Kuya Productions, and they hit the studio, his first single, “Give Goodbye A Try” produced by Kuya and written by Ryan Toby and Dru Grange is know as a feel-good, throwback soul anthem.

I had the chance to ask PJ a few questions during an email interview, and now it’s time for all of you to find out more about this talented soul artist.

PJ: I always had child hood dreams of being a successful as a singer. But I’d to have say my 4 yrs of University after my Mother passed away, I really started writing songs as a way to help me cope and heal. I started looking for ways to record and producers to help me do this. I ended up working with producer Dave Thompson. After working with him I knew I wanted to sing and write songs more than ever.  Being in the recording studio is one of my most favorite places to be.

Who was your main musical influence?

PJ: My Family really inspired me to take an enjoyment in performing and singing, because I grew up seeing my father sing in Choirs and my siblings play instruments and sing in school. Artists that influenced me were Boyz II Men, Marvin Gaye, The Temptations and Smokey Robinson to mention a few. The Era’s of Motown Soul and 90’s R&B really provided me with the framework for the type of music I wanted my songs to resemble.

When writing songs, where you tend to pull inspiration from?

PJ: When writing songs, a lot of my inspiration comes from personal experiences as well as the shared experiences of others. I listen to music as emotion, depending on the emotion that is triggered by what I hear I try and write lyrics that express that emotion. I like to write about life experiences.

You released your first single, “Give Goodbye a Try” in 2013, how was the response?

PJ: The Response was not huge as I just released it as a Lyric Video web release. But what it did was give me a true example of my sound that I was able to share with the world via social media. So when I released it I knew nobody was looking for me but I was going to do my best to get people to go and have a listen. Subsequently that song got me recognized by an International independent Label called CDF Produzioni out of Italy.  They wanted to sign me to a singles deal with that song. Unfortunately I didn’t write that particular song. The writers who did would not part with any publishing so I could not enter into a deal for that song. But as a result of liking that song they wanted to hear more of my music so I sent them more. We entered into agreements for 2 of the songs, since I co -write  “Sinners” and “She’s so Fine.” Both songs have been released in parts of Europe  which has really helped in getting people to start taking notice of my music.

You work with Kuya Productions, how is that?

“Give Goodbye a Try” was written by Ryan Toby (who has worked with Usher and Dru), how was that experience?

PJ: That was fantastic! To be asked to sing on a song that was written by such a successful songwriter – I thought to myself “here is an opportunity to show what I can do, I had to just perform and make the song mine.” I looked at the situation like “The lyrics and music are already at a professional high level, now we will see if my vocals can match that level and make a great sounding song.”

If you were to put together a tour with yourself and 3 other Canadian musicians, who would you choose?

PJ: Serena Ryder,  Hedley and Michael Buble. I know their styles don’t necessarily blend or match up with mine – but these are artists I respect and I feel that it would be a great experience.

Speaking of touring, when can fans expect a tour?

PJ: Hopefully near the end of summer and into the Fall.

PJ: Next for me is continuing to share my music via social media, as well as rehearsing for live performances, as well as laying the groundwork to shoot a music video – so it should be a busy summer!

During our interviews, we always like to include a “fun” portion, so here goes.

Think back, what is the first song you ever sang in front of others?

If you could have a song featured in any television show, what would you choose?

PJ: Game of Thrones or Marvel Agents of Shield or Blue Bloods

What has been your favourite concert that you’ve attended?

What advice would you give someone trying to get into the Canadian music scene?

PJ: My advice would be to stay motivated. Make sure that the quality of your music is top notch and to realize that Canada is only a small portion of the worlds music scene. It’s very close minded here to a point so don’t get frustrated, just keep sharing your music with anyone who will listen.

PJ: I would like to give a sincere Thank you to all my fans, those that openly support me on Twitter and facebook, those who play my music on Internet radio, those who are looking for my music. Thank You Thank You Thank You! Please continue to hit me up on Twitter or facebook or my website, because  I love hearing from you all and getting a chance to interact with you.  Last but not least I’d like to thank you for taking the time to interview me. I really enjoyed the opportunity and I’m so grateful.