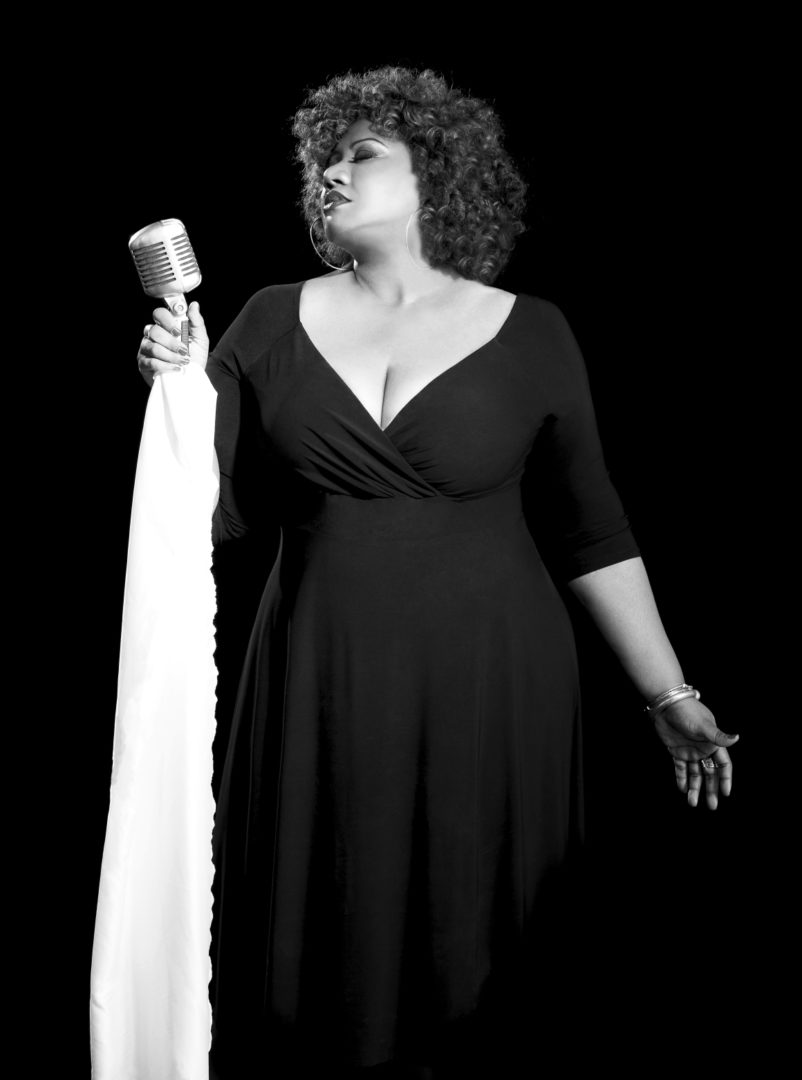 Simone Denny is Toronto based soul, electronic and R&B singer. Simone was formerly from the Platinum-selling group Love Inc. Simone has multiple Billboard chart-topping dance hits, numerous worldwide #1 singles, and five JUNO Awards. Simone’s album  ‘The Stereo Dynamite Sessions Volume 1’ is expected to come out  this Fall. Simone was awarded a SOCAN Music Songwriter’s Award for Love Inc.’s “What Do You Love” and had the opportunity to tour extensively throughout Canada and Europe. When Simone’s not working on music, she  donates her time to charities including ACT (Aids Committee of Toronto), CANFAR and Doctors Without Borders. Keep reading to find out more about Simone Denny.

SD: I’m open to anything and all Canadian music. Right now I’m loving A TRIBE CALLED RED! They are amazing! They cross and mix genres so effortlessly. Every track I’ve heard from them has impressed me.

If you could put together a tour with any Canadian bands / artist including yourself, who would headline and who would the openers be?

SD: I think by the time I’m done with all the different artists and genres I enjoy by the time I’m finished instead of it being a concert it would end up being a music festival. And I definitely want to be one of the headliners! But off the top of my head… A Tribe Called Red.  Akua, Tegan and Sara and Classified just to name a few.

SD: Music found me. As a kid I was always creative. Drawing, painting, ballet classes, African dance classes, guitar lessons. My mom always kept me busy with activities. I sang in the school choir. It wasn’t until a talent show at my grade school was announced that made me want to try out. I didn’t even have a song in mind to sing. I just knew I wanted to audition. As I mentioned I was taking guitar lessons. One of the songs in my book was Anne Murray’s ‘You Needed Me’. I knew the song and decided to audition. I did the show, and received a standing ovation! I can honestly say that fueled my love and interest in being on stage. My parents always played a lot of music in the house. Soul music, R&B, Reggae and calypso were played on regular rotation in the house. So music has always been part of my life.

Your album ‘The Stereo Dynamite Sessions Volume 1’ is coming out in the fall, what are you most excited for about the album release?

SD: I am so excited about this album! I am really thrilled to have the opportunity to showcase my voice and be an artist in my own right. Not as a featured artist or part of a group just me. I finally get to showcase the other side of my voice. I can do power vocals and I can also sing some bluesy rock ballads. Sing about another aspect of life and love.

Upon the release of the album, will you be doing any touring?

SD: I’m going cheat here and say I would tell them to listen to two tracks. One from my past. ‘You’re A Superstar’ from my days with Love Inc. And one from my present, my new solo single ‘Your Love Fades Away’. One song talks about joy and inspiration about loving yourself. The other ‘Your love Fades Away’ talks about a love lost. ‘Your Love Fades Away’ is a song that anyone who’s been in love can relate to.  That point in a relationship when you know its over when morning comes and you are trying to hang on and do anything and everything to cherish those last moments you have with the person your are in love with. And you can’t quite figure out where it went wrong.  These two songs showcase the range and power and depth of my voice. I go from one extreme to the other.

These next questions will help your fans get to know you better,  Do you have a favorite childhood memory?

SD: Best childhood memory would be when I’d blast music in the basement and sing LOUD. I’d play the music so loud the walls would vibrate.

SD: If I had to choose one album it would probably Cee lo Green’s last album ‘The Lady Killer’. I love the tonal quality of his voice.  He is brilliant!

SD: Great question! I have no idea! I’ve never thought of myself in terms of a song? I’m going to make a point of asking family and friends that question. I’d have to put that question to my fans reading this article. They would probably answer it best!

What was the first concert you ever went to?

SD: The first major concert I attended was Michael Jackson! I was a kid at the time. I‘ll never forget that night! He performed at the CNE Grandstand with The Jacksons.  He was promoting his ‘Thriller’ album! He was electric! I feel blessed that I had the chance to see him live!

SD: Sorry none that I know of!