Interview – This Side of Town 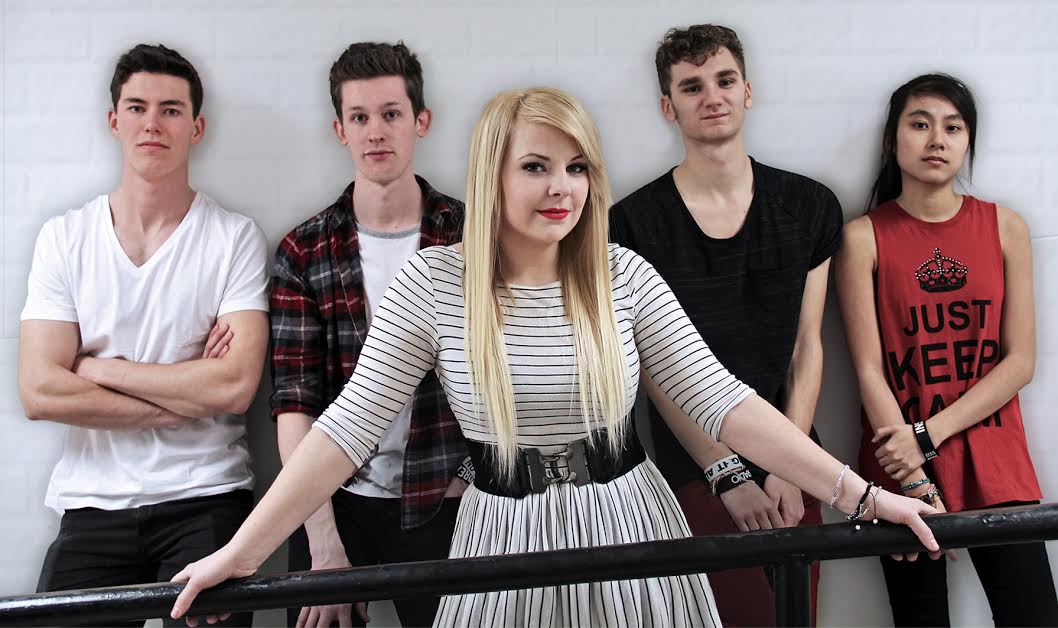 This Side of Town is a pop rock band from Vancouver. Their band consists of Melanie Ast, Jennifer Lai, Chris Kavanagh, Ryan Fournier, and Connor Krawelitzki.  They have released an EP called “#TheStreets” on iTunes as well as free songs and single on their Bandcamp and Soundcloud accounts.

I bet you’re excited to find out more about This Side Of Town, and today is your lucky day, as I conducted an email interview with the band, and you’re about to find out what they had to say!

When did you decide to be a band?

TSOT: The band was originally formed back in late 2010/early 2011 but as a whole we’ve been together less than a year.

Are you all the original members?

What are some of your inspirations for your music you write?

TSOT: Basically life in general. Every song is based on something we’ve experienced in one way or another: friendships, relationships, etc.

Where did the name come from for the band?

TSOT: It was sort of a random name. We were tossing around a few similar ideas through Wikipedia searches and song titles and decided it fit after changing a few words around. When we started out we were all from different cities so it was sort of ironic. Later on we realized that “this side of town” was a line in a Paramore song, one of our favourite bands collectively, so that was the cherry on top for us.

Why did you decide to release some music for free?

TSOT: I think as an artist there are times when you just want to get your music out there and have it heard. We had been playing “How Many Times” for a very long time when we recorded it and as a thank you to everyone for supporting us, we felt like it was necessary to give back a bit. The covers we record are fun little projects for us that we hope our fans enjoy in between shows and new music so it only makes sense that they would be free to download.

What is one thing you want to accomplish by the end of 2014?

TSOT: By the end of 2014, we hope to release a few new singles, go on a tour of some sort, release more cover videos for YouTube (and maybe an original video or two), and of course play many more local shows!!  Fingers crossed we can accomplish this entire list!

You had a sold out EP Release show. What was that feeling like knowing that you could sell out a venue?

TSOT: The feeling at our EP Release show was unreal! That was probably one of the larger crowds we’ve played for and knowing that it was our own show was amazing! Being able to share the stage with some of our friends that have helped us along the way tops it all off though.

What can you say about your EP“#TheStreets” for people who haven’t heard it?

What can fans expect when seeing you on tour?

TSOT: We’ve been putting a lot of work into our set and revamped everything a little bit. We also have some exciting new stuff coming their way 😉

Where in Canada have you not toured but wished you could?

TSOT: Basically everywhere! We’ve really only been on mini-tours to other areas of B.C. but we’d like to see the rest of Canada some day soon.

Your Facebook page says you have been “sought after to play various events with other rising acts in the scene”. What other bands have you played with?

TSOT: We’ve played with a lot of local bands in Vancouver within both the all ages scene and 19+ scene. To name a few: Kieran Strange, Halfway to Hollywood, The Faceplants, Fighting for Ithaca, Within Rust, 7 Years Luck, Emberfield, and The Deadset.

The next few questions are fun ones to get to know you better.

What are your favourite pizza toppings?

Who are some of your biggest Canadian influences?

If you could hang out with any super hero for a day, who would it be?

Mel: All of the X-Men
Jen: The Powerpuff Girls
Ryan: Captain America
Connor: I think me and Tony Stark would get along famously
Chris: All of the X-Women

Mel: Dancing alone in my room lipsyncing to pop songs. I secretly wish I was a popstar…

Ryan: Me and Connor secretly listen to Every Morning by Basshunter!

Connor: Yup Basshunter is my one true guilty pleasure love.

What are your favourite things about touring?

TSOT: Playing shows for new crowds and meeting new people as well as experiencing the music from other bands we don’t normally get to play shows with, they make some unforgettable evenings!

What can we see you doing usually when you’re not making music?

TSOT: Thank you SO much for supporting us and our music! We really appreciate the love and encouragement we’ve received in the past few years and we hope to continue making music that you all can enjoy. Keep your eyes and ears open in the new few months for some big plans we have in store 😉