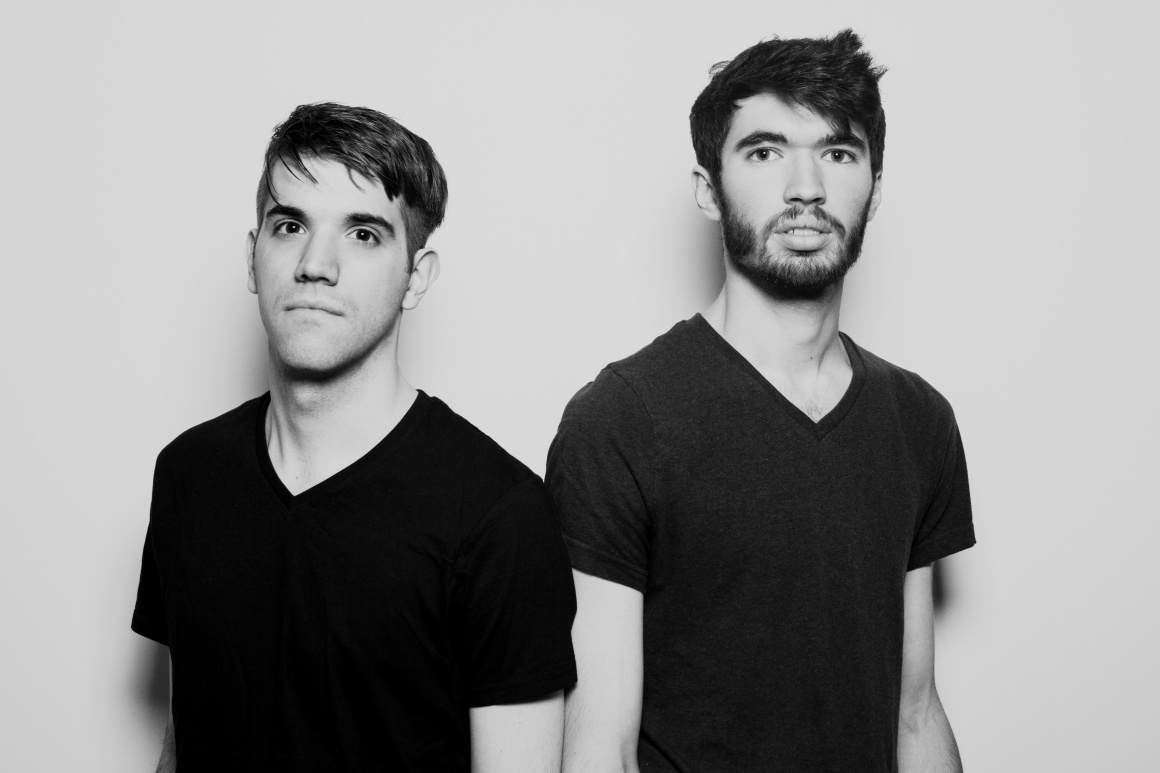 The Electric Radio was formed in late 2012 by childhood friends Sean Sheridan and Dave Bembenek. Their goal was to create house music crossed with electro pop, which would create something unique. For this week’s EDM Wednesday, I conducted an email interview with Dave Bembenek, so if you are looking for more information about this EDM duo, you’ve came to the right place.

When did you decide you wanted to form an EDM duo?

TER: Funny story actually. Sean and I had been writing music since we were young but had been experimenting with EDM in late 2012. In early 2013 we were asked by our good friends Fighting For Ithaca to remix one of their songs to be released as a B-Side to their single on 604 records so we kind of officially became an EDM duo by chance!

Have you always been a fan of EDM?

TER: For sure I think Sean and I have both been. I remember Dance mix 95 being the first dance CD I really got into. Sean and I were both in happy hardcore in the late 2000’s and then picked up again with the recent resurgence in EDM.

What makes you unique in this industry?

TER: I think it just our mix of styles Sean is also known as SlowMotionNoise and has been making electropop / emotronic (if anyone even uses that term anymore) for like 7 years. We also don’t really try to make any songs in particular genre’s we just make music we like and it kind of just ends up how it ends up.

You did a remix of “Black and White” by  Fighting for Ithaca, do you prefer to do original songs or remixes?

TER: I don’t know really. I think at this point writing remixes is what we are focusing on because it gives people something to relate to but we definitely like to write originals and hopefully as we get known more we can get back into writing more original tracks. Just quickly I want to give a major shout out to our brothers in Fighting For Ithaca for the opportunity to work on the remix of Black and White and having it released on 604 records was an honor.

Is there anyone you’d like to collaborate with that you haven’t had the chance to as of now?

TER: Uhm myself personally I would love to work with Josh Ramsey on a track or Zedd. I think Sean and I are both big fans of Zedd’s work.

You have recently joined the roster of new management company, Snow and Ash Management, what can we expect from this?

TER: It gives us a chance to work with a company that has existing resources and then allows us along with the other artists on the roster to collectively pool our resources to help each other out. I am also childhood friends with Tim Blais ( A Capella Science) and his brother Tom Blais (bassist of Fighting For Ithaca) so there is a very solid communication between us and setting up collaborations is super easy.

What’s next for The Electric Radio?

TER: Well we just recently released a remix of Zedd’s song “Find You” ( https://soundcloud.com/the-electric-radio/zedd-find-you-the-electric-radio-remix )  and completed a remix of the new Coldplay track and will be working with the other artists on Snow and Ash’s management on some upcoming projects.

We always like to include a small “fun” portion in our interviews, so here goes!

If you had to choose one Canadian band/ artist as your favourite, who would it be?

TER: Uhm though they are no longer a band I would have to go with The Holly Springs Disaster they only released one CD but it was the best melodic hardcore album I have ever heard.

TER: Oooh good question! Oddly enough I’m going to go with Vitamin C – Friends Forever. Sappy I know and No we’re not breaking up but yeah we’ve literally known each other forever and we’ve both been in different bands at different points in our lives but we’ve always ended up back writing with each other.

What was the first EDM track that caught your attention?

TER: EDM as we currently know it? Would probably be Scary Monsters and Nice Sprites by Skrillex or Levels by Avicii. If we’re talking like electronic dance music as it has historically been known I’d go with Everytime We Touch by Cascada or even 1-2-3! (train with me) by playahitty

Think back, what was the first concert you ever attended?

TER: First concert we attended together was Blink 182, The Used and Taking Back Sunday (best concert ever!)

What is your “guilty pleasure” song?

TER:  Sean has a list a mile long lol As The Electric Radio I think it would be Playing With Fire by N-Dubz