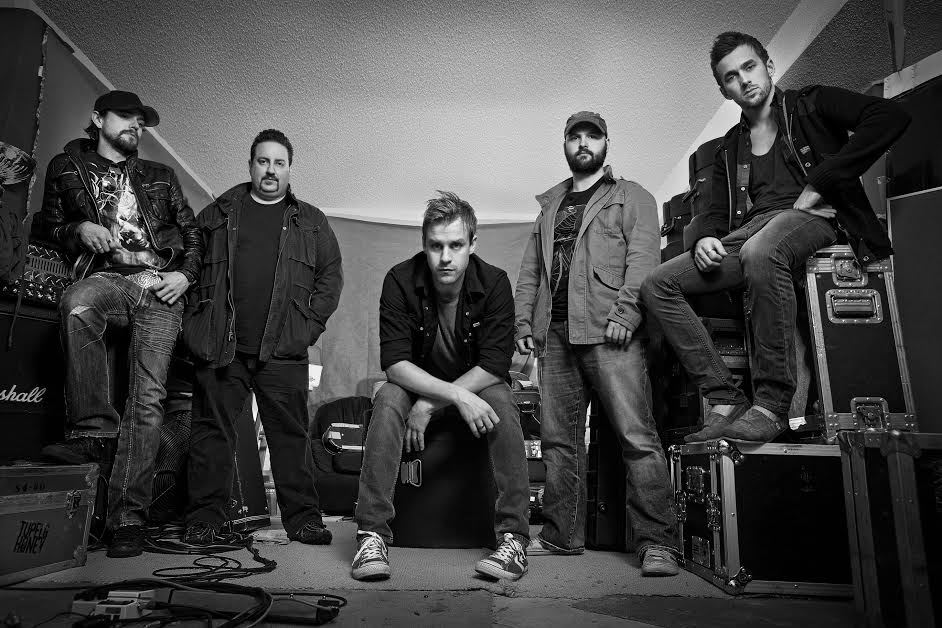 Jenna interviewed Tupelo Honey back in July 2013. Since our last interview with them, they have released their album, ‘Brave New World’. They also released their video for their lead single off of the album, “Halo”, and they are about to hit the road again for a few Canadian shows including at Canadian Music Week in Toronto. We had the opportunity to have a follow up interview with the band.

Since the last time we had an interview with you, you’ve released your second full length album, ‘Brave New World’. What was the response like? Was it what you anticipated?

TH: The response has been incredible! It debuted at #6 on the iTunes rock charts in Canada, we had our video for “Halo” go to #3 on the M3top20, and we were able to partner with Cineplex and Google on a national campaign. So far, so good!

I think the fans are really digging it. It’s an obvious progression as far as our sound as a band goes. This record is very modern and can appeal to a wide array of music fans, which is very exciting for us.

How did it feel when you saw that your album debuted #7 on the iTunes rock charts?

TH: It was great! It actually climbed up to #6 for a while. That was so validating for us as an indie band. We do everything ourselves, so it was a fantastic feeling to be charting above some great, well-established artists. Our friend Matt Webb (Marianas Trench) released a solo record the same day and we kept knocking each other out of the top spot. It turned into a hilarious twitter battle! I think we both ended up making a few more fans because of it!

Are you excited for your upcoming showcase for Canadian Music Week?

TH: Very excited. Toronto hasn’t seen Tupelo play anything from Brave New World yet, and since we had advertisements in Cineplex in Toronto AND  a #3 video on M3, I think we are definitely going to have some buzz around this year’s showcase. Toronto is always one of our favourite towns to play; we always end up having a blast. I’m looking forward to seeing a bunch of old friends at the show as well as Tupelo fans.  Every time we are out there our inner circle gets a little bit bigger!

You’re playing a couple of festivals with big acts this summer such as Big Sugar and Three Days Grace, how did you react when you were asked to play these shows?

TH: I love playing summer festivals, those are the best. Being outside, playing loud rock music and having a beer with my best buds…. Doesn’t get better than that! Over the course of our career, we have been SO lucky to have played several festivals with big acts like these, but every time we book a big festival, I’m just as excited as the first time we booked one.

We recently booked a massive festival called “Tail Creek Mud and Music Festival” in Alberta where we will be playing with Korn, Chevelle, Filter, Five Finger Death Punch, and our buds in Theory Of A Deadman

What was it like shooting the video for “Halo”? Do you have any other songs lined up for videos?

TH: Shooting “Halo” was an amazing experience. We got to work with one of Canada’s best directors Mike Maxxis, who has done several videos for bands like Billy Talent, OLP, Lindi Ortega, Mia Martina etc. Mike made us look WAY cooler than we are in real life haha!

The video was shot in Canmore (AB), Golden (BC), and Revelstoke (BC) and we were somehow able to find the CRAZIEST extreme snowboarders in the world who were willing to participate in the life-threatening stunts. Our producer Blake McWIlliam scoured the local pubs and found some people that were willing to take the crew up to the top of the back country mountains. They helped them get the most insane footage.

The band shots were done in Spray Lakes Park just out side of Canmore. This location was amazing; it was essentially on an island in a lake on the top of a mountain. We shot using the Red Epic camera (same camera used to shoot Avatar 2). It was a great experience!

The video actually won Video Of The Year at the Edmonton Music Awards recently.

What’s next for you guys?

TH: We just released our second video off this record “These Walls”, which is going to Much this week, so we will be promoting that as we move into the summer season.  After touring the festival circuit we are going to be hopefully releasing a third video in the fall before heading back into the studio to keep the creative train rolling!

Finally, anything you’d like to say to your fans?

TH: Yes, you guys rule. We appreciate all the love and help spreading the word about Tupelo Honey. As an indie band, word of mouth is a MAJOR player in keeping our momentum rolling. Keep up the good work! (and if you’re a new fan to the band, we hope you like, follow and subscribe so we can give you some new music to check out)

Make sure to check out all the latest video content on youtube.com/tupelohoneyband.

Follow Tupelo Honey on social media to keep up with their upcoming shows over the coming months: