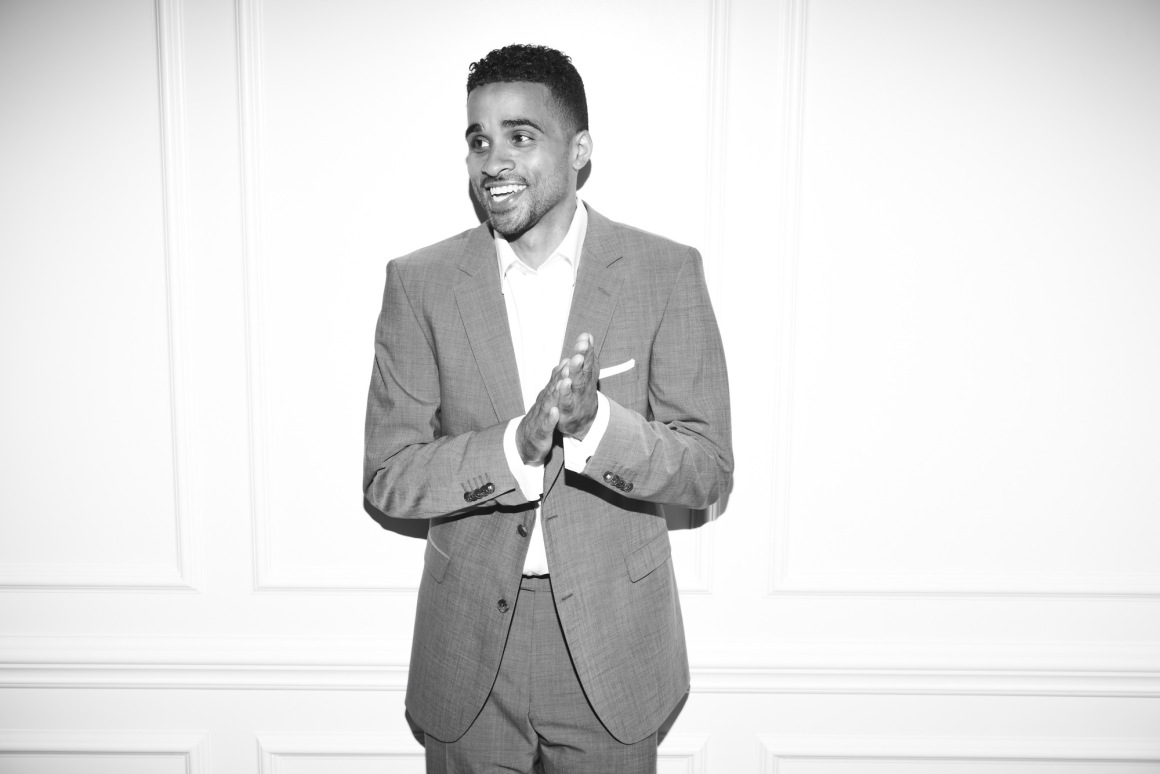 JRDN is a Canadian R&B/Pop artist from Halifax, Nova Scotia. He released a new self-titled EP on February 11 and has been out touring across Canada on Hedley’s Wild Live tour along with Alyssa Reid and Danny Fernandes. We had a chance to ask him a few questions during an email interview, and you are the lucky folks that get to read all about it!

Why did you decide to do an EP after your first album, “No Dress Code” and your breakthrough album “IAMJRDN”?

JRDN: To be honest the plan was to release a full-length album but there were some issues with production and clearances that would’ve taken a lot longer to release the product. Being out of the market for so long I didn’t feel like waiting, I wanted to deliver something to my fans.

Do you think you have grown as an artist since IAMJRDN?

JRDN: I definitely feel like I’ve grown as an artist from being around experienced producers, musicians, as well as songwriters. They have greatly contributed to the process of my growth as an artist.

Your single, “Can’t Choose” is featured on the EP and has gotten a lot of radio play and hit the top 5 on the CHR charts. Do you think it is a good indication of how the response will be from fans?

JRDN: With the success of “Can’t Choose” I believe that the response from my fans will continue to grow.

“Love Ain’t Enough” was recently release to radio. How have the fans reacted?

JRDN: We’ve also had a great response from “Love Ain’t Enough” through my social media outlets. A lot of people relate to love and loss.

You have been on the road with Hedley, Danny Fernandes and Alyssa Reid for Wild Live Tour. How has it been touring with this group of people?

JRDN: The experience was amazing, we all had a great time together and they definitely are a great group of artists to be on the road with.

Most of the Canadian Beats writers have saw the Wild Live Tour, including myself (Jenna) in Halifax on March 18, you are originally from Halifax and had a lot of family and friends in the crowd, how did it feel to play on the Metro Centre stage in front of them all?

JRDN: Playing in my hometown of Halifax at the Metro Centre has always been a dream of mine. To be able to check it off my bucket list was amazing and to share this with my family and friends was really special. Especially because my grandmother was able to be in attendance.

You dedicated your song, “Top It All” to your parents in Halifax, which was one of those “goosebumps” moments for me, and I’m sure many others in the crowd, was that song written for your parents?

JRDN: Actually, my producer Sammy wrote this particular song. It was definitely written with family in mind.

One more thing about the Halifax show, during one of your songs other local artists including Classified, Ghetto902 and Mike Boyd came onto stage to perform with you, was this planned or was it a surprise?

JRDN: Yes, that surprise was planned a few weeks prior to the Halifax show.

What has been your favourite moment on the Wild Live tour up until now?

JRDN: My favorite moment from tour was being able to perform in my hometown, and seeing the look on my families face while performing “Top It All.”

JRDN: I plan to release a full-length LP before 2015. Also, I am working on a mix-tape and a group EP.

As usual, we like to ask a few fun questions for the fans:

Who are some of your biggest Canadian influences?

JRDN: The Dream Warriors, Maestro Fresh Wes, MCJ & COOL G, Tamia, and Gleen Lewis are all Canadian artists that have influenced me musically.

If you could set up your dream tour with anyone, dead or alive, who would it be?

JRDN: Marvin Gaye would definitely be the first choice for the tour of my dreams.

What is one song that you can’t stop listening to?

JRDN: The song I can’t stop listening to is “All of me” by John Legend.

Do you have a secret or weird talents?

JRDN: Not that I can think of. I do love swimming and I believe that I swim like a fish at times.

Anything else you’d like to say to your fans?

JRDN: To my fans thank you for all the support over the years. You have kept me going to this point and I love you for that.