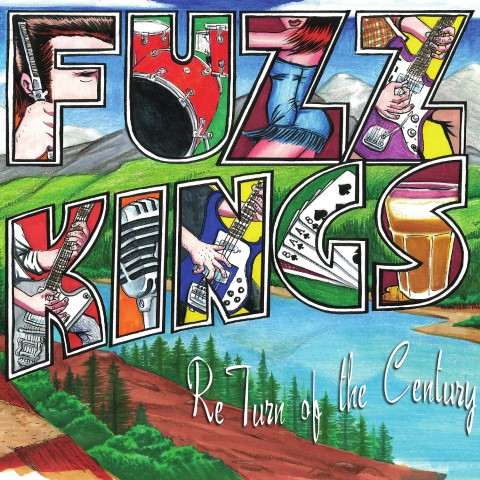 Edmonton band The Fuzz Kings have released their first full length album. The 10 track release is a blend of rock that sounds like it came from the Buddy Holly era and a bit of blues. It may sound like an odd combination to some, but it does not disappoint.

Although it isn’t the usual brand of rock that I listen to, I was pleasantly surprised by how much I liked it. If you wanted to get a feel for the album, you would have to listen to “Crawlin’ Outta Bed”, “Life Lessons”, “Born Yesterday”, and “Maybe You Don’t Know Me At All”. There’s also an instrumental song, “Republican Haircuts” that shows off their ability of playing music.

Over all, I was impressed with this album and would highly recommend you buy it, or at least give it a listen. Once you do, you will want to buy it too. Even if you don’t think you’d like the music, you have to give it a chance because you could be surprised at your reaction like I was.

The Fuzz Kings on social media: