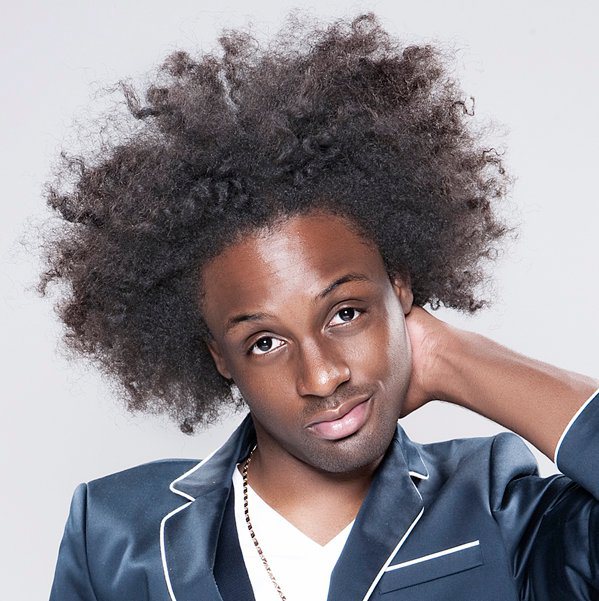 Kaymbo Shines is an Atlanta-based Canadian hip hop artist, who is originally from Montreal. “Good To Me” was written by Kaymbo after hearing the news that his mother had suffered a stroke, and was comatose in the hospital, thousands of miles away in Kinshasa, the capital city of the African nation of Congo back in 2012.

“Good To You” has helped both Kaybmo and his mother through her recovery, with the uplifting message it portrays. If you have yet to hear the song, be sure to watch the video here:  https://www.youtube.com/watch?v=TvBGYDa_fEE

I had the chance to ask Kaymbo Shines a few questions about his background, songwriting and his future in an email interview, I strongly recommend you continue reading to find out more.

When did you begin writing music?

KS: I think I wrote my first song in elementary school, a friend of mine had a group called “the smashing coconuts” and I went home and decided to write a song for them, then later I wrote songs for a group I had with my little sister, but professionally I started writing music for other artists in 2012.

You are originally from Montreal, but are now based in Atlanta.  Was the move based on your music career? Do you find the music scene differs a lot between Canada and US?

KS: I moved to Atlanta to be closer to the music industry. After I inked my situation with Defient-GrandHustle, which is based in Georgia, it only made sense to establish myself down south. The hiphop scene in Atlanta is huge so there’s a lot of opportunities when it comes to production and writing

You have recently released your single, “Good To Me”, which has strong meaning to you, can you tell me about the writing process behind this song?

KS: As soon as I heard the instrumental, I knew the song had to be about something profound. I wrote the choruses first and then I used the verses to detail the situation I was going through at the time.

Tell us about the video for “Good To Me”.  What were the highlights for you when making the video?

KS: We shot the entire video in one day, we started at 7 in the morning until late in the evening. I never thought it could be so tiring, I was exhausted but the team I was working with was great! We shot the video in Bombay Beach, California, it’s an abandoned region, it really set the tone for the video, it’s like smiling through the tears, it’s happy but sad at the very same time.

KS: it varies, I don’t really have a favorite artist, I’m more of a songs fan. I LOVE melodies, I grew up listening to a lot of Congolese music, and I think that’s where my inspiration comes from.

Let’s talk collaborations —  if you were to do a duet with any Canadian female artist, who would you choose?

When can your Canadian fans expect to see you on tour?

KS: As soon as I release my five song project, my next focus will be performing my songs for anyone willing to hear them

At Canadian Beats we are all about Canadian music, so please tell us who your favourite Canadian bands/artists are right now?

KS: Right now I love Justin Bieber’ song “Confident” a lot, it’s a super catchy. I really listen to everything, I love Hedley’s “Anything” all the way to Glenn Morrison’s “GoodBye”. I love individual songs more than artists.

KS: Good To Me is part of a five song project I’ll be releasing this spring.

We love asking random questions, so your fans can get to know you better.  How old were you when you performed in front of crowd?

KS:  hmmm, probably 10 or 12, I’m not a singer, but they had me singing ALONE in front of the entire church, it was awful. My first professional performance was actually in Times Square, there was a showcase and I performed with D’amyka, it was in the same club they shot the “Hate me now” video by Nas.

KS: We are the world by Michael Jackson

If you could go on tour with anyone, who would you choose?

KS: that’s actually a good one. I guess I would have to say Kanye.  I love the energy  he has when he performs, I love his decors, animation and costumes, it doesn’t even look like a hiphop show!

What is your all-time favourite sweet treat?

KS: Skittles! red bag, blue bag I love them all. The other night in Atlanta, I went to Wal-Mart at 2.am after the studio, and they had this 2 POUNDS bag for 7$! I was in heaven.

How often would you say you attend concerts? What was the last one you attended?

KS: I love concerts I used to go see anyone who would come and perform at the bell center, but lately I haven’t had the chance to catch live performances, I think the last time was Kanye West in Montreal.

Do you find social networking is an important tool in the music industry?  Why?

KS: I think it’s important, but it can’t be your only approach, I never had Macklemore on my friend’s list but his music got to my ears. It can definitely help new artists, It’s also a great way to get more information on the industry and contact executives.

KS: THANK YOU FOR LISTENING! There’s so much music out there,  that it’s a blessing to have anyone listening to your songs.