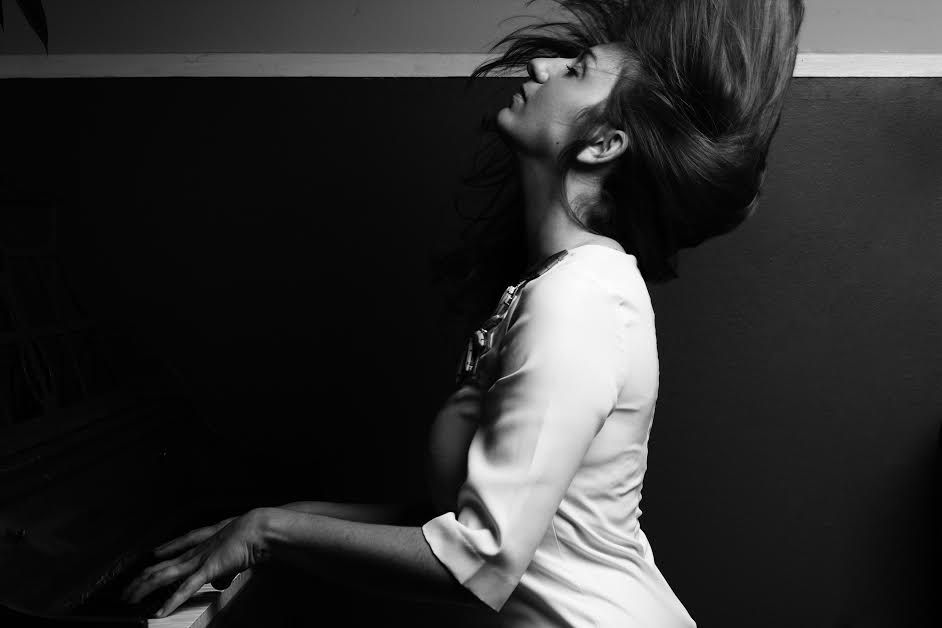 Montreal singer/songwriter, Julie Crochetiere is set to release her 4th solo album on May 6, and we were lucky enough to secure an email interview with her to talk about her career, the upcoming album and her future. Continue reading to find out much more about this talented Canadian artist.

When did you know that you wanted to pursue music as a career path?

JC: I guess I made this decision when I chose to study Music in CEGEP in Québec. My mom at the time had suggested I do a “double major” with a plan B “security option” because the music biz is so hard. But I said I wanted to give music my full shot. It is in fact a tough industry and I always thought that Plan B quickly becomes Plan A if you have an escape route… but hey, I’m still here.

How would you explain the Montreal music scene?

JC: It’s important to know that I was 19 when I moved to Toronto. But every time I come home to do a project, the Montreal music scene feels like a community that embraces all kinds of music and is very adamant about staying authentic and true. Montreal in general feels warm and creative.

You will be releasing your album, “Counting Dreams” on May 6, what can you tell us about that?

JC: I can tell you that this record has been “checked off” of my dreams list. It’s a simple album that features acoustic instruments and that reflects many of my deepest musical influences. This album although it’s quite minimalist in production is all about tone, richness in the sounds, but completely humble. The songs get to speak and I’m so happy that it turned out the way it did. I’m extremely proud of it.

Can you take a moment to explain to us how your songwriting process goes? What influences you when writing?

JC: I’m inspired to write when I’m moved by something that happens in my life, or something I witness. Most times it’s struggles or sad events, but sometimes I’m just touched by someone’s spirit. For example, my neighbor just mentioned to me in casual conversation on his way to the grocery store that his doctor told him he only had 6 months to live. He said he was fine with it cause at least he knows what’s ahead and can plan for it. He said he had such a wonderful life and was thankful. It was quite disarming. It inspired Who’s Gonna Love Me Like You Did.

Is there one specific song on the album that has strong meaning to you? Which one?

JC: All the songs have strong meaning for me on this record. Off the top of my head, Counting Dreams is a song that summarizes my last 2 years in a nutshell. It’s about the little things, the little dreams coming true one at a time, and forming my happiness. It’s about being brave enough to believe in dreams that seem unrealistic. I guess for many people that is the concept of “Dreams” but for me, being raised by 2 engineers, my rational mind often takes over, and if I can’t see how to make things happen from start to finish, I just keep it on the back-burner. And recently I’ve decided to put wheels in motion for dreams I didn’t have an official plan for. This record is one of them. And see? Here it is.

You will be doing a showcase in Toronto on May 2 and a showcase in Montreal on May 14, how can fans get more information on these two showcases?

JC: www.juliec.com is the best place.

When doing a show, how do you choose which songs you will perform?

JC: This record has it’s own vibe and it’s pretty continuous throughout so I feel good playing any of them really. When I have a string section with me (like in Montreal), then I try to make sure to play all the tunes that have strings because it’s such a treat to
have them on stage with us. Otherwise, Fans can expect a feel good and very intimate kind of vibe when coming to the shows, even when we are doing the full band shows. Bring a blanket and your favorite person.

What can fans expect from you in the future when it comes to touring?

JC: Well one of my other dreams is to tour the world playing my songs with my band. We are in the process of booking shows and I’ll post them on www.juliec.com/shows.

Who would you love to tour with, if given the chance?

JC: Artists I love are James Morrison, Aloe Blacc, Adele, Ray Lamontagne, etc. But I gotta say if Bill Withers ever went on tour again, that would be another dream.

JC: Daniel Bélanger’s music and lyrics have always been a benchmark. KD Lang shakes my soul when she sings, Serena Ryder is impressing me right now, Paul Anka wrote the classics I’m trying to write, Feist inspires me, and my Friend Haydain Neal from Jacksoul is at the top of that list.

When I look at the music industry today, social networking has become a huge part of it, are you a fan of social networking? Do you believe it’s important to take advantage of the free publicity that it offers?

JC: I’m a little old school when it comes to most things and so Social Networking is something that grew on me over time. I now enjoy it more than before. The only issue is I find it can tend to take over your life. People use it so much it’s almost like it’s altering our social skills as a society. It scares me a little but I do recognize the value of the publicity it offers, especially as an artist. The bottom line is: I’m there. I post, I read, I laugh, I watch videos and tag. But I’ll take a handshake or a hug over a “poke” any day.

Favourite album of all time?

JC: It’s a toss up between “Bill Withers Live in Carnegie Hall” or “Roberta Flack and Donny Hathaway”

JC: first thing that comes to mind is something Bill Withers said. It was something like this: “My memory of the music business is a bunch of guys straight out of rehab asking me if I’m gonna put horns on it”.

JC: I’d like to thank my fans for their continued support and welcome new listeners into the world of Counting Dreams.

Share this:
Related ItemsCounting DreamsJulie CrochetieremontrealQuebecRed Umbrella PRWho's Gonna Love Me Like You did
← Previous Story Interview – Stand Up and Say No
Next Story → Interview – Bombproof The Horses