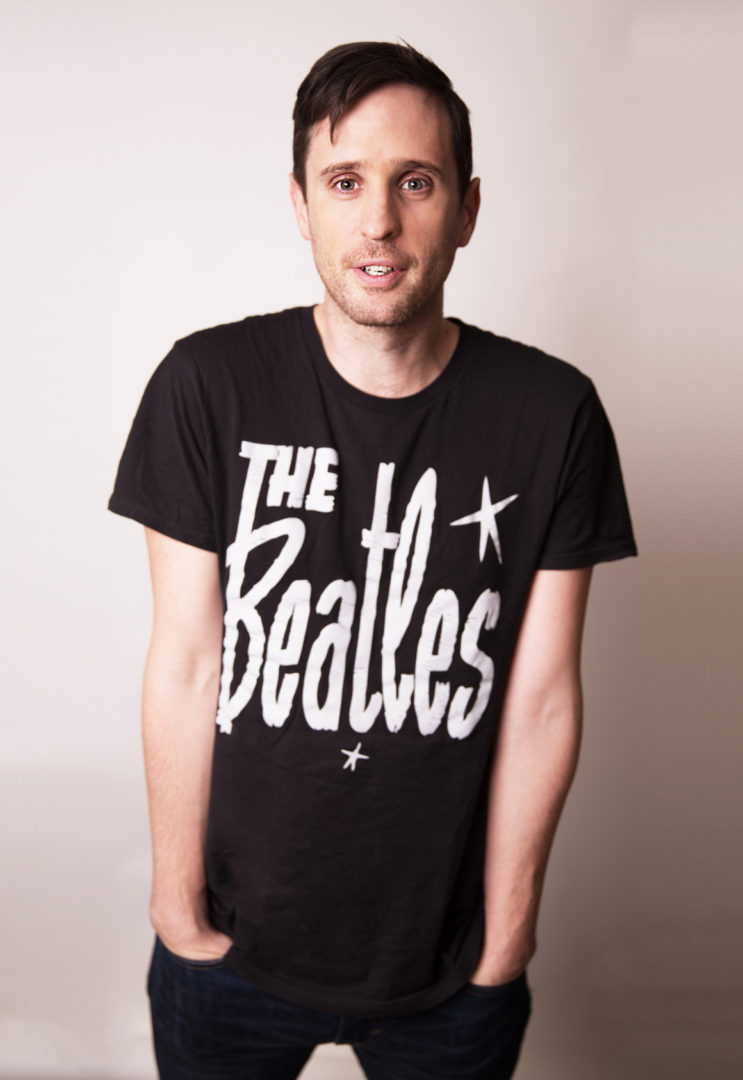 Marty Zylstra is a singer-songwriter from Vancouver. Previously in the pop band called Sweetheart, Zylstra has gone his separate way and started recording his own EP. His sound has gone from the power pop of Sweetheart to something rock inspired. He has big plans for his solo career, so read this interview to find out more!

What made you decide to do solo work?

MZ: I have been writing songs since Sweetheart began that either didn’t fit the band stylistically, weren’t really finished, or I didn’t show anyone because they weren’t ready for the world.  As I’ve “grown up” I’ve lately wanted to create something that showed a different more adult side of myself and these songs are my attempt at that.  Also, I really loved playing and writing within Sweetheart and we accomplished many great things, but I wanted to play with my other friends within the Vancouver musical community and I think this is a great opportunity to do that

What happened to Sweetheart?

MZ: We’re talking about Sweetheart like they’re a dead uncle.  They’re not.  The music is still there.  The music is available to be heard by people and it exists forever within the cosmos!  I’m not counting that band out forever, I just need to do something new and creative.   I wouldn’t be against writing and recording a song or two with those people again

Do you all still keep in touch? Are they supportive of your decisions?

What can you tell us about your EP? Do you have a name yet?

MZ: For now, I’m releasing songs 1 by 1 in a digital format.  I may package them together in a short-run CD and add a remix (wink wink) to turn it into a 4 song vibe.  For now though, there are 3 songs to be released in the next 5-8 months with accompanying videos, merch, and a number of local and regional shows.

When is the expected release date?

MZ: The first song is titled “Nothing Goes My Way”.  It will be released on the week of May 17th with a pre-sale date tba!

Is there any sense of Sweetheart’s sound lingering in your stuff?

MZ: I think that as 25% of that band for so long, if you’ve heard SH you’re going to hear a piece of it within my solo music.

What influences you to write your lyrics?

MZ: A good friend of mine Dominique Fricot said that my music is written from domestic happiness versus his lyrical themes of hearbreak.  I don’t think there’s anything wrong with that!  I write from an introspective place in a happy part of life.  I’m hoping that my happiness shines through.  I also have a twisted sense of humour and sometimes that emerges.  Nothing goes my way is a funny view.  It’s the view of how tiny things can set off your normal day.  Like maybe you’re walking to work and the wind ruins your umbrella in a sort of hilarious Charlie Chaplin comedy sketch.

You were recognized on CBC and were nominated for the Spotlight competition. How does it feel to get that type of recognition for your solo stuff so soon?

MZ: I posted Nothing Goes my Way on the CBC page so that people could get an initial taste of what I’ve been doing!  Canada’s music industry supports independent music through so many awesome initiatives such as CBC’s Searchlight, FACTOR, and campus radio and I think it’s awesome

What are some of your Canadian influences?

MZ: I love Canadian bands.   Sloan was one of my first favourite bands.  I’ve followed the career of Hot Hot Heat, Sam Roberts, the Dudes, Tegan & Sara, and Mariana’s Trench since playing with all of them in the past.  They’re all fantastic.  Canadian bands that resonate with me these days are Hollerado, Mardeen (from PEI), and a bunch of local Vancouver groups such as Boyfriends & Girlfriends, Jody Glenham’s new record is brilliant, Dom Fricot, the Pompadoors, Rolla Olak, ACTORS, there is a lot of cool stuff happening right now in Vancouver!

MZ: My launch party hasn’t quite been officially announced but I’ll announce it to you!  My first official solo show with my full band which I’ve named “the CANADAs” (aptly, I think) is on May 17th, 2014 at FanClub (19+)!  There will be some fun surprises, fun guest appearances by many of my friends, and it will be a really fun time!  I’m also going to hopefully playing a bunch of other shows in and around BC including an all ages events so I hope people stay tuned!

So, we have a tradition with every interview that we like to ask a few fun questions for the fans…

MZ: I saw a bunch of punk rock shows throughout high school but the first ever “real” concert where I went with my buddies to the big city (Vancouver) was the Red Hot Chilli Peppers!

What song can you not help but sing along to?

MZ: Got my mind set on you – George Harrison

You make my dreams come true – Hall and Oates

If you could trade places with one artist for the day, who would it be?

MZ: Musical?  Neil Young.  I’m reading his book right now and he just has an amazing view of the world.  I’d like to see inside his brain!

MZ: Musically?  Pop music.  This new song called “Rude” by Magic! Is stuck in my head at all times!

If you could tour with any two other bands/artists who would they be?

And finally, is there anything else you would like to say to your fans?

MZ: I can’t wait for people to hear my solo music!  Follow me on facebook (http://www.facebook.com/martyzylstramusic) and/or twitter (http://www.twitter.com/martyzylstra) for updates and release schedules!  Also, make sure you email me: info@martyzylstra.com if you have any questions!