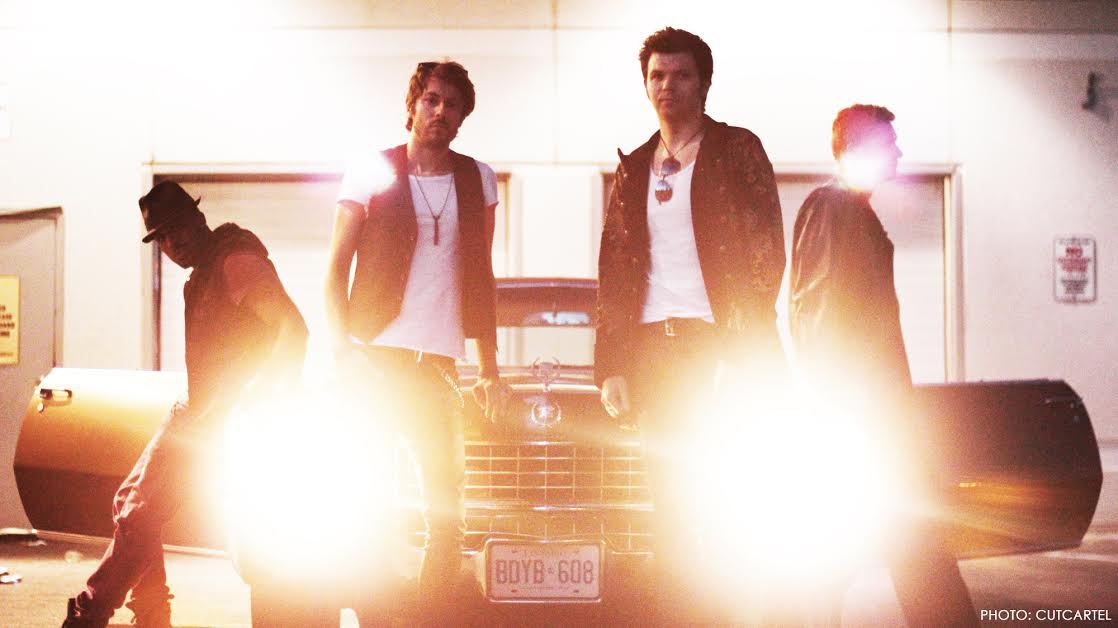 If you’re a dedicated Canadian Beats reader, I’m sure you have read something about The Lad Classic in the past, but we had the chance to catch up with Paul & Ben and got to do an email interview, and we think you’re really going to enjoy learning more about this Toronto based rock band.

How did you all meet?
(B) I met Josiah (drummer) by chance at a music store I was working at in 2010. Paul and I later met each other through an ad on Craigslist for musicians seeking musicians and we met Mark at a venue in downtown Toronto called Cherry Colas in 2012.

How did you come up with the idea to release two EPs, one acoustic, one electric?
(B) That was actually an idea our producer Damon de Szegheo came up with one day in the studio while we were recording our current EP ‘Thunder’. He thought that showcasing two different versions of our music would be unique and appealing to our fans and new listeners.

(P) The general concept for both would be “The lightning always comes before the thunder” so in this case, the acoustic (lightning) before electric (thunder).

How has the response been from these EPs?
(B) It has been fantastic. People seem to really enjoy it and judging by the feedback, it’s being received quite positively.

Which was the funnest to do, acoustic or electric?
(B) They were both quite enjoyable for different reasons. We were excited to try something we haven’t done before and playing/hearing the songs acoustically was refreshing but somewhat difficult to pull off at the same time. I really had to have the tunes tight on the acoustic guitar-which is a different sensibility than playing electric guitar-otherwise the parts sounded almost unrehearsed even though that wasn’t the case at all. Electric is a totally different approach. Loud is fun within reason and experimenting with tones is often enjoyable.

Can you explain your writing process to us?
(B) Typically how it works with us is that I’ll write the music and have a rough idea in terms of arrangement. Then I bring it to the other three and we’ll jam on the ideas. From there, Paul will take it home and write melodies/lyrics and then come back over the next few rehearsals with ideas and see what we think. The four of us are very open and supportive of each others suggestions. From there, the song starts to take shape.

What can fans expect from you next?
(P) Right now we’re lining up a number of dates and expect to be on the road for a good chunk of the year promoting this EP. At the same time we’re about 15 – 20 songs into writing for the next one, and at sometime this year will be heading back into the studio to record some new material which we are excited about.

Will you be setting out on tour anytime soon?
(B) Yes we will. As it stands right now, our summer is booking up quite rapidly. We will be hitting the east coast by the end of the spring / early summer, and there are many other dates coming up within Ontario as well that we will be announcing.

Where is your favorite place to tour up until now?
(B) Up until now, I’d probably say Halifax. I’m actually from Nova Scotia and the support from the people back home is amazing. Very, very supportive.

Is there any specific band or artist that you would love to tour with?
(B) Oh man, there are so many! Off the top of my head, probably Big Wreck. If Led Zeppelin were still together, there’s no question it’d be them.

When you’re on the road, what could fans find you doing in your spare time?
(B) Probably having a beer with them and getting to know them. We love meeting new people who come out to the shows. It’s always a pleasure getting to know a bit about them. Aside from that, listening to music maybe, reading. Normal stuff.

Have you had any funny tour moments that you’d like to share?
(B) Well, it wasn’t funny to me so much, but I’m sure the other three found it quite entertaining when they got to sleep on pull out beds and couches and I had to share a chair cushion on the floor with two of my friends who were quite inebriated. We stayed at my cousin’s house and she is a relatively quiet person. She didn’t know what she was in for having to deal with a rock band at 2 in the morning after a show. That was quite entertaining to me.

You are quite active on twitter, do you find that social media has become an important part of the music industry? How do you feel about that?
(P) Absolutely! It is a nice tool to have to help get yourself out there. We’ve met and gained a number of fans just from being active on Twitter alone.

I think it’s great that social media is a part of the whole process because it’s another way to interact with fans and exposure. I think the problem you can get into is relying solely on social media for your marketing approach. It needs to be used along with the old fashioned approach of touring and hitting the pavement.

Let’s have some fun and find out some of your favorites.

Favourite outdoor activity?
(B) One is too tough..It’s between frisbee, biking and swimming.
(P) Running.

And last but not least, is there anything you’d like to say to your fans?
(B) Absolutely. To our fans: You are the ones who are responsible for making what we do possible. If we didn’t have you giving us your incredible support, we wouldn’t be able to have this wonderful opportunity. Unfortunately, some bands out there tend to forget that sometimes but I can promise you that we won’t. Having said that, thank you.