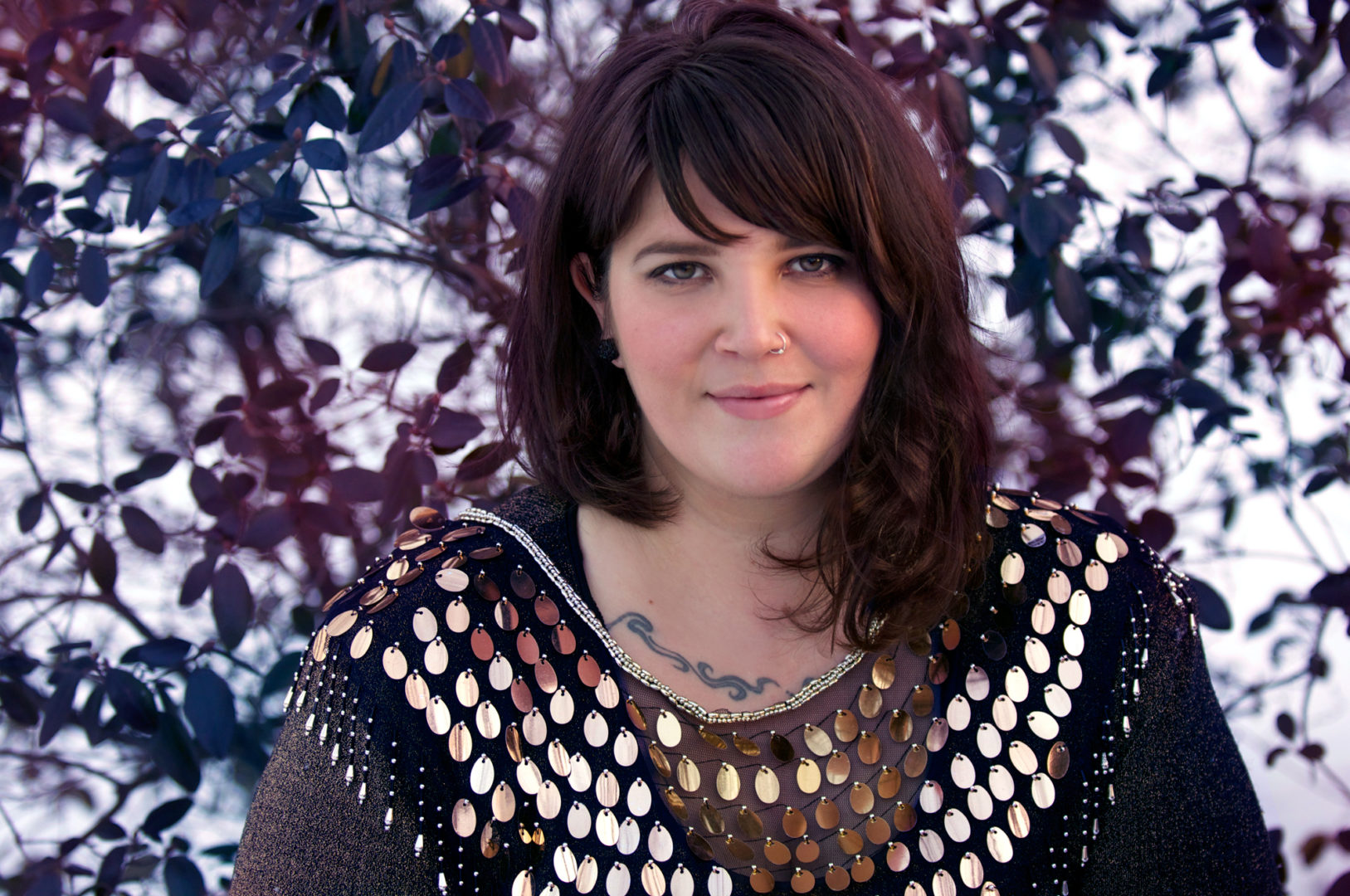 Kim Harris is a Halifax based musician, who is set to release her debut album, “Only The Mighty” on April 17, I had the opportunity to ask her a few questions before the release. Also, be sure to keep an eye out for my review of her album, which will be posted on release day!

When did you know that you wanted to pursue music?

KH: I have always been a singer, but I realized about two years ago that playing music for people was a tangible thing and I just belly flopped right in. I started opening shows for friends and it’s just been a little snowball roll ever since.

You are originally from Newfoundland, but are now based in Halifax. How would you say the music scene differ in each area?

KH: I don’t know the scene in NL well. I know it is constantly pumping out gorgeous musicians but I have only played there once! When I was home I was a classical singer, so quite a different area and hard to compare.

You have performed at Halifax Pop Explosion, East Coast Music Awards, Nova Scotia Music Week and more, what has been the highlight of your music career, up until now?

KH: I think putting together a band full of beautiful and extremely talented people has been a huge highlight for me. They have led my songs to a completely different place playing live. So many shows have been made so much more special because of them. Recording with Dale Murray and playing a show at the Rebecca Cohn Auditorium in Halifax with Sam Roberts, Matt Mays and Brian Byrne have also been major highlights for me.

You will be releasing your debut album, “Only the Mighty” on April 17, what can you tell us about that?

KH: Yes! I am beyond excited. The album has been out in the world since the end of February but on April 17th I will play a show to release it in Halifax where I live! An amazing band, Dark for Dark will warm the stage.

KH: I find the intricate connections between humans very inspiring and also the connections with animals and nature. How we are all travelling through our days alone but actually living so deeply parallel to one another. I have definitely been realizing what inspired these songs more and more since the album has been out in the world and I have been talking about it with people.

What song has the most meaning to you?

KH: I think The Weight of it All tends to resonate very deeply with me. There was a shift with writing that song. I figured out what I can provide as an artist with pure honesty.

You worked with producer, Dale Murray on your album, how was that experience?

KH: Phenomenal. Dale is brilliant and is a talent beyond this world. He is kind, solid and he was able to take my abstract ideas and make them into exactly what I was looking for with this album. He also has pretty wolf eyes. Never a bad sign.

Canadian Beats is all about Canadian music, who is your favourite Canadian band/ artist?

KH: I have loved Feist for a very long time. She would have to be my number one.

Do you have any upcoming shows that you want to tell us about?

KH: I am playing CMW May 10th in Toronto and am very excited.

If you could tour anywhere in the world, with any other Canadian artist, where and who would you choose?

KH: I would like to take a bunch of my musician pals from Halifax in a big bus and travel all over Newfoundland playing every little church in every little town. I mean, that’s obviously before Feist and Florence and the Machine take me to open their world tours. Just a warmup. Ha!

Now it’s time for our “random” portion of the interview, get ready, and GO!

What is your favourite Disney  movie of all time?

KH: anything that mixes chocolate, whip cream, custard and raspberries. Get into my mouth.

KH: I’m obsessed with Bob’s Burgers right now. I laugh out loud alone to it.

KH: I’ve always loved the sky around 4 o’clock in the fall. But I’m a total night owl. I like around 11pm onward as everyone else in my house is asleep and it’s kind of magic time.

Favourite song to sing karaoke to?

KH: Maps by Yeah Yeah Yeahs or That Thing by Lauryn Hill

KH: I just love a good laze around! Eating raspberries, being outside, cuddling my dogs!

KH: Yes! Dear fans, I try to tell you all the time what you mean to me because that is very important, but thank you endlessly forever! I can’t wait to share more music and more weirdo things about myself that you can giggle at. If you ever want to bring me treats, bring white freezies or snack and a half ice creams! If it’s too warm for that and they will melt, I trust you to surprise me based on all the information provided above.