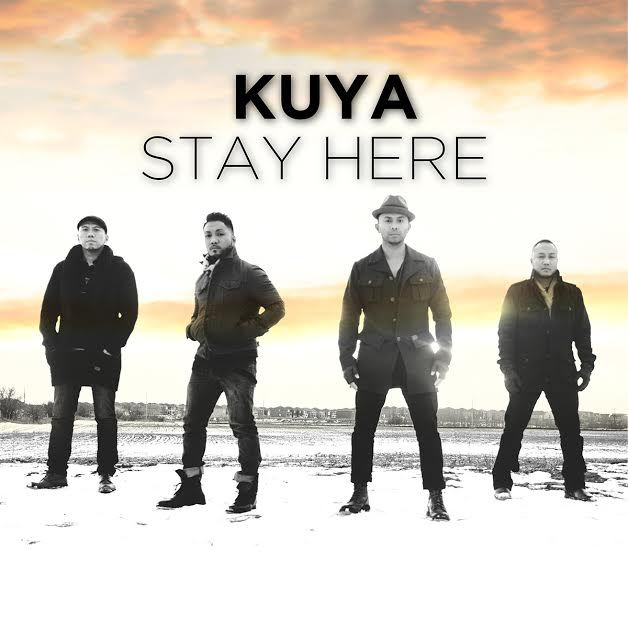 Toronto R&B group Kuya consists of four members, brothers Sammy and Bobby from Toronto, and Johann and Jayson from Montreal. Before the group made their comeback, Sammy and Bobby were known for their production of music and started up Kuya Productions. Over the years they had worked with artists such as Jesse McCartney, Big Time Rush, Akon, and many others.

After about 10 years out of being a band, they have gotten back together and are ready to release new music. We were lucky enough to have an email interview with the band. Keep reading to learn more about them and their new music.

What made you get the band back together?

Kuya: We’ve always been close to each other  no matter what the circumstances might be. But it was because of this song and the message that it got us to realize that this was something really special. That’s all it took to inspire a comeback.

Kuya: We grew up listening to artists such as Prince, Michael Jackson, Stevie Wonder, and Donny Hathaway. But really it was our love for 90s R&B. Seeing groups like Boyz II Men , Jodeci and Dru Hill made us believe we could be up on stage together as well. It was that time in music that Kuya was formed.

Kuya: Would love to work with Prince and feed off his creative genius. Also the Beatles. Their songs always had a story, which were always genuine. And you saw their progression of their artistry as a band, with every album that came out

Kuya: I would define our music as alternative R&B and I would suggest listening to artists like Mikky Ekko. James Blake, Daley and Sam Smith.  “Pull Me Down” By Mikky Ekko would be a good reference.

Kuya: Do You. Own your music and stand by it. OH….and if your going to do it, you will need to invest into your craft and think long term. Make the right connections, get out there and play live. People will feel it and want to follow and support it.

Kuya: Absolutely. Whether it was being artists ourselves, to writing and producing. All four of us have performed since our childhood.

Do you feel that being in production for so many years gives you a different perspective on writing your own songs?

Kuya: Yes because we’ve learned so much from working with artists In different genres. Also we’ve produced some successful radio singles and know what it takes to write a hit song. This knowledge is a great foundation we use and apply when writing for our own project.

Kuya: It depends. Some days  humming a melody can trigger an idea.  Other times a lyric or concept may set it off. We try to stay open and ready as the ideas come along.

What’s one thing fans would be surprised to know about you?

Kuya:  We do not live in the same city. We’re corny dudes that enjoy corny jokes

Kuya: Hot women, a  guitar and some sunblock

For more information on Kuya, check out the links below: