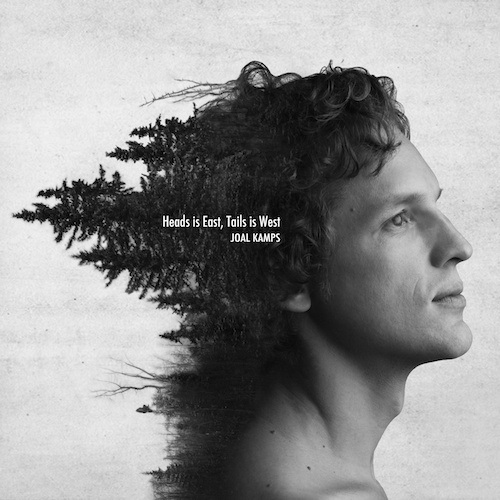 Joal Kamps is an award winning singer/ songwriter from Calgary, Alberta. His debut album, “Sojourner” won an Album of the Year award at the 2012 Western Canadian Music Awards, and his first single, “Take My World Apart” won Song of the Year at the Independant Music Awards in 2012.

Now, he has released his brand new album, “Heads is East, Tails is West” which is inspired by Albertan history and Rocky Mountain folklore. I was asked to review this album, and I am pleased to say, I enjoyed every minute of it’s unique sound.

The opening song, “Heads or Tails” starts the album off on a strong note. I can see that this song would appeal to the majority of pop listeners, as it has a stronger pop feeling than some of the other songs on the album.

The fourth song, “Years From Now” has to be my favourite from the album, the best way for me to describe it to you would be to say that it calms the soul. When listening, I can’t help picturing my husband and I “years from now”, it makes me smile when I hear the lyrics, “Years from now, we’ll be sitting in the kitchen, talking over coffee, while playing footsies down below”. It really is one of those songs that pulls on your heartstrings.

The last song that I want to tell you about is the eighth song, “Coal Miner”, I chose this song because I wanted to include a more folksy tune in my review. Of all the songs on the album, this is the one that I think would attract a different type of fan. I can see that fans of Folk music and even bluegrass could enjoy this song. That being said, Joal continues to carry that unique sound that can only be described as “Rocky Mountain Folk-Pop” that he has coined to explain his sound, which makes me believe that fans of all genres would be able to enjoy it.

This album is far and above what I had hoped for. Each song follows the “Alberta inspired” theme. I can picture sitting out by a campfire and listening to these songs, that would be a perfect, relaxing getaway from the stresses of daily life. Great job, Joal!